MMA Is Growing, but What’s the Problem? 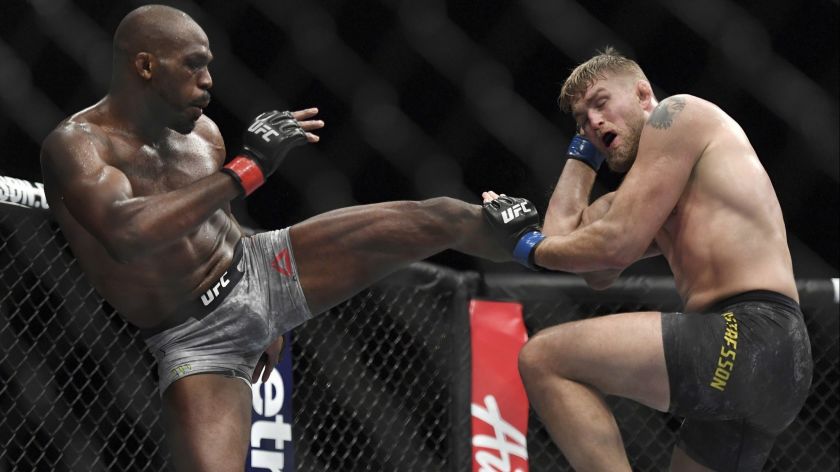 MMA was not supposed to be as popular as it is today. With the UFC having a multi-billion dollar deal with the largest sports network in the United States, ESPN. Also with smaller promotion Bellator MMA having a deal with DAZN which is the largest sport streaming service in the world, who currently has the former president of ESPN, John Skipper as their executive chairman.

MMA was always bizarre to watch. UFC 1 had no weight limits with no rules. It was rough, some of the competitors who got in the ring had no business being inside. People barely watched, but the sport prevailed, chugging along like the little engine that it was.

At one point it was more pro wrestling than it was established sport. With novelty acts like Bob Sapp, who fought for the Japanese MMA promotion Rizin in 2018. It took time before MMA was considered more than just the savagery of men beating each other senseless.

Now the sport is mainstream and some diehard fans of MMA, are not responding well to this. After the first UFC PPV of 2020 ended with the cosmic destruction of fan favorite Cowboy Cerrone by Conor Mcgregor, many fans and MMA aficionados were not happy by the analysis by one Stephen A Smith.

While I agree Stephen A did have very harsh words to say about Cowboy, how upset can we be as fans of the sport? Networks like ESPN and Fox Sports 1 (the former home of the UFC), have a plethora of talk shows that say things like “choker”, “not ready”, “just not good enough” about plenty of athletes across various sports.

Hardcore fans cannot have it both ways. They cannot want the sport to be bigger and wish for fighters to make more money, and at the same time want it to stay in the fighting bubble. More and more casual fans are watching the sport. This is a great thing for MMA. It is not a change entrenched fans should be resistant to.

This is what professional sports are meant to do. Grow in popularity, to have casual fans eyeballs on the product. Almost 100 million people watched the Super Bowl in 2020, how many of those people are casual fans?

Relatively speaking MMA is still in its infancy stage as a sport. Boxing has more than 100 years’ worth of tradition. The NFL just finished celebrating its 100th year as well. The UFC is the oldest MMA promotion and it just turned 25 last year.

Let us all be happy the sport has grown so much and that it is easily accessible instead of complaining about people who get paid lots of money to expel opinions and give predictions on on games and matches that are impossible to predict.. This is the beauty of all of sports; Maycee Barber who fought on the UFC 246 prelims was a huge favorite over the always game Roxanne Modafferi. Many experts of the sport picked Maycee to win by a landslide. The outcome was Roxanne grinding out a decision win.

This is sports, everyone is a critic. Deal with it, and be glad MMA and its athletes are getting the shine it deserves for the entertainment they provide.

This Saturday you have Jon Jones vs Dominic Reyes, and this fight has the potential to make new fans of the sport as well. Jon Jones is looking for another title defense to add to his record. While the undefeated Dominic Reyes is looking to defeat someone who many feel like is the GOAT.

If you are looking to become a new fan below I have placed links that will help you in subscribing for ESPN+ and get UFC 247: Jones vs. Reyes. It’s going to be historic regardless of the outcome.