When Will We See Andre Roberson Again? 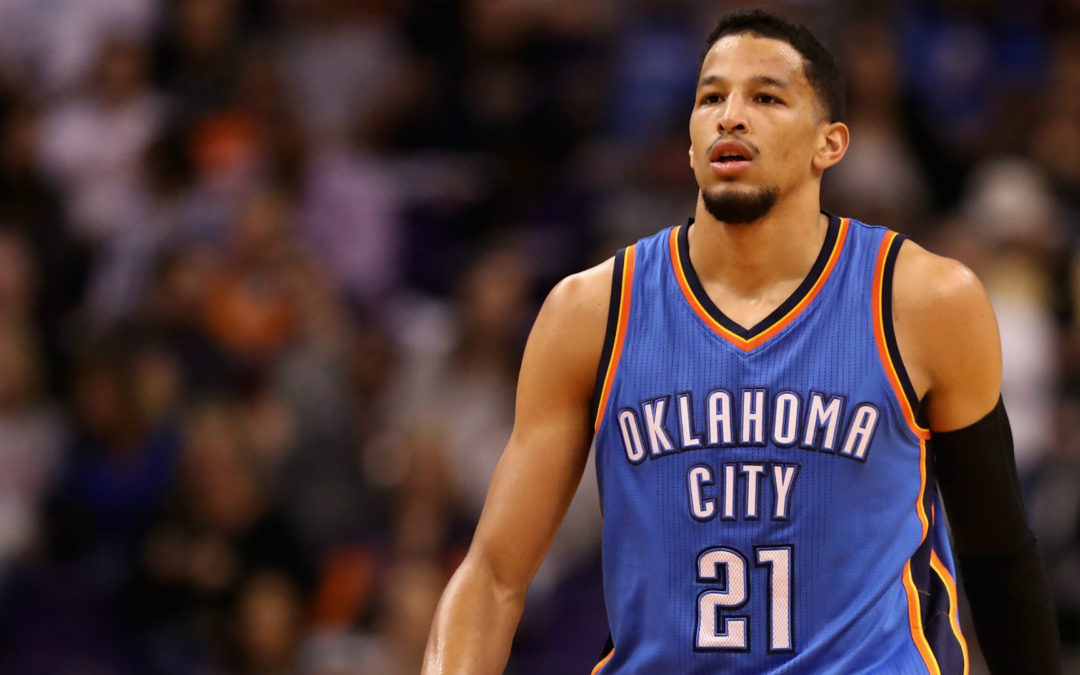 Andre Roberson hasn’t suited up for the Thunder since he ruptured his patellar tendon, Monday was the 2 year mark of that injury. There is still no time table for Roberson’s return, but here are 3 examples of players who have dealt with and returned from this injury.

Antonio McDyess’ tendon ruptured in 2001 when he was 27, the injury sidelined him for 2 seasons. The injury was a big blow to McDyess when he returned, he was averaging 17.6 points in his first 6 seasons before the injury, he averaged just 7.8 points per game for his remaining 9 seasons.

Caron Butler had the same injury, but his rehab and return was much quicker than McDyess’. Butler’s injury happened on Jan 11th, 2011 and he made his return on Christmas Day of the 2011-12 season. Butler did suffer the same drop in production that Antonio did, going from 19 points a game before the injury to 9.2 points after. He was also more active on defense, racking up a lot of steals pre injury and drastically declining after his return. 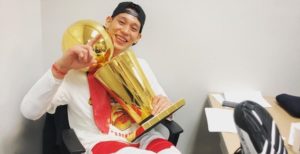 Jeremy Lin’s injury was just a few months before Roberson’s injury, he went down in the first game of the 2017 season. As we all know, Lin was able to return and he ended up winning a championship with the Toronto Raptors last season. Lin wasn’t a big contributor in the Raptors season but it was nice to see him bounce back from such a devastating injury to get a ring. He is currently out of the league but still playing basketball over in China.

Roberson was never looked at to carry the Thunder on offense, they barely needed I’m to take any shots. He only averages 4.6 points a game, but he was the shutdown defender that would be on the other team’s best player. Roberson didn’t have a  huge amount of steals but he was a tremendous perimeter defender making it hell on anyone shooting a mid range or 3. He averaged 22 minutes a night but he was getting closer to 30 in the 2016-17 season and the beginning of the 2017-18 season. The Thunder had a Bruce Bowen type player in Roberson, pairing him with Paul George gave the Thunder the scariest perimeter defense in the league. Unfortunately, the Russ/PG experiment didn’t work out and Roberson will be returning to a completely different OKC team.

Unlike a lot of people thought at the beginning of the year, the Thunder are actually playing well and are looking like a legitimate playoff team. Roberson won’t be coming back to a team that is just playing out the rest of the stretch, the Thunder will be in the middle of a playoff push. They will roll with what has been working for them and won’t have many minutes available to ease Roberson back into game shape. I really don’t Andre will return to OKC this year.

I really feel bad for Andre Roberson, he is going to have a much tougher time getting back in the league than the other players I talked about. Butler and McDyess’ numbers plummeted post injury, but given how good their offensive games were, they were still able to be reliable bench players for several more seasons. Roberson was offensively challenged to say the least, he is a career 47% free throw shooter and 25% from 3. He was on the court for his elite defending. I don’t know what Roberson will be returning as but the odds say it will be far from an elite level. I really hope Andre can still show some value one defense and he can settle into a role off the bench for the rest of his career.

I’m pulling for Andre. I really want him to get back in the league, whether it’s with OKC or another team. The lack of information on Roberson is concerning, the last thing I remember seeing was before Christmas when Roberson moved his rehab to Los Angeles. This is a devastating injury historically, the injured players were never the same again, but at least they were able to get back on the court. I fear we may have seen the last of Andre Roberson, which is a shame, he was a special defensive talent and very fun to watch.