What’s Next For Curtis Blaydes? 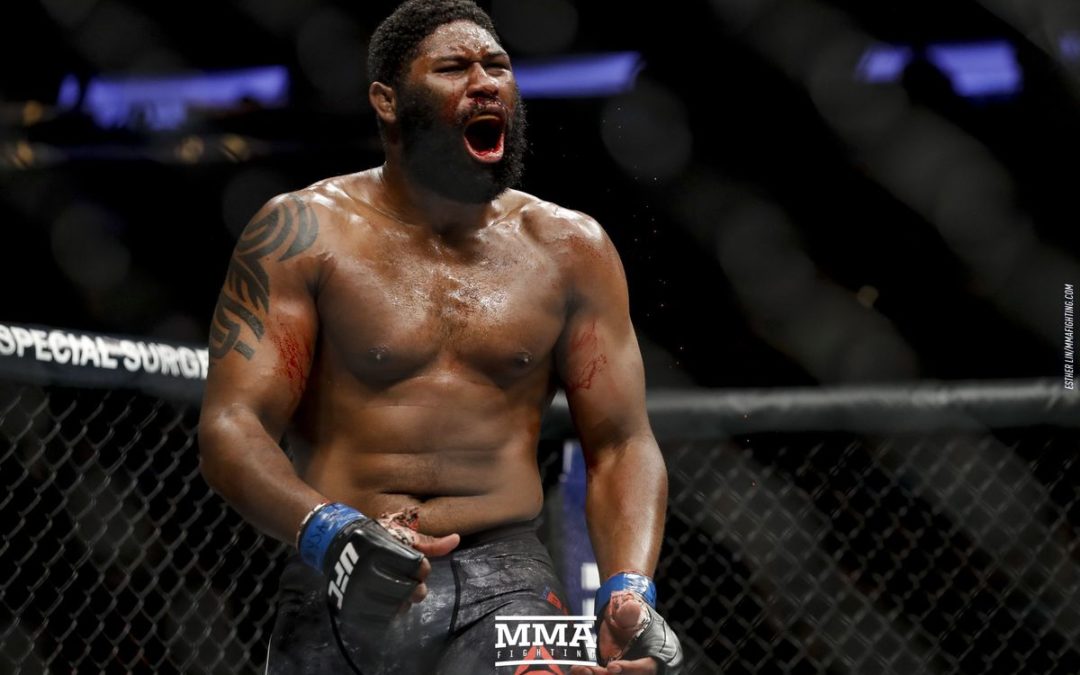 Curtis Blaydes is in a peculiar situation being the #3 ranked Heavyweight in the UFC. Blaydes just won a TKO victory against the #4 ranked Heavyweight Junior Dos Santos. Yes, Blaydes has looked great in his last 3 fights. Primarily a wrestler, against Dos Santos he showed that his striking is something he can fall back on if he is unable to get the fight to the ground.

But even with a 3 fight win streak, I cannot see Blaydes getting a title shot. Right off the rip Dana White wants the trilogy fight between Stipe Miocic and Daniel Cormier to happen to see who truly is the UFC Heavyweight GOAT. With Stipe just recently getting medical clearance to fight again. The trilogy does not seem to be in the happening any time soon.

Even beyond the fact that Stipe v DC 3 is all but a sure thing. Blaydes last lost was to Francis “The Predator” Ngannou, Who many feel like was the next in line for a title shot until he took the fight against the rising star Jairzinho Rozenstruik.

Let’s imagine that Ngannou runs through the lip tearing Rozenstruik which is what many believe will be the outcome. Let’s also imagine that Stipe and DC fight in June, which is probably a very early estimation considering Stipe has said repeatedly he is in no rush to make the fight happen.

Sean Shelby will almost be forced to make Stipe vs Ngannou 2 for the belt, as DC plans to retire after the Stipe bout. So that would leave Blaydes in no man’s land. Blaydes has 2 losses in his career BOTH of which are against Ngannou. Seeing Ngannou vs Blaydes 3 for a belt seems redundant. This is because the last time Blaydes met Ngannou in the octagon it lasted less than a minute, as Ngannou rampaged his way to a TKO win.

Blaydes best chance for the Heavyweight belt would be against Stipe Miocic. I still feel Blaydes would have been better off calling out an attention getting name. Names like Rumble Johnson or Derrick Lewis make more sense. Curtis Blaydes is a very talented fighter, and at 28 years old he has plenty of time left in his career. He should be looking for a star turn win rather than trying to fight for a belt many would consider him a huge underdog in.