All Aboard the Zion Train… 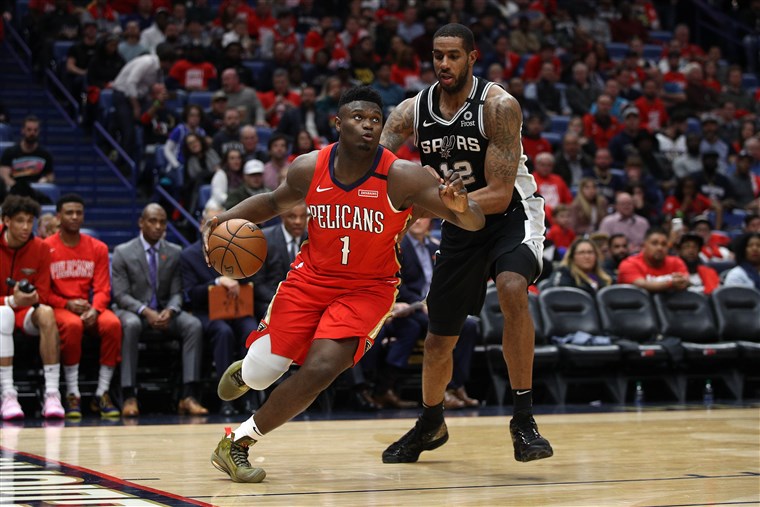 In what was a slow start for one of the most coveted and highly anticipated rookie debuts, we all got a glimpse into the future. 2019 #1 overall pick Zion Williamson has the potential to be everything he is supposed to be, and more.

After suffering a knee injury in the preseason that held him out until Wednesday night, Zion has reminded everybody that he is a force to be reckoned with. The crowd was into the game from shoot-around and player intros, to when Zion’s name was introduced. To be safe, the Pelicans medical team wanted to keep his minutes under close watch to make sure his knee wouldn’t be under too much pressure in his first game back in months; But every time he was on the court, it was electric.

Zion’s first half was quiet, as expected. He played 4-5-minute stretches before being taken out, with a 20-minute limit threshold, so him being able to get a rhythm was a little difficult. He finished the first half with 5 points. There were times where he looked a little winded, but the San Antonio Spurs did a great job as a veteran team to restrict his ability to drive and keep him in front of them.

By the 4th quarter, with the Spurs having a double-digit lead, the Pelicans head coach Al Gentry subbed Zion back into the game to finish his minutes up, and boy oh boy did the rookie phenom put on a show!

Zion went 4-4 from 3 and had a couple of rebound put backs and assists to spark his own 17 straight point run, erasing a 9 point Spurs lead. He went to the free-throw line (which is probably his only blemish of the game) where he shot 50% for the game, when the home crowd began to chant “MVP” when he went 1/2. Coach Gentry tried numerous times over the stretch to sub Zion out to keep him under his minutes limit, but he kept hitting 3s (3 straight,) forcing Al gentry time and time again to keep Zion in the game. By the time Zion finally subbed out, he had finished with 22 points, with 17 coming In the 4th quarter over a 3 minute stretch, 7 rebounds and 3 assists, with one of them being a beautiful cross court fast break pass to E’twaun Moore coming down the wing in-between two Spurs defenders.

In the future, as fans, we would love to see Zion’s minutes ramp up as soon as possible and to see him continue to wreak havoc on opposing defenses, but the Pelican Organization will definitely do right by Zion and protect him from himself, surely limiting his minutes for the foreseeable future. But if we did learn anything, it’s that the wait for Zion was worth it! The Pelicans are not that far out of a playoff spot that’s currently being held by the Memphis Grizzlies as of late. The end of season push by the Pelicans will be one worth watching, as this team looks to put it all together in the time of the NBA season that is the most competitive. Unfortunately, The NBA world still has to wait till the next game from Zion to hopefully catch his first electrifying, gravity defying dunks that he’s known to do!

Welcome to the League, Zion Williamson! The NBA world is more than ready!