The Lakers Are Interested in Getting Their Very Own Lou Williams 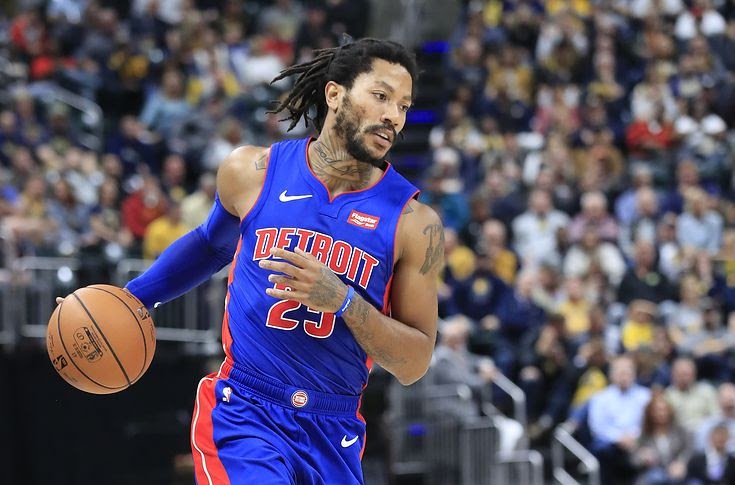 Rose has had a great year for the Pistons, the majority of which has been off the bench. While he isn’t starting, he is out there in the 4th quarter closing out games. Detroit has used Rose this season exactly how the Clippers have used Lou Williams.

Williams is an offensive spark off the bench, replacing the more defensive minded Patrick Beverley. Only Kawhi and Paul George average more minutes than Williams who is playing 30 a night, and he is also behind those 2 when it comes to scoring, averaging 20 points a night. The pick and roll he runs with Harrell is one of the main reasons he leads the Clippers with 6.2 assists a game, when those two are clicking on the P&R it is 2 points for one them. When the 4th quarter comes around, the Clippers have been rolling out Lou and Beverley together with Kawhi and George.

Rose’s stats are comparable to Sweet Lou’s. Derrick leads the Pistons in scoring (18.3) and assists (5.9) all while averaging 25.8 minutes per game. Rose has been on fire lately, as he has scored over 20 points in 9 straight games and 11 of the last 12, which has lead to a few trade rumors. It looks like the Pistons are going to be sellers at the trade deadline despite only being 3 games out of the 8th spot in the East.

Rose and Williams have some similarities as players. Their mid range games are both great, Williams has the upper hand from 3, though, shooting 38.6% and Rose is only shooting 31.8%. Rose is 88% from the line, Lou is slightly lower at 86% but he is averaging 5.6 attempts a game, doubling Rose’s 2.7 attempts. Rose will have to contribute more on defense at the end of games. The Clippers can hide Lou on defense a little bit in crunch time because Beverley will be guarding the other team’s best guard and Kawhi and George are two of the top defensive players in the league.

Lou has the clear upper hand when it comes to having Montrezl Harrell teamed up with him. Kuzma is a good player, he is 3rd on the Lakers in scoring with 13.2 points a game, but he isn’t as dominate as Harrell is. Montrezl averages 19.3 points a game, 4th on the Clippers, and he gets far more rebounds than Kuzma, Harrell pulls down 7.1 boards while Kuzma averages 3.9. Rose would have Dwight Howard on the second unit, they would be able to run something closer resembling Lou/Harrell with Howard throwing down lobs off the pick and roll.

This will be an easy deal to make if both sides want it done. The Pistons aren’t looking to unload Blake Griffin’s terrible contract on some team, but Rose is making $7.3 million. There will be no need to add in a third team and have 6-7 players on the move to make the numbers work. Lakers fans would lose their mind if they give up Caruso in the trade, Rondo would most likely be part of any trade package.

I really like this move for the Lakers, it will give LeBron more rest having Rose running the point off the bench over Rondo, and it will shore up their options to close out games. I think this deal will be done before the Feb 6th trade deadline.