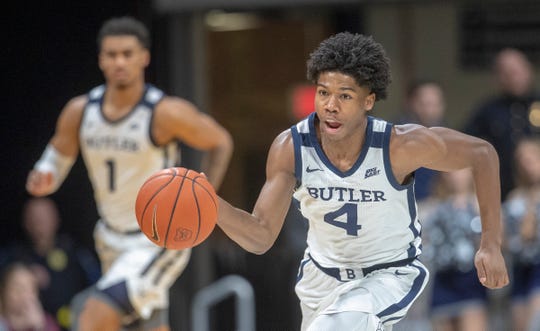 Today is my first slate of pick ‘em games here at Unwrapped Sports. I’ll try to find the best possible games to make the most money. It doesn’t matter the sport, or time of year, I’m just going to find winners. Let’s get into the picks!

The Hoosiers are coming off their best win of the season last weekend, where they crushed the Buckeyes in Bloomington. You’d think taking the Hoosiers on the road after shooting so well would be the smart pick, but I expect a return to the mean for a team that doesn’t really shoot well. On the other side, this feels like a must-win for the Knights. This is the closest that Rutgers has ever been to being ranked since joining the Big Ten. I think they pull this one out and cover at -3.5 and take one step closer to joining the top 25.

This game’s going to be fun. Kamar Baldwin vs Myles Powell. Two of the top players in the Big East, and maybe all of college basketball going toe-to-toe. I’m leaning towards Butler -5; however, the over in this game is amazing. The Pirates have been scoring at will recently, while Butler has been one of the most consistent teams in the country. As long as Seton Hall can find a way to score against this stingy Bulldogs defense, they’ll easily combine for over 125.5 points. Take the over in this one.

Baylor’s defense is legit. They have only given up more than 60 points once in the last two months. They really remind me of last year’s Texas Tech. They’re very long, aggressive, and make you use a lot of the shot clock to get points. Although the Cyclones can score the ball pretty well, they rely heavily on Tyrese Haliburton. He’s going to be taking a lot longer, contested jump shots and I suspect that he’ll have an off night. I don’t think these teams combine for enough points to get to 140. Take the under.

There’s my first set of picks. I really like the Seton Hall vs Butler over, so If you follow me at all, that’s where I would put my money.