A Look Ahead at UFC 246: Mcgregor vs Cerrone 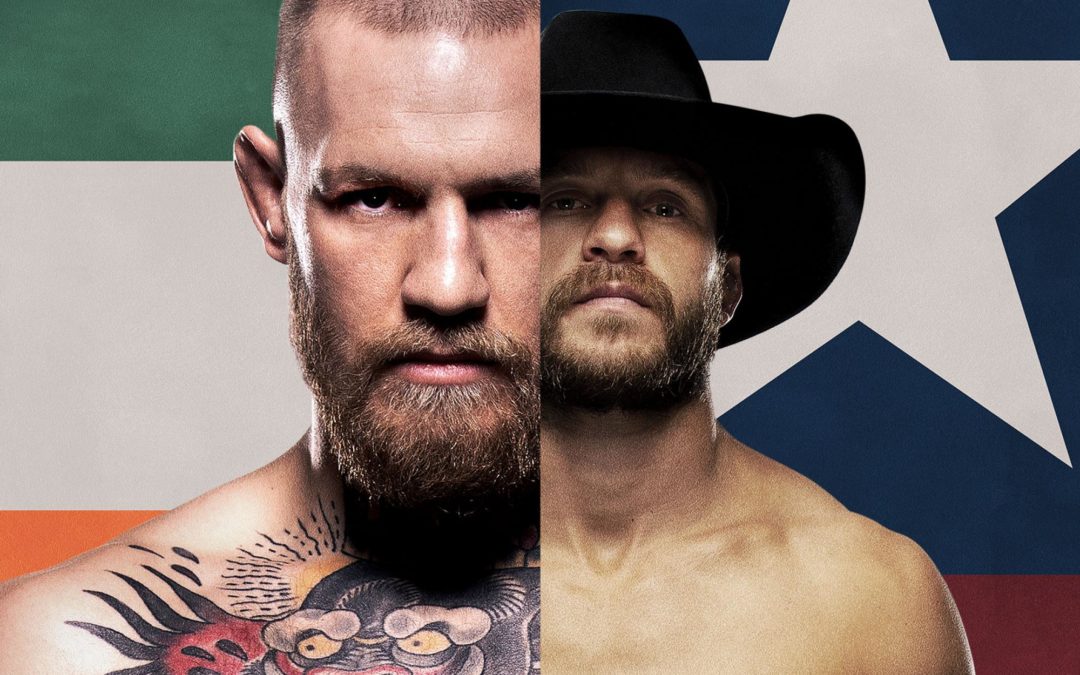 UFC 246 is fast approaching, and the world will be watching as the event marks the return of the polarizing, controversial but nevertheless most popular MMA fighter in the world, Conor McGregor. He is set to headline the event against fan favorite Donald ‘Cowboy’ Cerrone at the T-Mobile arena in Nevada. This event is also noteworthy as it is one of the few events to uncharacteristically be headlined by a non-title fight.

However, the UFC is confident in the star power of their biggest attraction (McGregor) going up against a fan favorite like Cerrone, which is sure to sell and bring eyes to the event. With that in mind, let’s take a look ahead at this event and get right into it.

Will Holm or Pennington recover?

The event is co-headlined by a rematch between former Women’s Bantamweight world champion Holly Holm and former Bantamweight title challenger Raquel Pennington. Their initial matchup at UFC 184 in February 2015 was won by Holm via a close Split Decision. Holm became one of the most popular female fighters of the last decade with her scintillating head kick Knockout win over the ever popular and dominate former undefeated champion Ronda Rousey. Not only did this win give the New Mexico native her first world championship in MMA, it also effectively ended the career of Rousey whom had just suffered her first loss in MMA competition.

While Holm’s popularity has endured over the last few years, her record has not. She has suffered losses in 5 of her last 7 fights. Now granted, 3 of those losses were title shots against elite competition in the form of the much feared Cris Cyborg, kickboxing phenom Germaine de Randamie and the consensus pound for pound greatest female fighter of all time Amanda Nunes as well as a non-title fight loss to current Women’s Flyweight champion Valentina Shevchenko. Holm (12-5) will be looking to return to her former glory with a win over Pennington.

‘Rocky’ Raquel Pennington will also be looking to get back a win that she narrowly lost in 2015. Pennington (10-7) hasn’t exactly had the most stellar career. Having an almost even record in terms of wins and losses, her biggest defining moment would arguably be her Decision win over former Bantamweight world champion Miesha Tate at UFC 205. That win brought ‘Rocky’ to her best win streak to date at 4 in a row as well as earn her first title shot. Miesha Tate would retire shortly thereafter.

After an almost 2-year hiatus away from the octagon to heal injuries, she returned to active competition in her title shot against friend and the only two division Women’s champion in UFC history, Bantamweight and Featherweight champion Amanda Nunes. A heavy underdog going into their headlining fight at UFC 224, Pennington was dominated by Nunes who put on a striking clinic that culminated in a TKO win in the fifth round for Nunes.

The 31-year-old Pennington will be going into this rematch with a Split Decision win over Irene Aldana while Holm is coming off her TKO loss to champion Nunes, the first time she’s ever been knocked out in her MMA career. This rematch was rescheduled for this event after the pairing was initially scheduled for UFC 243 in October which Holm pulled out of citing a hamstring injury.

Both ladies need a win to get back on track. While Pennington is coming off a Split Decision win, she will look to get a more definitive win against the former champion and get her loss back from their first fight. Holm, 38, meanwhile has had a rough few years and as she gets older and the losses in her career become more frequent, more and more fans and critics wonder if retirement may be looming. If Holm wants to prove the people wrong and turn back the clock, a second win over Pennington is what she needs to start showing that ‘The Preacher’s Daughter’ is far from finished.

Maycee Barber has exploded onto the fight scene with her brash, confident speeches and her ambitions to beat Jon Jones’ record as the youngest champion in UFC history. The 21-year-old upstart has laid the groundwork in her short time in the UFC. An undefeated 8-0 record and wins over her last 5 opponents coming by way of TKO, Barber has impressed by wasting little time dispatching of her opponents and not leaving her fights in the hands of the judges.

‘The Future’ has been a rather appropriate nickname for Barber, a sort of new breed of young fighter dead set on leaving their mark on the sport from the get-go. Opposite Barber is opponent Roxanne Modafferi, who is quite the opposite indeed. After a long road to the UFC with multiple stints in the Ultimate Fighter, Modafferi has finally maintained her place in the UFC. Modafferi (23-16), like Pennington, has only a little more than 50%-win average in her 17-year career. And being 37, is a contrast to her 21-year-old opposition.

A seasoned veteran like ‘Roxy’ is no one to be taken likely with plenty of experience to draw upon in the heat of battle. The relatively inexperienced Barber however, doesn’t seem too keen on letting the fight go all 3 rounds. She will be looking to make another statement on the headlining prelim on ESPN just before UFC 246 kicks off. If she manages to beat Modafferi in impressive fashion as she has been with her other opponents, the trajectory of ‘The Future’ could very well see a meeting with Flyweight Champion Valentina Shevchenko very soon. And with that, a chance to make the history she has set out to achieve.

The fighting Irish and the cowboy

While there are plenty of fights on the UFC 246 card, there is one that obviously overshadows them all. Donald Cerrone will welcome back ‘The Notorious’ Conor McGregor. The Ireland native McGregor has been MMA’s biggest star for a few years now. With his return to action, many fans and detractors will have eyes on this fight. After a tumultuous 2018 and 2019 that included multiple run ins with the law, McGregor appears to be ready to return to the sport on a more regular basis with a new, lucrative deal signed.

His opponent, however, has never been about the controversy, about the flair, about the raucous antics that have kept McGregor in the news and relevant. The man affectionately known as ‘Cowboy’, Donald Cerrone should need no introduction here either. A seminal fan favorite, Cerrone (36-13, 1 NC) has won the hearts of many an MMA fan with his “fight anytime, anywhere” attitude, a career full of highlight reel finishes and a down to Earth personality. If you’re more than a casual onlooker, you’ve seen one, or several, of Cerrone’s fights.

After fighting 4 times in 2019 and following back to back losses against top 5 Lightweight Justin Gaethje and former Interim Lightweight champion and number one Lightweight contender Tony Ferguson, Cerrone makes another quick turn around from his September loss to Gaethje. With all the hype around the Irishman’s return and the extravaganza that will potentially ensue. It should come as no surprise that Cerrone hasn’t let it go to his head and kept his calm demeanor. After 50 pro MMA fights, he’s seen it all. Walking into the Octagon with the most wins (23), most finishes (16), and most post-fight bonuses (18) in UFC history.

Ireland’s own McGregor (21-4) returns to the octagon for the first time since October 2018 where he was on the receiving end of a one-sided beatdown that ended with a neck crank submission loss to undefeated Lightweight champion Khabib Nurmagomedov. While the UFC brass is looking to set up a potential rematch against Nurmagomedov, many including myself question its validity. Their first matchup was definitive, dominate and lop-sided. Furthermore, as this fight with Cerrone is at Welterweight (170 lbs), a win in this division to get a shot at the Lightweight championship (155 lbs) is quite preposterous.

The outcome of this fight with Cerrone and what may come of it remains to be seen. Nurmagomedov himself has a date to defend his title against rival Tony Ferguson. A fight which is being scheduled for the fifth time and is seen by fans, critics and pundits as the single most important fight in the history of the UFC. The outcome of that fight must also be determined before any potential matchups, no matter how ridiculous, are made. For McGregor, it’s best not to look past the crafty veteran Cerrone. Many seem to forget the experience the 36-year-old Cerrone has.

Cerrone has a chance to beat the UFC’s biggest star, with millions of eyes watching. It’s an opportunity that doesn’t come too often and one ‘Cowboy’ is sure to take full advantage of. Will the Irishman return to form or will the cowboy ride again? UFC 246 airs on ESPN+ this Saturday, January 18th.