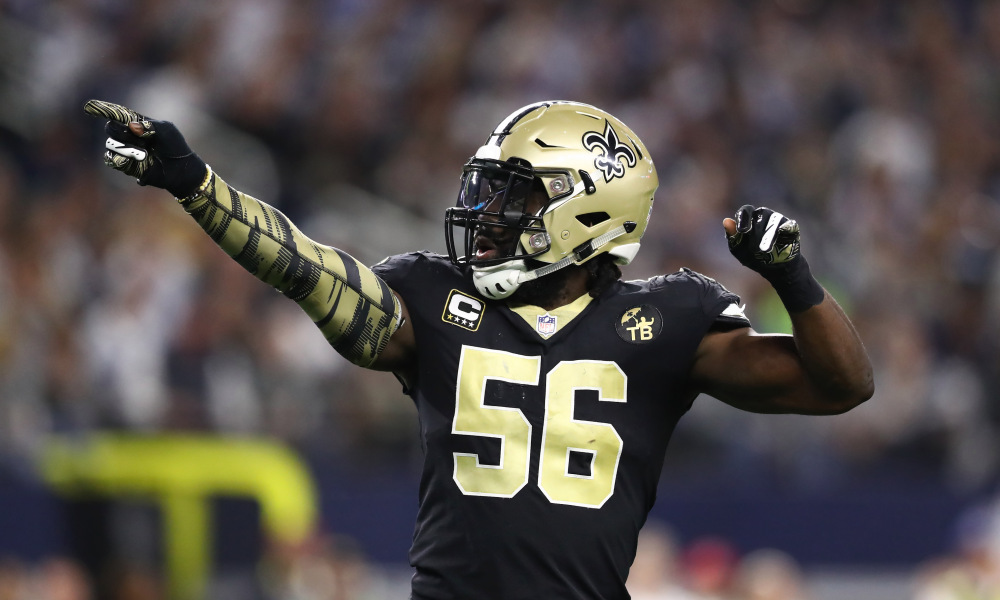 On January third, The NFL announced their annual list of the best players at each position all molded onto two teams. The Saints were well represented on the list having four players on the AP NFL All-Pro First Team and having two listed on the Second Team. Here’s a breakdown of the players:

Wide Receiver Michael Thomas had another great season totaling 149 receptions (NFL Record), 1,725 yards (led the NFL), and 9 touchdowns. He also had ten or more receptions in nine of the 16 games he played in. Michael Thomas was also selected to play in the Pro Bowl. Michael Thomas took the league by storm by breaking records every week and proving time and time again to be the NFL’s best wideout. It was pretty obvious that Michael would end up on this list after having such a dominant campaign.

Right Tackle Ryan Ramczyk had an unbelievable season. Ramczyk played in all 16 games for the Saints in 2019, totalling 1,058 snaps. Ramczyk allowed just 20 total pressures all season and he did not allow a sack. He was only penalized four times all season; twice for false starting and twice for holding. An obvious Pro Bowl snub, Ramczyk still gets shown love from the NFL.

Linebacker Demario Davis was selected to the NFL AP All-Pro First Team after the leading the Saints in tackles for the second consecutive season. The defensive captain only missed five tackles all year while racking up 111 of his own. He also had a career high 12 pass breakups and had an interception for the first time since 2014. His four sacks ranked fourth on the team and he also racked up nine quarterback hits and eleven tackles for a loss. On an even more impressive note, receivers covered by Demario Davis only caught 68 percent of passes thrown their way.

Return Specialist Deonte Harris shocked the entire league by bursting onto the scene as an undrafted Rookie free agent from Division II Assumption College. He led the NFL in Punt Returns (36) and Punt Return Yards (338) including one that he returned for a touchdown. Harris also led the NFL in combined returns (60) and combined return yards (982). Harris will also be going to his first Pro Bowl in a few weeks.

Defensive End Cameron Jordan would’ve been a First Team All-Pro if it wasn’t for the emergence of Chandler Jones and TJ Watt, but he’ll have to settle for the second team for the second year in a row. Jordan is coming off a season with 15.5 sacks; a new career high for him. His sack total placed him third in the NFL. Cameron Jordan also racked up 25 quarterback hits, 15 tackles for a loss, and 49 pressures.

Special Teamer JT Gray was selected to the NFL AP All-Pro Second Team after putting together a bit of a surprising campaign. Gray, who is in his second year with the Saints, played 61.67 percent of all Saints special teams plays. He also recorded a blocked punt vs Chicago and recovered a muffed punt against the Carolina Panthers.