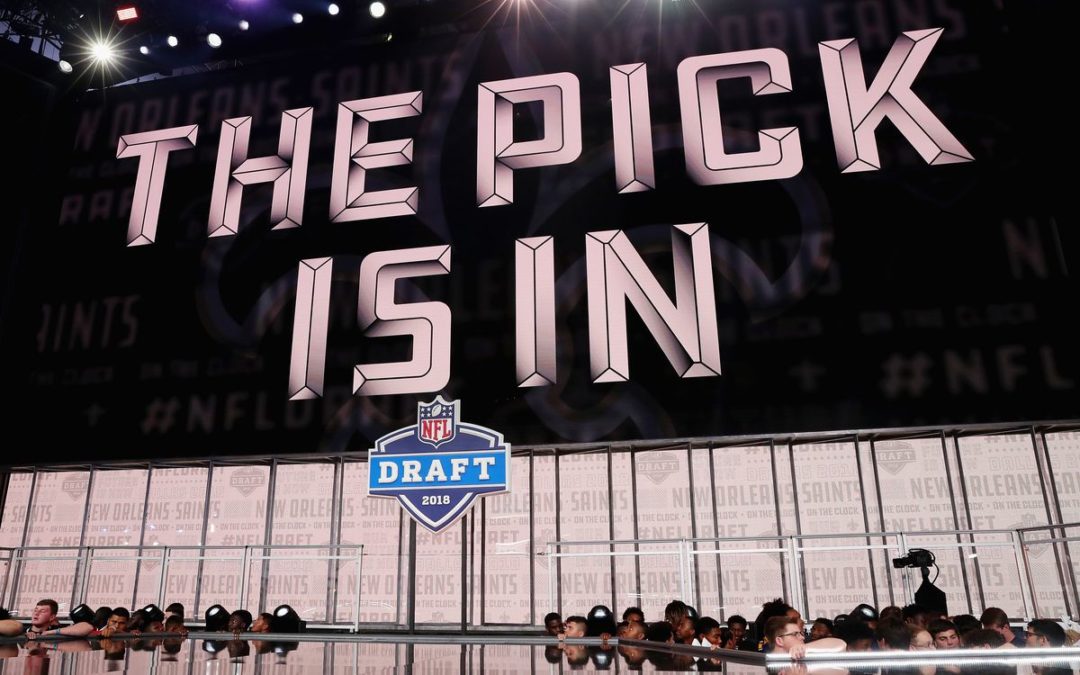 The New Orleans Saints started the previous decade with an opportunity to bring the franchise their first Lombardi Trophy, and they did just that. Exactly ten years later, the Saints are poised with the same opportunity: just three wins until the big game. The previous decade brought us Saints fans a lot of heartache, mediocre seasons, and more recently, excitement. The New Orleans Saints in recent years have done a marvelous job of drafting players who make an immediate impact. In this article, I will break down the five best draft picks the New Orleans Saints made in the past decade that ended up being well worth the selection.

Number Five: Back in 2013, The Saints used their third round pick on a 6’5 Offensive Tackle from Arkansas-Pine Bluff named Terron Armstead. Ever since Armstead was drafted, he has been a starter on the Saints O-Line. He has by far exceeded the expectations as a third round pick from a small school. In 2014, Terron Armstead was selected to the HBCU Top 30 Under 30 List. Armstead has spent his entire career with the New Orleans Saints and has started 69 of his 73 career games. In 2018, Armstead was named a Second Team All-Pro and was selected to his first Pro Bowl. Terron was also selected to the 2019-20 Pro Bowl as well.

Number Four: In 2017, the Saints made a rare move by drafting a top defensive player with the number 11 pick in the NFL Draft. They drafted the 21 year old cornerback from Ohio State, Marshon Lattimore. Lattimore made an instant impact on the entire New Orleans Saints franchise. The Saints were coming off one of the worst defensive seasons in franchise history and they needed to change the culture of their team; Marshon did just that. Lattimore was named a Pro Bowler in his Rookie season and added another Pro Bowl in 2019. He was also named to the PFWA All-Rookie Team. Lattimore was also awarded the prestigious AP NFL Defensive Rookie of the Year Award. Marshon Lattimore helped change the culture of bad defense in New Orleans into a top five defense in the NFL.

Number Three: The Saints held the 28th pick in the first round of the 2011 NFL Draft and were more than likely just hoping to get a decent player to add some depth to an already talented team. Little did they know they would draft the best running back in franchise history. Mark Ingram, the Heisman Trophy winner out of Alabama, was the selection. Throughout his tenure in New Orleans, Mark Ingram went to two Pro Bowls and shattered the Saints rushing record book.

Number Two: With the 24th pick in the 2011 draft, the New Orleans Saints selected defensive end Cameron Jordan. Cameron Jordan has done nothing but be the best defensive lineman in New Orleans Saints history. Jordan has been to five Pro Bowls, was a First Team All-Pro in 2017, and a Second Team All-Pro in 2018. Cam continues to improve every year, hence the reason they continue to extend his contracts. He is always ranked very well in the NFL’s Top 100 Players List each season as well.

Number One: The Saints best draft pick of the decade was also probably the best in franchise history, as well as the best player from the entire 2016 NFL Draft. Wide Reciever Michael Thomas was a second round pick out of Ohio State by the New Orleans Saints. He was also known as a chip on his shoulder kind of guy coming out of college, but little did anyone know that he would turn into the best receiver in the NFL. Thomas has lead the NFL in receptions twice (2018, 2019), Been named to three Pro Bowls, Lead the NFL in receiving yards by over 300 yards in 2019, Selected to the PFWA All-Rookie Team, and was selected as an All-Pro in 2018. Michael Thomas has lived up to his Twitter handle of “cantguardmike” by setting the NFL record for receptions in a single season with 149 grabs.