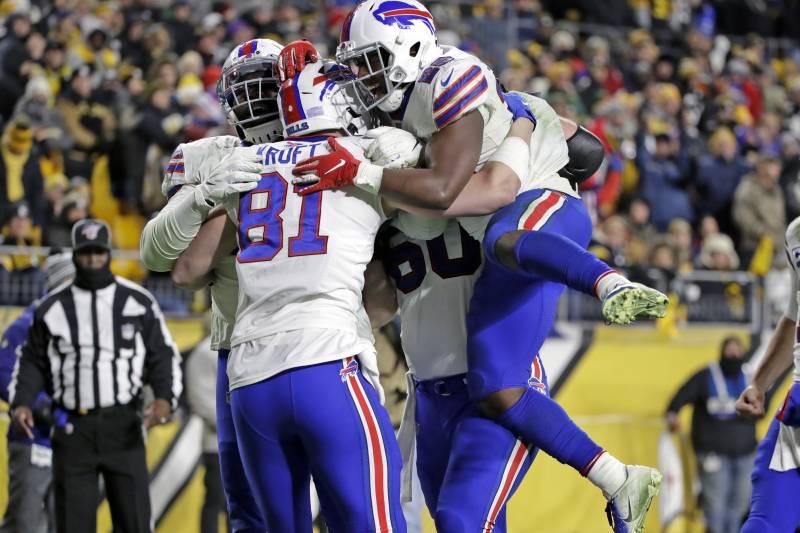 Rejoice Buffalo, your Bills are going to the playoffs for the second time in just three years. The 2017 Buffalo Bills compared to this team today has changes at nearly every position. In year two of the total rebuild by Brandon Beane, the Bills have clinched a playoff berth and their best record since before the turn of the century.

With two games still remaining, Buffalo currently sits at 10-4, locking-up at least the fifth seed. Heading to Foxboro next week, the AFC East is still there for the taking, but it will take a little “fitzmagic” and another Miami miracle. In order to take the division, Buffalo will have to beat New England and the New York Jets, while the Patriots lose to Buffalo and Miami.

After an impressive win against a top-five defense in the Pittsburgh Steelers on Sunday Night Football, the Bills have proven to play well when the bright lights are on. Josh Allen led yet another fourth quarter comeback, after an outstanding performance by his defense where they forced five turnovers, including picking off Devlin Hodges four times. With two more games remaining, it may come to Bills fans cheering on Matt Barkley and the second-string players in week 17 as the starters rest up for the postseason.

This was another lackluster game on offense, which we have seen many times throughout the year. For the eighth time this season, the Bills have score 20 points or less, but have been smart and their shut-down defense has been winning them games. This week 15 matchup was won by the defense, but it could not have been done without another great game from John Brown. Brown was one yard short of having his third 100 yard receiving game. He would finish with seven catches for 99 yards. He wouldn’t find the end zone, but was the go-to target for Josh Allen, as he has been for most of the year. The only other player on offense to have multiple catches was Devin Singletary, who had two catches for two yards. Brown was targeted ten times throughout the game, and would set Buffalo up in great field position, after catching a long 40-yard pass through some defensive pass-interference. Brown now has 1,007 receiving yards on the season and is the first Bills WR to break 1,000 yards receiving since Sammy Watkins had 1,047 in 2015. 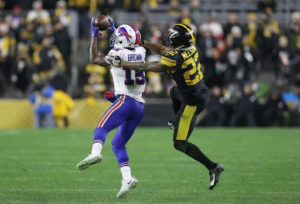 Picking the most valuable player on a defense like the Bills is next to impossible. Looking at the front seven in Jordan Phillips with 9.5 sacks, Tremaine Edmunds growing into a superstar linebacker and the entire secondary continuing to wreak havoc on opposing offenses; they play as an entire unit and continue to win games for Buffalo. Against Pittsburgh, the Bills knew that quarterback Devlin Hodges has not faced a defense as good as Buffalo yet. They let him know that, as they held him to 202 yards passing but also picked him off four times. Tre’Davious White makes his case for being one of the best corners in league each week. This week was no different, as he tallied his fifth and sixth interception of the year. Without White forcing the Steelers to turn the ball over twice, the Bills offense would not have been put in great field position to put points on the board. Tre White has been the corner stone of this great Bills defense all year and can credit a great deal of his success to the pressure generated by the front seven rushing the passer and also the great play by the rest of his secondary. Levi Wallace got his first interception of the year and safety, Jordan Poyer would cap off the victory with an interception in the end zone, as well as recovering a fumble. 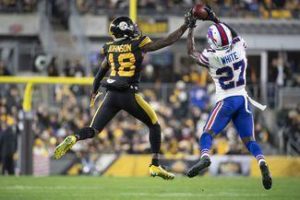 Need more out of:

It’s hard to nitpick minor details after a playoff-clinching victory, but if the Bills want to make some noise in the playoffs, they need to be better in some aspects of the game. After signing Cole Beasley in the offseason, it was believed he would come in to average five to six catches a game and put up big numbers as the safety valve for Josh Allen in the passing game. In many cases that is true, he has been a very productive receiver for Buffalo this year, with six touchdowns and 670 yards, but consistency is key. The lack of a true, number one wide receiver on offense hurts the Bills, but they have a very reliable and capable receiving core this year. Drops have been the Achilles heel of this offense, with 21 on the year and Beasley has not helped in that category. Allen’s one turnover this game came on a pass that seemed to be high, but went off the hands of Cole Beasley and into the hands of Pittsburgh cornerback Steven Nelson. Beasley was targeted just six times this game, but if Buffalo wants to win games in January, Allen may need his receivers to bail him out at times and come up with the tough catches. 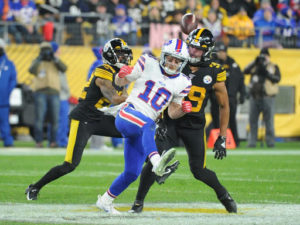