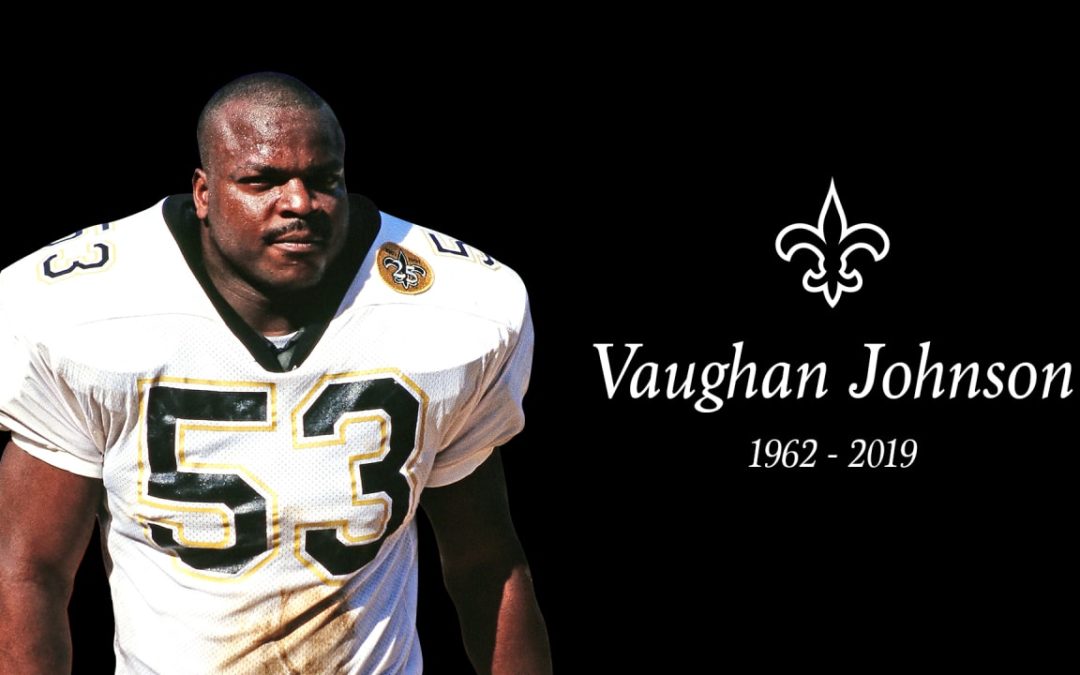 The New Orleans Saints community are mourning the loss of legendary linebacker Vaughan
Johnson on Friday after Johnson’s battle with several health issues came to rest. Johnson, 57,
was always known as a fierce defensive player when he was on the field, but a gentle giant
when he was off the field. He would always strike fear into the hearts of his opponents
throughout his nine year NFL career. Early Friday morning, the New Orleans Saints released the
following statement: “The thoughts and prayers of the organization are with Vaughan Johnson’s
family after his passing. Not only was Vaughan a force on the field as part of the ‘Dome Patrol’
defense, but he was a gentle giant off of it. An underrated defender in the middle of a dominant
defense, he quickly became a fan favorite and the respect he garnered league-wide among his
peers is evidenced by his four consecutive Pro Bowl selections.” Johnson spent eight seasons
anchoring the New Orleans defense and concluded his tenure in Philadelphia. Johnson tallied
669 tackles, 12 sacks, and 11 forced fumbles in his career. Rest in peace, Vaughan Johnson.