Why Michael Thomas Has A Case For MVP In 2019 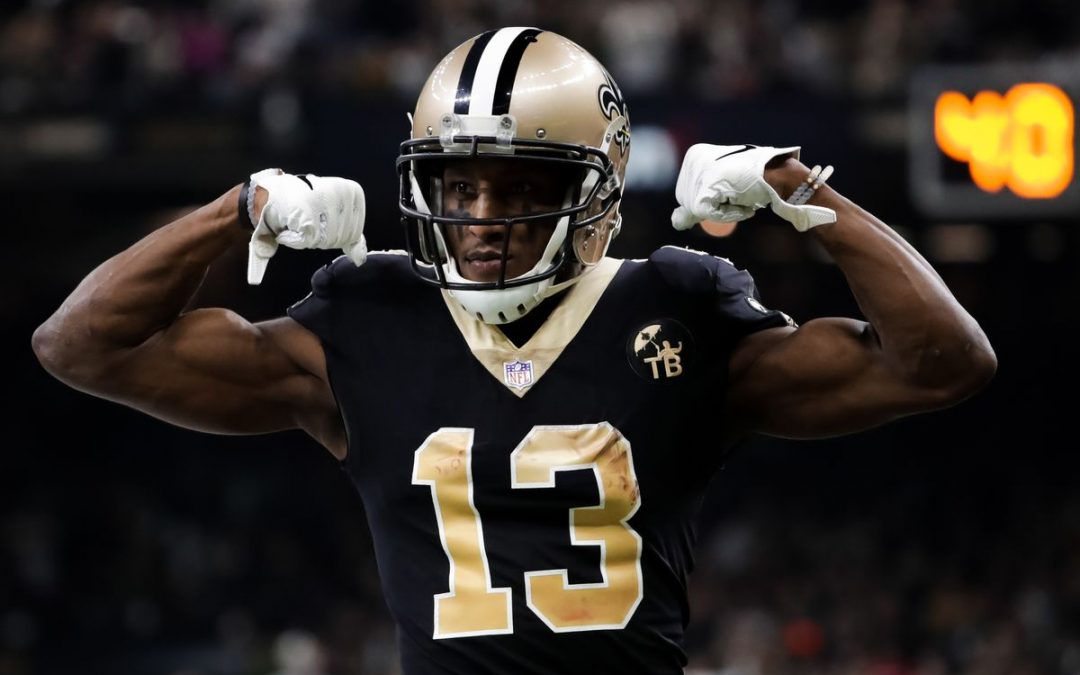 Without question, New Orleans Saints Wide Receiver Michael Thomas has been one of the most dominant at his position throughout the 2019 NFL season.

Many people had their concerns when the Saints inked Mike Thomas to a five-year, $100 million contract extension in the offseason, but he has more than lived up to the hype. Many people said things like, “Drew Brees makes him better”, or “Mike is the only offensive weapon on the Saints”. Thomas has not only silenced the critics, but has put his name amongst the best of the best and could very well be in line for the NFL’s MVP Award.

Through 12 games this season, Michael Thomas has 110 receptions, 1,290 receiving yards, and 6 touchdowns. Mike leads the NFL in receptions and receiving yards and has also broken the record for most receptions by a player through every week this season. Thomas also became the fastest player to reach the 400 receptions milestone this year, as it took him only 56 games (Breaking Odell Beckham Jr’s record).

Thomas also set the new mark for most receptions through a player’s first four NFL seasons, a record still in the making with four games left in the 2019 regular season. Thomas has also become the fourth player in NFL history to have 1,000 receiving yards in his first four seasons, and became the first player in New Orleans Saints history to have three straight seasons with 100 receptions and 1,000 receiving yards. Mike Thomas was also given the NFL’s Offensive Player of the Month award in November of the 2019 season!

Mike Thomas is currently on pace to break the NFL record for single season receptions, held by Marvin Harrison with 143. Michael Thomas has six games this season with 10 or more catches, and also has six games with over 100 receiving yards this year, including 182 yards vs Tampa Bay on October 6th. It’s hard to bet over guys like Lamar Jackson and Russell Wilson, but Mike Thomas has done nothing but set new standards for the wide receiver position and has done more than enough to earn at least a few votes for MVP this year.