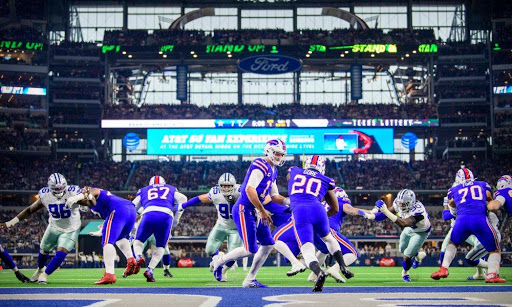 The Buffalo Bills are 9-3 after 13 weeks of the 2019 NFL season, which is the best record the team has held since 1996. After winning three straight, Sean McDermott and his Bills put themselves in a great position to clinch a Wild Card spot within the coming weeks. They proved to the nation that they can play with anyone, after a convincing win against “America’s Team”,the Dallas Cowboys, on Thanksgiving Day in Texas. With the team hitting their stride at the right time, the future looks bright for this young, blue collar football team.

After winning on Thanksgiving Day, the Buffalo Bills are sitting at nine wins and could
have their first double-digit win season since 1999, when Doug Flutie led the Bills to an 11-win
season in Thurman Thomas’ last season in Buffalo. A tough stretch to finish out the year will be
the true test of the culture and talent Beane and McDermott have built.

Since a crushing defeat against a desperate Cleveland Browns team in week nine, the Bills are 3-0 facing two top tier defenses in the Denver Broncos and Dallas Cowboys. The offense during these games have averaged 27.6 points per game, with Josh Allen throwing six touchdowns, as well as adding two rushing touchdowns. Brian Daboll has called his run game to a combined 536 yards and seems that the Bills offense has finally found their identity, after all three games being fairly convincing wins. The final four games of the year will come against three playoff hopefuls, with a combined record of 31-17. The Baltimore Ravens (10-2) will be up next as they travel to Buffalo, then the Bills will have their first Sunday Night Football game since 2007, where they will take a trip to Pittsburgh to take on the Steelers (7-5) who are right on their tails in the Wild Card standings. The final road game of the regular season will put the Bills in New England to take on the Patriots (10-2), which could have divisional implications. Finally, Buffalo will finish off the regular season at home against the New York Jets (4-8). 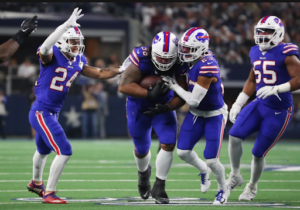 The Bills could realistically clinch a spot in the NFL playoffs with a win in week 14, but
they’ll need some extra help. If the Bills can pull off an upset against the #1 seed in the AFC
Baltimore Ravens, they could find themselves playing their last three games this year with no
meaning, except to rest up and get ready for the postseason. In order to punch their ticket to the
playoffs in week 14, the Bills will need:

A lot needs to happen, and it may be too early to start talking about clinching a playoff
spot. But for Bills fans, it is a nice change to be able to have these types of talks this early. In
early December, it’s a different world for Bills fans to talk about winning the AFC East, but it is
still possible. After New England took their second loss of the year, Sunday night in Houston,
the Bills still have a lot to play for if they really want to shock the league. It’s a stretch, but in
order to win the AFC East, the Bills will have to: 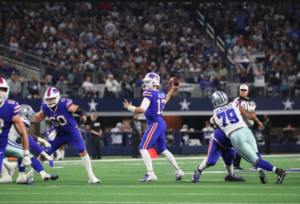 Bills fans have a lot to look forward to with this team, as it seems they have found their
franchise quarterback in Josh Allen and have a very strong core, starting with the coaching staff.
If Buffalo can find a way into the playoffs, this will be just their second appearance in postseason football in nearly two decades. The Bills control their own destiny, and have enough confidence to feel that they can take on any team and make some noise when the playoffs roll around. Any team lining up against the Bills will have their hands full on how to limit the talent that Buffalo has. 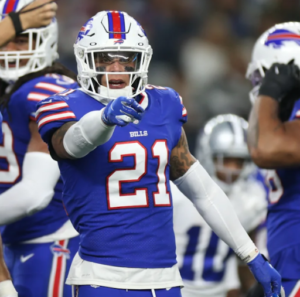