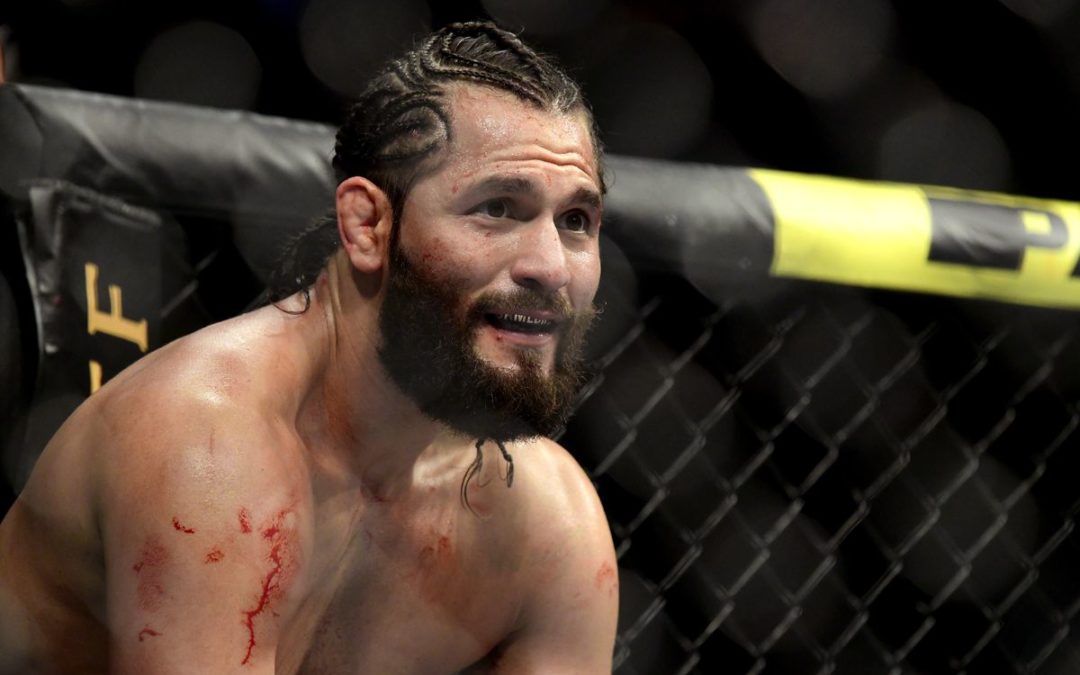 Being from Miami, you see the city from a different perspective than what is shown to most of the world on movies and music videos. Life is not beaches and sunshine like the movie directors lead the masses to believe. Jorge Masvidal has lived through the truth of the mirage that is the city of Miami. You hear it when he speaks, and how he carries himself. The Hispanic Miami kid hears himself when Masvidal speaks. Miami has iconic sports athletes from Dan Marino to Dwyane Wade. However, what can set Masvidal apart is his natural Hispanic roots. 68% of Miami-Dade County is of Hispanic descent. Jorge Masvidal has a legitimate shot of becoming a true legend in South Florida sports. His gift of gab and the growing popularity of MMA is providing him national attention.

Miami needed a champion. The last time Miami saw success was in the early 2010s with the Heatles Era. Once LeBron left Miami after the 2014 NBA Finals, he took all the glory he brought back to the Magic City with him to Cleveland. Half a decade passed before Miami had championship aspirations to cheer for again. 2019 became the year of the resurrection. In steps Jorge Masvidal, a journeyman who literally started fighting in the streets, with another Miami legend, Kimbo Slice. Jorge Masvidal was not a sensation overnight, even to the most avid MMA watchers he was just a nice fighter with bad losses on his record (4 split decision losses in his last 10 fights before 2019). It seemed like he was destined to just be a gatekeeper in the UFC welterweight division. But being from Miami, that fire inside him would not let him give up on chasing the UFC gold. 2019 began for Masvidal with a thunderous knockout of the now middleweight contender Darren Till, followed by the knee heard around the world. Jorge Masvidal landed a 5 second (really 3 second) KO over the then-undefeated and former multiple organization champion, Ben Askren.

The star turn was all but set in stone after the flying knee KO of Ben Askren. Sure enough, to aid him to make his star turn he turned to his Miami roots. He appeared on one of the largest sports radio shows, The Dan LeBatard Show with Stuggotz, a show based out of Miami. It was in this interview where the star turn was officially made when Masvidal called out “The Notorious” Conor Mcgregor. “I see dollar signs when I see his face” is what Masvidal replied when asked about the bout. The interview was picked up by all the major MMA outlets, and even though a Mcgregor call out has become a go-to for many fighters (UFC veteran Charles Oliviera just called Mcgregor out at the last UFC event in San Paulo), this call out seemed like a perfect storm. But sure enough, Dana White didn’t see it happening because of the weight differences between the two fighters. What Dana White did see was the call out of one Nate Diaz after the spectacular showing he had against Anthony “Showtime” Pettis. “You a gangsta, but you ain’t no West Coast gangsta” was what Nate Diaz said to call out Masvidal. Nate Diaz was part of the last scheduled non-title fight PPV main event along with Conor Mcgregor back in 2016.

Many people in Miami did not know who Jorge Masvidal was, but they saw the press conference where Masvidal was dressed in his best Scarface attire. They heard him speak with his Latino accent that screams Miami! It was then that all of Miami knew they had something to be proud of and that was 100% authentic Miami. Sure enough, unlike the Dolphins over the past decade, Masvidal did not disappoint on November 2nd. All credit to Nate Diaz’s toughness, but Masvidal seemed safely in the lead on the judge’s scorecard going into the 4th round, even landing two knockdowns on Diaz. While the ending of the bout was anticlimactic, he brought a belt back to the 305, and in true Miami fashion it really isn’t a true championship. But fake it till you make it, right? That’s real Miami. For Masvidal, though he has made it to the limelight, the undisputed UFC welterweight title is now dead center for him, all that Miami is waiting on is who will be defending it. Will it be the Nigerian born Kumaru Usman, or the MAGA loving heel Colby Covington. One thing is for sure, Miami will be ready to ride and die for the “Baddest MotherFucker.” Miami needs an undisputed champion, it is super necessary.