Who’s Going? Who’s Coming? A Snapshot of What the Transfer Window Might Look Like Under Jose Mourinho 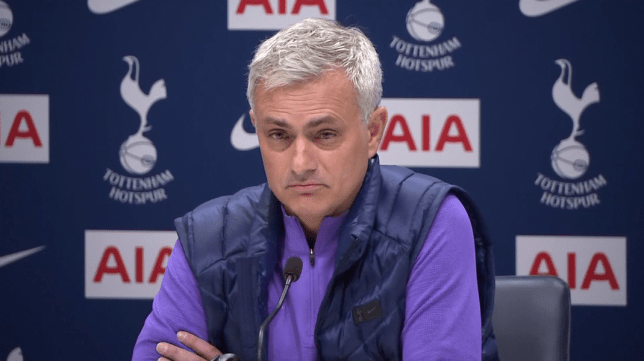 So as its been said in the media almost immediately after the departure of Mauricio Pochettino that the next manager of Tottenham will be Jose Mourinho.So, I’ve done a list of what a future squad could look like and included some players that he may seek to bring in, as well as who will likely be heading for the door.

Mourinho was known for having quite the blank checkbook when he was manager of Manchester United, spending just over three hundred million pounds in his two and a half years with the club. It will be interesting to see if he is given the same amount of backing from the traditionally more financially prudent Tottenham and the ever saving Daniel Levy. But if he is given the financial backing that he expects, it will be interesting to see how things turn out under Mourinho compared to Pochettino, who was never quite handed the keys to the bank so to speak.

The thirty-year old from Belgium has been a part of Tottenham since 2015 and has played a key part of the side at centre back, but with contract troubles being much apart of the last year and no sign of a contract on the horizon, it may be time to move on from him before they lose him for nothing. Toby and Jan Vertonghen have been one of the best centre back pairings in recent memory for both the Spurs and for Belgium, but it’s unfortunately time to call it quits on Toby and hopefully replace him with a younger player, or for someone like Juan Foyth to step into the first team.

Danny Rose is no stranger to being on the outs. He showed that when speaking to media publicly seeking a move away from Tottenham, so it’s no surprise to see him on the list. With both a drop-in performance levels and the emergence of Ben Davies as a more solid starting option, it’s for the best that Danny is moved on from the club sooner rather than later. Mourinho has shown his love for the use of wingbacks, so it will likely be one of the first places looked at for improvement, which in my opinion is something Tottenham have needed for several years.

It came as a surprise when Eriksen wasn’t moved in the last transfer window for many, but it’s been known for a while that the Danish international wants to move away from Tottenham and seeks to move to Spain, or more specifically, Madrid. Bringing in Giovanni Lo Celso should have meant that Eriksen was shown the door and collected a nice fee for him, but at this point there’s more of a risk of him simply running down his contract and leaving, so it’s definitely time to cash in on him while they still can. Lo Celso will prove to be an adequate replacement and hopefully his loan move is made permanent.

I want to start this by saying I love Victor and really do think he is a great player on his good days, but those days are few and far between, managing just 13 appearances last season and not appearing very regularly. He wasn’t given the opportunity though as he was brought in as a player to try and fill the hole that was Moussa Dembele. That was never going to be an easy job, and once Dembele left it was easy to see how badly he was missed. I still think Victor can do a good job for a premier league team, but unfortunately Tottenham is not that team.

Tottenham’s central midfield lacks quality, and with Wanyama on the out and Dier likely to be pushed into a more defensive role under Mourinho, it gives need for a back up and young Tonali is the perfect player to come in, sit on the bench, learn, and be able to come off the bench and make an impact. With time, he might be able to step in to the first team alongside N’Dombele. Mourinho isn’t known for trusting youth in the last few years, but Sandro has shown glimpses of quality while playing for Brescia in Serie A and with time would develop into a player like that of the midfield in Mourinho’s Inter.

The times when Tottenham could rely on Jan Vertonghen and Toby Alderweireld are basically over with Toby on the way out and Jan starting to show signs of age, so it’s time to pair Davinson Sanchez with another young powerful centre back. He has shown at Leipzig that he’s able to play with the ball at his feet and string together good passes with the midfield, very much similar to a ball playing centre back that Mourinho favors. If Vertonghen started, it would allow him to develop his play under Mourinho into a perfect ball playing defender.

Having almost gotten this transfer over the line in the summer transfer window, but falling at the final hurdle, it’ll be interesting to see if the young Argentinian will still make the switch to Tottenham. He still does not really seeming to fit into manager Maurizio Sarris plans. This will more than likely have him seeking a transfer, so it’s likely that Tottenham go back in for him. He’s spent time as a striker, but more importantly as an attacking midfielder, which is more than likely where he would be positioned in order to help fellow Argentine, Giovanni Lo Celso, as Mourinho has shown in the past that he likes to deploy a creative attacking midfielder behind a strong forward, similar to how he used Mata at United or Lampard at Chelsea. So hopefully the Argentine can be brought in.

I believe it’ll be interesting to see how Mourinho sets up the Spurs, as the reign of Pochettino has been so long, some people like to suggest that Mourinho is past his prime as a manager, and I understand where those people are coming from, but at the same time it’s easy to forget just how good he has been in the past, and if he is given full trust and the right people and right budget, then it’ll be an interesting ride to say the least. And as a Tottenham fan myself, I am fully on board with the club signing Mourinho because honestly who would have thought that Tottenham would be able to attract such a manager five years ago, and for that I thank Pochettino for all he did for the club. I’m sure wherever he ends up, he will continue to do great things and bring such amazing passion to everything that he does.