Is Gordon Hayward Officially Back? 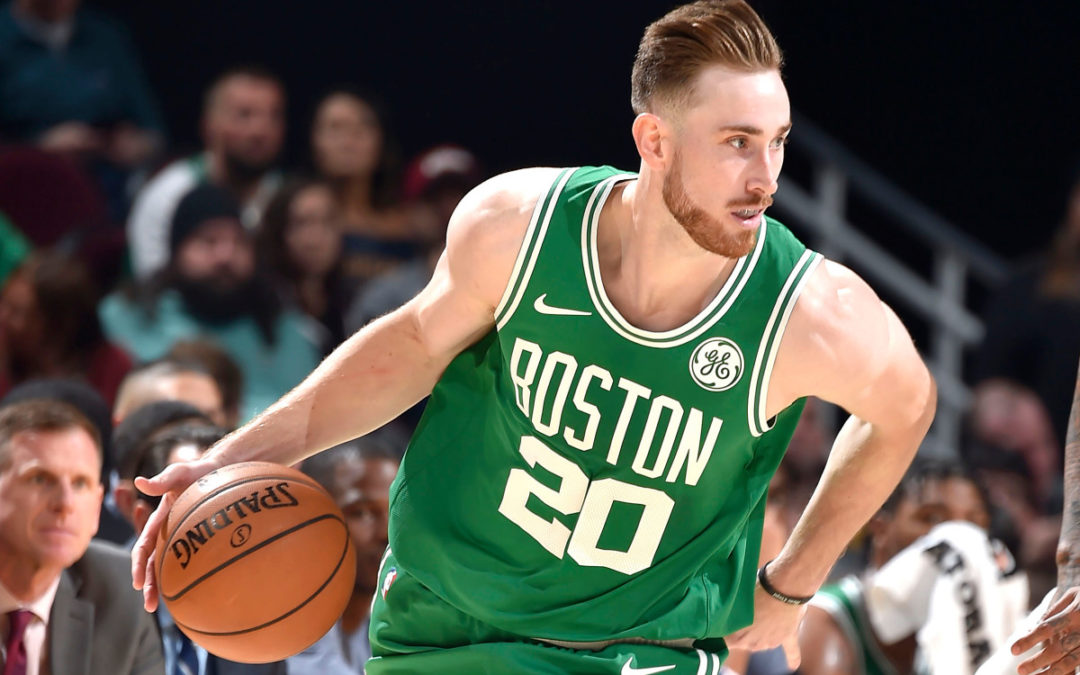 I know what everyone is thinking. You are all thinking, yes, of course Gordon Hayward is back, he is playing isn’t he? And yes, if that’s how you are thinking, then I guess technically he is back. But what I want to know is, is he back to Utah Jazz Gordon Hayward? Is he back to Western Conference All-Star Gordon Hayward? So when you look at the question from that perspective, ask yourself, is Hayward really back?

Listen, we all know the story by now. In the summer of 2017, Gordon Hayward was coming off an all-star season in which he averaged 22 PPG, 5 RPG, and 4 APG for the Utah Jazz. He was, without question, the most coveted free agent. Ultimately, he chose to reunite with his old college coach and join the Boston Celtics. Expectations were sky high as later that summer the Celtics also traded for all-star guard, Kyrie Irving. Fast forward to game 1 of the 2017-18 NBA season and it’s opening night and time for the Celtics to put the league on notice. Five minutes into the game, Hayward cuts back door and Irving throws him a lob. Hayward goes up for the dunk and is undercut by former Celtic, Jae Crowder. He lands awkwardly and dislocates his left ankle and fractures his left tibia. Boom! Season over and all expectations put on hold. Hayward would need a full year of rehab and would not play again until the start of the 2018-2019 season.

For the Celtics, a lot of their success in the 2018-19 season was going to hinge on how well Hayward could come back from this gruesome injury. Throughout the season, he would show flashes of his former self, but you could always tell something wasn’t right. It looked as if he lost his confidence and he definitely didn’t have the same burst and athleticism he showed with the Jazz. About 1 out of every 10 games he would have an old school type of Gordon Hayward game and you would say to yourself, “I think Gordon is back.” But every time, he would follow it up with a dud. After the season, Hayward vowed to be better and to put in the work to do so.

During the off-season, Hayward usually heads out west to San Diego to train for the upcoming season. However, this off-season he stayed in Boston, and according to Celtics GM Danny Ainge, was at the Celtics practice facility almost every day. That kind of commitment and work ethic has shown early on in this young season. Through 6 games, Hayward is averaging 20 PPG, 7 RPG, and 4APG, all culminating in his most recent performance of 39 points, 7 rebounds, and 8 assists. Numbers wise, the all-star production that Gordon showed in Utah has returned. I mean all you have to do is the eye test. He is more explosive, he has a quicker 1st step, and he is able to get to the rim and beat defenders off the dribble every single night. He is continuously improving and is only going to get better as the season plays out. The Celtics currently sit at 5-1 and are tied atop the Eastern Conference standings with the 76ers. One of the biggest reasons why, Hayward’s back to playing like an all-star. So, I ask everyone once again, is Gordon Hayward really back? I guess only time will tell over the course of an 82 game season. But as for now, I know what my answer is: YES!