THE START OF SOMETHING BIG 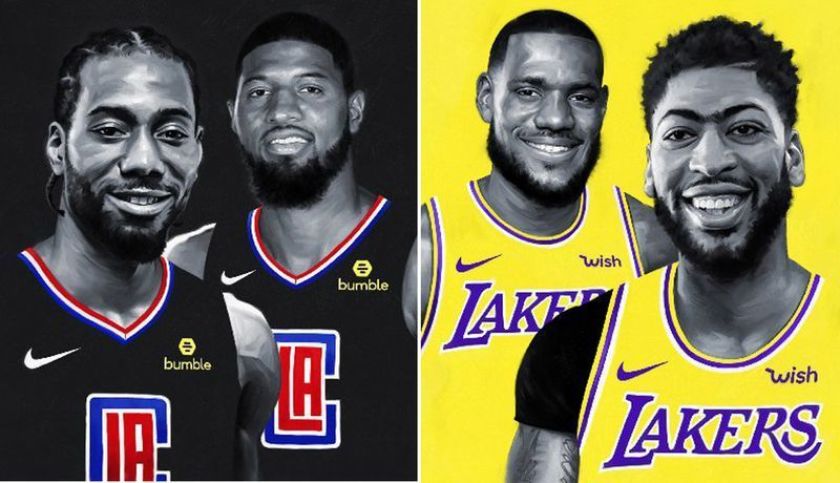 So, to say I am very excited to be starting as a contributor with the Unwrapped Sports Network is an understatement. What’s even better is that I get to contribute to their NBA division and cover a league and sport that I fell in love with 25 years ago at the age of 6. So yeah, I guess you could say I’m very excited and thankful to everyone at Unwrapped sports for this opportunity.

Ok, so I’m sure you’re all wondering who I am. My name is Marc Belleville, I am 31 years young and currently live in the small state of Rhode Island. I have a beautiful wife named Heather and 3 beautiful children named Harrison, Caroline, and Bennett. They are what keeps me going and motivated to be my best every day. I have an extreme passion for the game of basketball and have been playing or coaching in some capacity since a young age. Currently, I work as a Service Consultant at a Lexus dealership and have been there for the last 13 years. While I do like my job, it is currently just something that gets us by and pays the bills. Cars are not my passion. The game of basketball and sports in general are and that is what gets me most excited for this opportunity.

Now that I have shared the facts about myself, let’s talk some hoops. I mean that’s what we are here to do, isn’t it? The NBA, I mean where do I start? I have not been this excited about this league in quite some time. There are literally 10 teams, if not more, that feel they can contend and win the NBA Finals this year. Obviously, for the last 5 years, it has been the Golden State Warriors in the West and for 4 out of the 5 years, the Cleveland Cavaliers in the East. And let’s be honest, if Lebron James had not gone to the Lakers, it probably would have been 5 out of 5. We had a crazy amount of star free agents change teams over the summer and already they are making their mark on their new teams. Al Horford has helped the Sixers to a 5-1 start. Kemba Walker has had 3 straight 30+ point games to help the Celtics to a 4-1 start. And then you have Anthony Davis and Kawhi Leonard out in LA helping their teams to blazing 6-1 and 5-2 starts, respectively. Now it hasn’t been all sunshine and rainbows for every new addition. Out in Houston, Russell Westbrook is averaging a near triple double with 21 PPG, 9 RPG, and 9 APG; but the Rockets are 3-3 and giving up 127 points per game defensively. That is good for dead last in the NBA. Out in Brooklyn, Kyrie Irving is averaging 30 PPG, 6 RPG, and 7 APG, but the Nets are 2-4. Due to a lack of defense and chemistry issues, this could be a long season for the Nets until Kevin Durant can come back, and that most likely isn’t happening until next season. It is still very early in the season, and as the season goes on, we will soon separate the contenders from the pretenders and answer a lot of questions. Can Miami and Minnesota continue their early season success? Can teams like Houston and Brooklyn clean up some things and fight for a high playoff seed? Once again, I think we are in for a treat this year in the NBA and I hope all my basketball fanatics out there are ready to enjoy the ride!

With that said, let me wrap this up by saying once again, thank you to everyone at Unwrapped Sports for allowing me to give my insight and opinion on the great game of basketball. They are a bunch of very knowledgeable individuals and know sports very well. To stay up on everything with myself, follow me on Twitter @MBelleville23 and @Unwrappedsports. I promise you will love all the content and the direction we are all headed. Stay tuned because this is The Start of Something Big.