Buffalo Bills Stay Hot with Sixth Win on the Season 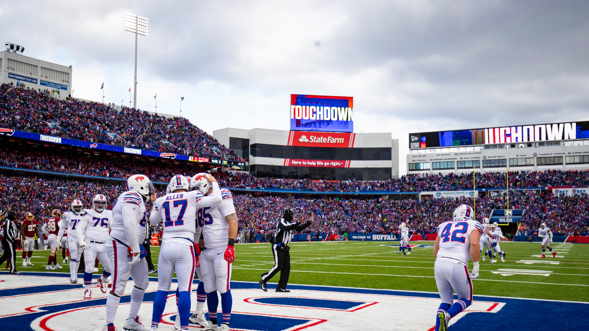 Safety, Micah Hyde, may have said it best after the Week Nine victory for the Bills, “I’m done apologizing for ugly wins. We’re 6-2, at this time last year we were 2-6.” National media may label the Bills a “pretender” team and not a real contender for the playoff race, but if you ask the players, they are ready to make a push for not only a playoff spot, but potentially a division championship for the first time since 1995. Granted, the six teams the Bills have beat this season have a combined record of 9-41, but the only two losses of the year came against potential Super Bowl contenders. The Bills will have to prove they are not pretenders when they play against upcoming teams like the Browns (Week 10), Cowboys (Week 13), Ravens (Week 14) and Steelers (Week 15).

The Bills were able to contain rookie quarterback, Dwayne Haskins, in his first NFL start, and hold him to just 144 yards, on 15 completions off 22 attempts. Washington was not able to get in the end zone, which pushes their streak now to 13 quarters of football without scoring a touchdown. Buffalo scored over 20 points for just the fourth time this season as the offense continued to struggle during the second half. The Bills capped off their Week Nine victory 24-9 over the visiting Redskins and push their home record to 3-2 on the season. 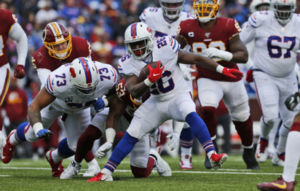 For the first time this year, Devin Singletary was the centerpiece of the Bills offense. After an abysmal week eight against Philadelphia where Singletary only saw three carries, offensive coordinator Brian Daboll made sure to lean heavily on the run game in week nine. Singletary would see double-digit carries for the first time in his rookie season, and did not disappoint. He would finish with 20 carries for 95 yards and would score his third touchdown of the year for Buffalo. Singletary also proved to be dangerous when catching out of the backfield, after his long 49-yard screen-pass which would set up a Bills field goal. If the Bills can continue to establish the run game and balance reps between Singletary and Gore, that could pay off big for Josh Allen and the passing offense. 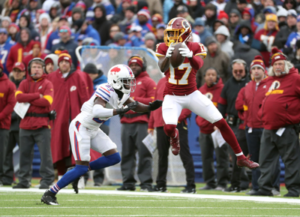 Through eight games this year, Jordan Phillips leads the NFL in sacks for a defensive tackle, and although he has been the shining star on the weak defensive line, the real MVP of this defense is Tre’Davious White. White is arguably the best player on the Bills team, and continues to be reliable against top wide receivers in the league. Against Washington, White was tasked with covering rookie WR, Terry McLaurin. McLaurin has been seeing mostly every snap for the Redskins this year, and averages 6.6 targets per game. White did exactly what he was supposed to, allowing just four catches for 39 yards. Tre’Davious White has quietly been one of the best corners in the NFL this year, allowing 25 completions off 45 targets to the receivers he has covered. Along with not allowing a receiver to get more than five yards of separation downfield this year, White has not allowed a touchdown to the WR he has covered. The Bills secondary continues to win game for Buffalo, and will have a great opportunity to generate more turnovers next week against Baker Mayfield who leads the NFL in interceptions, with 12 on the year. 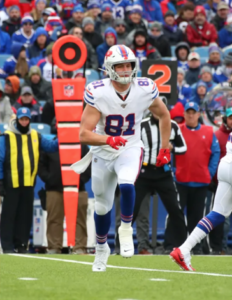 The Buffalo Bills currently sit 26th in the NFL for total passing yards on the season through nine weeks, averaging just 206.6 yards per game. Week nine seemed to be focused more on the run game, with 39 total running attempts, compared to just 20 passing attempts. Establishing the run game will open up the passing game even more, but there needs to be more production from some of the weapons around Allen. Tyler Kroft has been active for two games on the year after coming off foot surgery, and has not yet lived up to his 3 years, $18,750,000 contract he signed this offseason. If Buffalo wants to get the offense to produce more, they will need more production from the tight end position. Dawson Knox had two catches for 14 yards, but Kroft was only targeting once against Washington and had no catches. The lack of a tight end presence not only hurts the Bills offense, but also Josh Allen’s growth. Buffalo has four tight ends on the roster, although Tommy Sweeny is usually inactive for most games, the tight ends are predominantly used as blockers in the run game. Adding targets for the tight ends could be the key to victories for the Bills moving forward.