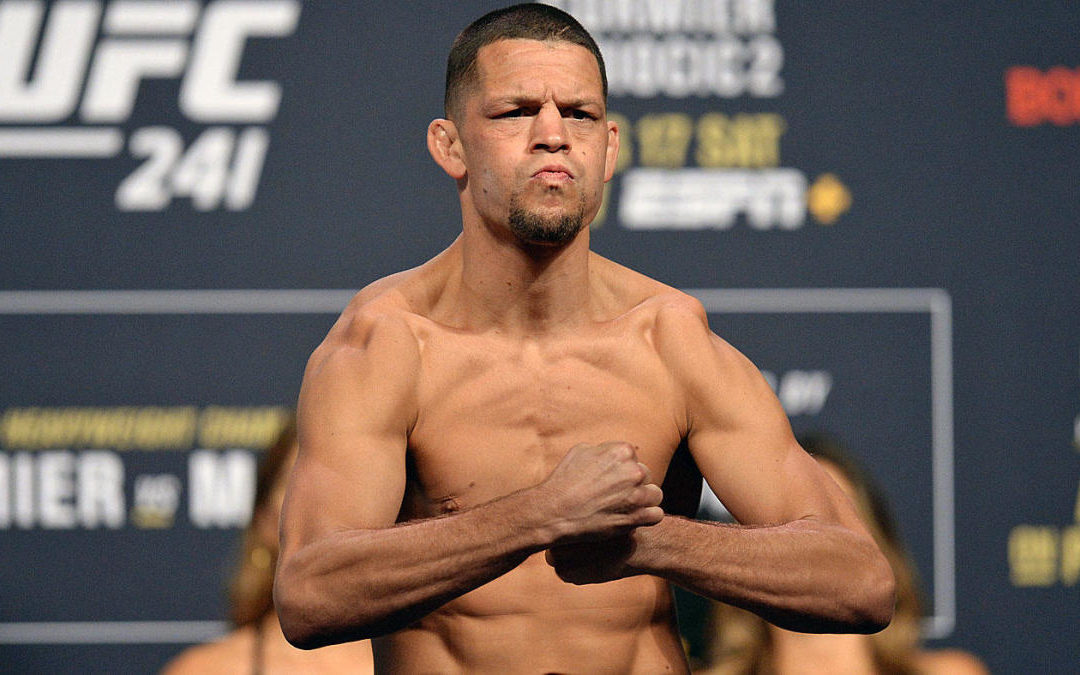 Hey sports fans! Hope your week is off to a good start! Not gonna lie guys, I (and pretty much many MMA fans) almost had a heart attack last week after some devastating news hit about the upcoming UFC 244 pay per view event. You know that feeling you get when your superstar player from your favorite team gets injured for the rest of the season? Well that’s pretty much how it felt when it was announced that Stockton’s own, Nate Diaz, was dropping out of the main event bout, due to the United States Anti-Doping Agency (USADA) adverse finding in one of his drug tests. I can speak for many when I say the UFC 244 main event between welterweights Jorge Masvidal and Nate Diaz, for the Baddest Mother F*cker (BMF) title was one of the most sought out UFC events this year. So, it was heart breaking to hear that Nate himself declared on social media that he was dropping out of the main event, because he knew he did not take any banned substances and alluded that someone in the UFC wanted him to keep quiet till after the fight. Do I believe that Nate Diaz is telling the truth about his drug sample? That’s simple: of course, I do!

Now that’s rare for someone like me or many MMA fans to believe fighters when it comes to USADA finding banned substances in their drug samples. One of my favorite fighters: the UFC light heavyweight champion, Jon Jones, has been guilty of taking many illegal substances on multiple occasions, so receiving this kind of news is not too surprising. But when USADA announced it found trace amounts of a prohibited selective androgen receptor module (SARM) in Nate Diaz’s drug test, I refused to believe it’d be true, because guys, Nate Diaz is out there constantly smoking his marijuana, but he has always been 100% clean and vocal against steroid use. For those that don’t know, SARMs can be used for performance enhancement due to their anabolic properties. Nate felt so strongly about the matter that he pulled himself out of the fight until the UFC and USADA cleared his name of taking any drugs. “Everyone’s on steroids not me,” is the caption of Nate Diaz’s recent Instagram picture, alluding to the fact that he is clean compared to a lot of other fighters. Even his opponent: Jorge Masvidal knew Nate was one of the cleanest fighters in the game, stating on his twitter that he’ll see him in the main event. While MMA fans like myself were panicking about the jeopardy of this Saturday’s main event bout, I knew deep down that there was Nate was clean and hoped for USADA and UFC to work everything out.

Well I guess my prayers were answered by the MMA gods! UFC issued a statement two days ago, pardoning Nate Diaz from any intentional wrongdoing, which was also backed up by USADA. Apparently, Nate was a victim of a contaminated supplement, and now that his name was cleared, the fight is back on! While many fans (including myself) are ecstatic that the main event for the BMF title would go on, it makes me wonder who in the UFC wanted to keep Nate quiet about the drug testing. The Stockton fighter was adamant on protecting his dignity and reputation, pulling out of the fight unless the UFC and USADA did the right thing and cleared his name of taking any illegal substances. The MMA world gets USADA news constantly after UFC events, so it makes sense when Nate said he wasn’t going to keep this a secret. More to investigate on this matter.