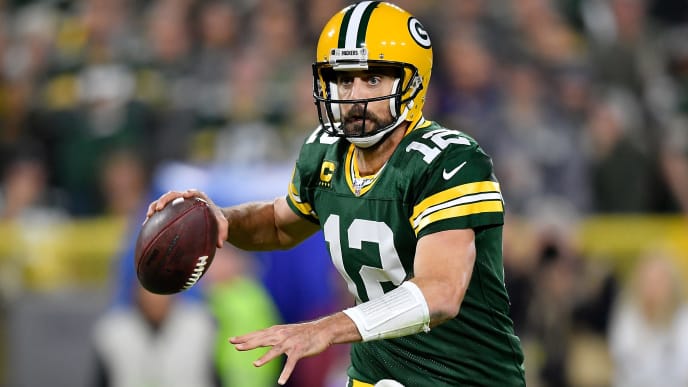 A lot of narratives were once again flipped on their head last week and as we look ahead to Week 8 matchups, there are a few teams that have taken a step forward and a few that have taken a backseat. The Minnesota Vikings, who are taking on the Washington Redskins this week, have looked remarkable and Kirk Cousins has been playing quarterback at a historic level in the last three weeks. Staying in the division, Aaron Rodgers stepped up and put the offense on his shoulders last week in a win over the Raiders, throwing five touchdowns and running one in as well. The Eagles look in utter disarray at this point and need to regroup against a tough Buffalo opponent this week. The Chicago Bears have a quarterback problem and we can say what we want, but Mitch Trubisky is not the answer, and that is a fact. There were some trades as well, as the Patriots and 49ers bolstered their receiving core and the Seahawks and Cowboys upgraded their defenses. The NFL season is a roller coaster with no shortage of excitement. Let’s keep it rolling into Week 8.

The Eagles come into this one scratching their heads after another disappointing loss. The Eagles offense can’t get on track and the defense on the back end has been a mess. The Eagles continually have started slow and put themselves in holes. This, in turn, sees Carson Wentz start to press and last week that all came to a head with maybe his worst performance of the year. The Eagles sit middle of the pack in DVOA so far and that isn’t going to get it done if they want to be a playoff team this year. The pass-catching group has been disappointing, to say the least, and it is surprising to see how reliant the Eagles are on an injured Desean Jackson, who is 30+ years of age. This game will be another tough one for the Eagles offense as the Bills come in at 5-1 with their defense leading the way.

Buffalo’s defense is currently 12th in DVOA and has taken a hit in back to back weeks. According to Football Outsiders Buffalo is the worst 5-1 team in DVOA history. Look for the Eagles to attempt to establish some kind of run game in this one. The Buffalo offense has not been great but if there is a matchup they can exploit it will be with this Eagles secondary. The issue is that Josh Allen has not been accurate with the deep ball this season. According to PFF Josh Allen has the highest grade of any quarterback in the short and intermediate areas of the field and he has the worst grade in the NFL in deep passes. This is still an area that the Bills will look to exploit and even with all the injuries on the defensive line of the Eagles their run defense is still stout. The Eagles simply cannot lose this game or they may be on the outside looking in come playoff time. Look for the Eagles to get some explosive plays this week and find a way to win.

Carolina comes into this matchup off the bye week and is rested and prepared for this matchup versus the 49ers. The word out of Carolina is that they will stick with Kyle Allen for another week. He has filled in admirably for Cam however big picture Cam gives them a higher ceiling. This game will be a true test to Kyle Allen and MVP candidate Christian McCaffrey, as they face the 49ers defense who in any other year would be the best in football.

The 49ers rank 2nd in DVOA in defense this season and are 27 percentage points higher than the 3rd best defense in the NFL according to DVOA. That 3rd place team happens to be the Carolina Panthers. The Panthers defense has stepped up with the Cam injury and has been a real difference-maker in their success since. The 49ers offense has been mediocre but gets a significant bump with the addition of Emmanuel Sanders. The pass-catching core and Jimmy Garoppolo have been disappointing so far this season so adding an established receiver should help. The scheme and the run game have been the winners in this offense and Kyle Shanahan is proving his status as one of the best play-callers in the NFL with the way they have played so far this year especially up front and the ground game. Look for the quick passing attack and play action to keep rolling here as the 49ers defense proves too strong for Christian McCaffrey and the Carolina Panthers.

Green Bay is coming off of their most convincing win of the year. Now, they have to go into Arrowhead Stadium Sunday night to face off against a Mahomes-less Chiefs team that will be eager to show they are not a one-man show. The Packers offense was amazing last week and it was something NFL fans have been waiting for. Aaron Rodgers was simply unstoppable, even with the lesser likes catching passes with Davante Adams still hobbled. The Packers offense ranks 3rd in DVOA and will be a tough train to stop especially with this Chiefs defense who has struggled this season.

Andy Reid is a smart coach and despite the freak injury to Mahomes last week, he has the Chiefs sitting in a good spot at 5-2. The Chiefs are 2nd in DVOA on offense however that becomes irrelevant once you have Matt Moore under center. Matt Moore is a professional though and he did not throw one pass in practice to any of his receivers until he was put in the game last week. Andy Reid is smart enough to design some good matchups against a tough but gettable Packers defense. This game will come down to how Andy Reid can scheme a way to get points on the board as a shoot-out simply isn’t going to get it done in this one. KC is getting healthier on the offensive line this week, Eric Fisher and Andrew Wylie are expected back which should solidify the left side of the line. We will see if Andy Reid trusts his stable of RB’s to get it done both in the air and on the ground. I believe he will and the Chiefs give the Packers everything they can handle at home in front of arguably the best fans in the NFL.