Next Man Up: New England Patriots Offensive Injuries Continue to Pile Up 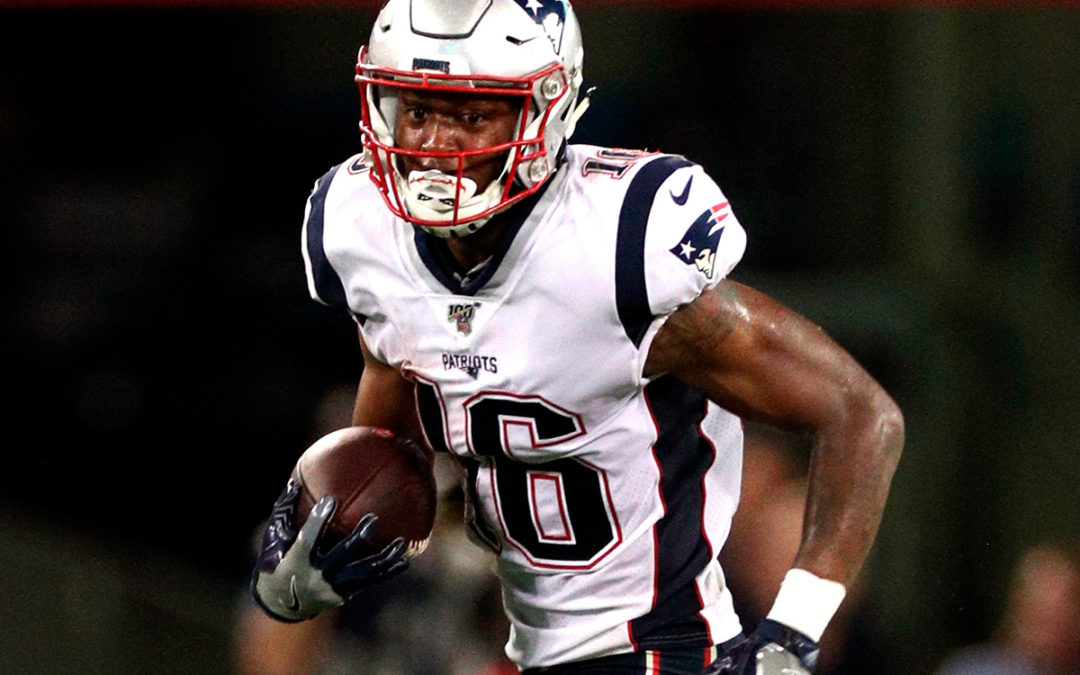 Through six weeks of the 2019 NFL regular season, the New England Patriots pass catchers have been riddled with injuries. The Patriots Friday injury report featured a plethora of names such as Julian Edelman, Josh Gordon, Phillip Dorsett, Matt LaCosse, Rex Burkhead, and Ryan Izzo. An extensive list to say the least and one that includes New England’s top three wide receivers, top two tight ends, as well as their second best pass catching running back. Fortunately though, the Patriots are no strangers to the “next man up” philosophy, which has been a fundamental key to their decades of success.

The former North Carolina State wide out went undrafted this past spring and landed with the Patriots during training camp. Meyers instantly stood out during preseason games, where he demonstrated his strong ability to catch the football as well as his in game smarts. Although, like seemingly every rookie Patriots receiver, Meyers has struggled to develop in game chemistry with quarterback, Tom Brady. Past rookie wideouts have struggled to develop chemistry with Brady often due to an inability to learn New England’s complex playbook. However, Meyers’ lack of continuity with Brady has little to do with understanding the playbook, and everything to do with the two players simply not taking extensive reps together. As the team’s receiver injuries have piled up, Meyers and Brady have been able to take more reps together in practices as well as games. Meyers’ two best attributes are his brilliant hands and great 6-2, 200 pound physical size. Meyers’ hands are special, as he has the rare and coveted natural hands talent paired with very good field awareness that compliments his skill set.

The Patriots week six win over the New York Giants displayed Meyers’ potential as he continues to develop chemistry with Brady. Meyers caught all of the passes thrown his way and finished the game with four receptions for 54 yards. Meyers made two very flashy and eye opening receptions against the Giants secondary. The first of which came when he caught a 23 yard back shoulder pass while contorting his body and falling to the ground. The second showed off the rookie’s awareness and came when Meyers caught another 23 yard pass on a deep crossing route. The crossing route required Meyers to catch a high pass that he then raised above and slightly behind his helmet in order to ensure the defender could not knock the ball loose. As Meyers and Brady continue to develop game chemistry, the rookie should be primed for an impactful second half to the season.

The 38 year old recently re-signed tight end is a huge question mark for New England. While Watson spent six years with the Patriots and has a strong history with Brady, the veteran is extremely old for his position. There are questions as to whether or not Watson will be able to physically hold up while blocking along with whether or not he is still nimble enough to run effective routes. With both of New England’s starting tight ends dealing with injuries, those questions will be answered Monday night as the team will almost certainly feature Watson extensively. The tight end does not still possess the speed to stretch a defense vertically, but the savvy veteran is more than capable of getting open in short yardage and making consistent, possession catches. Brady, along with the team, surely know this and it will be interesting to see how, as well as when, the offense features Watson.