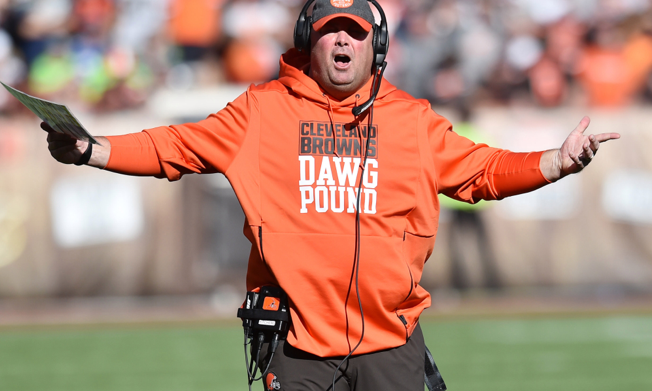 When building a championship team in the NFL, there are three things that a team must have to be a highly functional unit. Those three things are the right coach, a reliable quarterback and a rock solid offensive line. Without those three components, any team is sure to fail and be completely dysfunctional. Having two out of the three can get you into the playoffs, but won’t win you a championship. A perfect example is the Dallas Cowboys. Dallas has the quarterback and offensive line to get you to the playoffs and beat some good teams, but their deficiency at the coaching position has kept them from reaching that next level. Those three components all work in unison to put a championship season together.

Unfortunately for the Cleveland Browns, they only have one of those three components; and some would argue that they have none. I personally believe Baker Mayfield is the right guy for Cleveland. But they do not have the other two key pieces around him. Instead of keeping Greg Williams, who had some success last season with the dog pound, they decided to go with a rookie head coach in Freddie Kitchens. From my point of view, this was a disaster waiting to happen. A first year head coach who was a running backs coach the year before taking over a team with that much personality just does not work. Kitchens is not well rounded enough, nor experienced enough to jump into that role and try to lead a team with championship aspirations for the first time in decades.

While Cleveland did bring in some major talent this off-season in Odell Beckham Jr., Kareem Hunt, and more, they did not address their main issue of the offense, which we can clearly see is their offensive line. Cleveland was blinded by talent instead of addressing their need of not being able to protect their #1 overall draft pick. This is the same thing holding back the Texans, but they at least attempted to address the issue and now have better protection for Watson than his first couple of seasons. We see Baker Mayfield being asked to make too many pressured throws from in and out of the pocket when that just isn’t his thing. Baker isn’t big enough or athletic enough to overcome a terrible offensive line. Baker is a precision passer from inside the pocket who can roll out if he has to, but constantly running for his life is forcing him to make crucial errors.

Baker is the guy for Cleveland, but he can’t do it without the right coach and line play that his style of play needs. I know people say defense wins championships, but we have seen teams with bad defenses win the Super Bowl. In recent memory, I cannot remember the last time a team won it all without the three components (QB, Coach, O-Line). Obviously a decent defense is necessary, but those three components are what drives championship teams. Cleveland needs to seriously look into upgrading their coach and O-line in the offseason if they want Baker and this young Browns core to be around for a while. If not, this will end up being the most disappointing era ever in the history of Cleveland football.