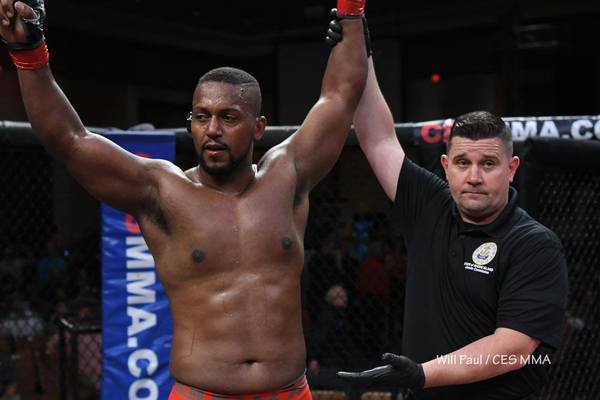 The biggest fight event in oceanic history did not disappoint a lot of stars were made and a lot of new questions were raised. The biggest winner however can determined as City kickboxing as the school just raised its bar substantially via this event.

In a clash of heavy hitting heavyweights where the arena felt the waves with each blow landed, The Portuguese Yorgan De Castro came out on top, landing a perfect hook and catching Tafa as he charged in putting him out the very instant it landed, earning De Castro a 50k bonus. The walk off KO was very mark hunt reminiscent.

The welterweight phenom Douglas Lima’s younger brother Dheigo Lima has put on a very impressive 3 fight win streak as all seems to be coming together for Lima in the UFC, and his performance surely proved that as he outclassed Jumeau at every turn of the fight by serious low calf kicks which stumbled Jumeau multiple times. Lima seemed to be stunned momentarily by an uppercut but instantly came back landing a perfect hook on Jumeau nullifying the charge, Lima seemed one step ahead in terms of technique even fighting mostly on his back foot. The biggest surprise was the split decision as it seemed a very clear UD (30-27) for Lima.

After a heavy early leg kick which dropped Spivac, he started to time Tuivasa’s leg kick successfully catching it for perfectly timed takedowns multiple times for the entirety of the 1st round. Spivac was able to endure a few “bam bam” barrages and was successful in landing a big takedown in the 2nd round, which was followed by a beautiful transition to mount complimented by heavy ground and pound that enabled Spivac locking in an arm triangle putting Tuivasa out. A fight which seemed perfectly tailored for Tuivasa’s style turned out as a very big upset. Bam Bam is currently on a 3 fight skid.

In a battle of the UFC’s toughest, The Hangman battered Raging Al throughout the contest, hindering Al’s ability to close the distance with early calf kicks putting his reach at a more advantage. Hooker sniped him with no wasted shots, even dropping him in round 2, but with Al being so tough, he did not take a step back, charging at Hooker and landing some shots of his own, but Dan was unfazed and kept his composure, picking Al apart from range. Hooker called out Dustin Porier post fight with this exact statement, “I am going to end you.” Gunning for a main event spot at UFC New Zealand.

The world’s best middleweight was determined in a battle of title unification. An exciting and fast paced battle ensued right away as the reaper rapidly blitzed in trying to catching Israel with overhand rights and left hooks, landing some but missing most due to beautiful head movement and reach utilization by the Stylebender. Whittaker seemed comfortably ahead in the first round until the last second where he got dropped while trading hooks with Izzy. The reaper still came in charging the second round and finding more success in landing on Israel, a very back and forth round 2 ended when Robert got caught with a short check hook in the pocket, stumbling back Adesanya followed up on a hurt reaper making the referee intervene and thus crowning a new undisputed and undefeated middleweight champion “The Last Stylebender” Israel Adensanya. A masterful performance turned in by Izzy probably made him the biggest star in UFC after Khabib but certainly the most marketable.

The Next Test at Middleweight

The Last Stylebender vs The Eraser

A fight that does not need any more heat looms next. Both undefeated, vicious strikers, Impeccable timing vs Ruthless Aggression, Laser Guided bullets vs Bombs and mainly They both do not like each other at all.