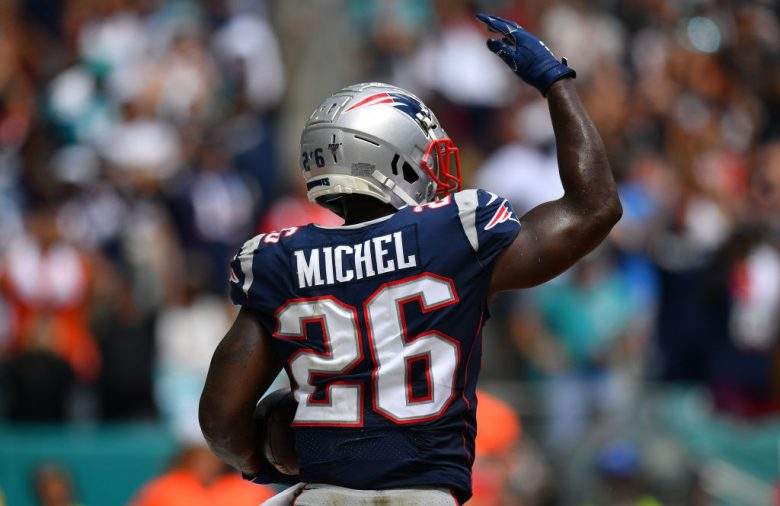 Coming off a 33-7 blowout win over the Washington Redskins, the New England Patriots will look to stay undefeated as they face the New York Giants at Gillette Stadium on Thursday. Despite last week’s final score, the Patriots offense has a lot of room to improve as they only managed to score 12 points in the first half.

The Impact of a Running Game

The Patriots were extremely one dimensional during the first half of Sunday’s game, as they ran the football only seven times. New England’s offense was predictable and allowed for the Redskins defense to eat them up. Washington’s edge defenders fully committed to rushing the passer and showed no concern for the run. Furthermore, Washington’s linebackers played with a heavy anticipation of the pass, as they knew the Patriots were not running the football. However, the Patriots coaching staff deserves credit for making clear offensive adjustments at half time. Throughout the game’s last two quarters, New England changed their offensive plan to heavily feature their running game. The Patriots ran the football 20 times in the second half with Sony Michel getting a bulk of those reps. The running game gave New England a more balanced attack that Washington simply could not keep up with. While the Patriots racked up rushing yards, the play action passing game began to open up. It is no coincidence that New England put up just 12 points when heavily relying upon passing the football, and put up 21 points when the offense became more balanced in the second half.

New England’s coaching staff and quarterback Tom Brady have certainly recognized how the offense functions more successfully when having a balanced rushing and passing attack. Also, the New York Giants are ranked as the 23rd rushing defense in the league and are giving up an average of 130 rushing yards per game. The Patriots should look to lean on Sony Michel early in this football game in order to establish tempo and toughness. Additionally, New England’s receivers are heavily banged up at the moment. Tuesday’s practice injury report featured Julian Edelman limited with a rib injury, Josh Gordon limited with a knee injury, and Phillip Dorsett not participating due to a hamstring injury. The plethora of injuries along with the game coming on a short week should indicate that the Patriots will rely on their ability to successfully rush the ball. Moreover, I would expect the Patriots passing offense to feature their tight ends a lot more than they have in past weeks as well as giving James White many opportunities to catch the football.