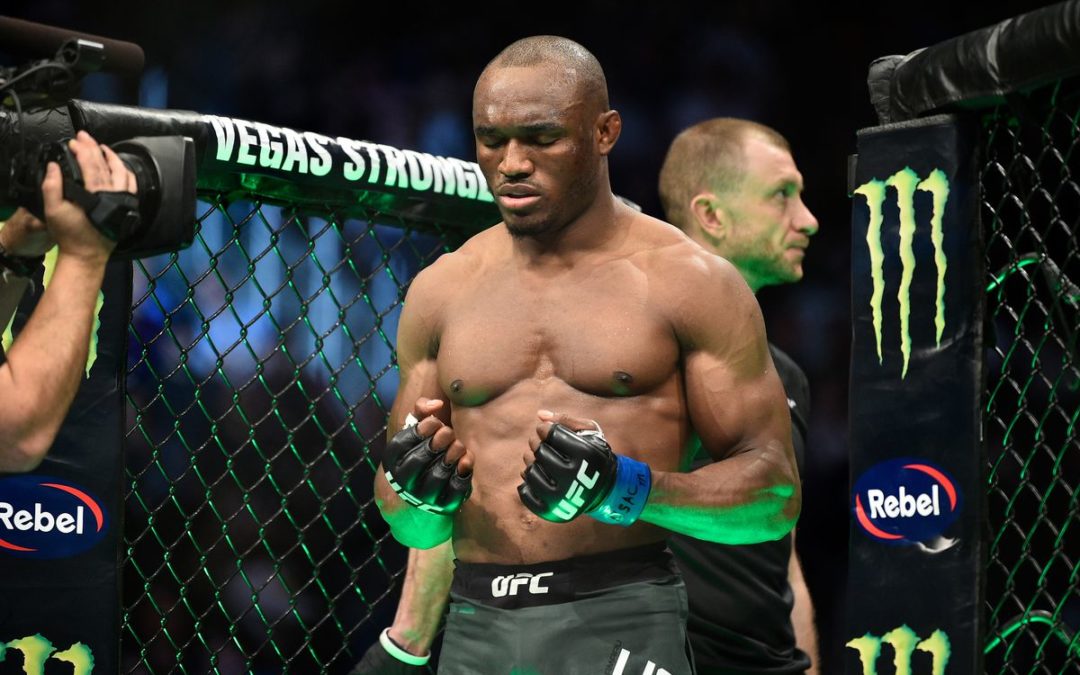 What’s going on boys and girls? I used that phrase on purpose because that is exactly what this week’s piece is about! Have y’all seen the newly designed UFC belt? It signaled the major partnership deal the promotion has with the sports network, and now every newly crowned champion or existing champion has one for every title defense. I personally think it looks childish, like a Lego toy, there’s no question I preferred the older, more prestigious looking belt design. But this article is not about the belt, it’s about the new champions that hold it. All four fighters that I am about to talk about, are not only new UFC champions, their behavior inside and outside of the octagon mimic the juvenile design of their belt. Shout out to the homie, Mark Manoharan, for giving me the inspiration for this piece. Keep in mind, this piece is not to disrespect their skillset and technique. With that being said, let’s get started!

First up is the most recent of the newer UFC champions: the undisputed middleweight champion, Israel “Stylebender” Adesanya. Coming off an impressive victory over former champ, Robert Whittaker, Adesanya has been riding a wave, currently undefeated in the UFC. His quickness mixed in with the best head movement I have ever seen since Anderson Silva, and his dexterity, makes him a favorite amongst many MMA fans…just not to me. Adesanya is unique, that’s for sure, with other hobbies such as dance, anime, and video games, fans can’t get enough of him. Many might argue he’s just confident instead of arrogant, but I beg to differ, only because he is extra if y’all know what I mean. I am not a big fan of fighters that talk a lot, and although he can back it up in his fighting, it still annoys me. Talking to a few MMA fans and friends, he pretty much is a big kid at heart, and he has quite the personality, so it’s no surprise that “Lego” belt was fit for him.

The second most recent UFC champion is from mainland China. Weili Zhang, who won the strawweight title from Jessica Andrade on August 31st, 2019. The problem is not what transpired in the octagon, where she mulled Andrade in the first round and won by technical knockout, making history as being the first Chinese woman to win a UFC title. The problem is what happened after the fight was over. Zhang later revealed her desire to fight current flyweight, Valentina Shevchenko, which caused a lot of friction between her and the UFC fans because she hasn’t even defended the title she just won. As a proud Chinese woman, I am floored by her performance in the octagon, but disappointed in the way she chose her next move. If Zhang wants to practice being China’s best export, which is efficiency, and her game plan is to try to win two titles the fastest way possible, then she needs a reality check! Shevchenko has already denied her request, and with her being denied also a US visa, Zhang needs to realize she must defend her strawweight title and earn that shot with the queen of the flyweights.

This man doesn’t need much of an introduction, since he’s constantly trolling on social media and making ridiculous callouts. Two-division UFC champion: Henry “Triple C” Cejudo has become quite the internet sensation in the MMA world, after won the flyweight title against one of my all-time favorite fighters: Demetrious “Mighty Mouse” Johnson. Started his costume appearances with his crown, gold medal, and king’s staff during UFC events, attract a lot of attention. Which brings me to my point, besides the fact he is quite short in stature, it is his personality and callouts–including a strange one to female fighter, Valentina Shevchenko–that qualifies him as the ultimate kid, with the ultimate kid belt! The worst stunt he’s done in my opinion, was his media day faceoff with former bantamweight champion, TJ Dillashaw, where he brought up a plush snake on stage and attempted to whip it down. If that doesn’t say childish to you, I have one more champion to talk about!

Okay guys, talking about this last UFC champion hurts just a tad bit. I have been a big fan of current welterweight champion, Kamaru Usman, ever since I saw him compete and win The Ultimate Fighter Competition: Blackzilians vs. American Top Team. So, when I heard about his fight title against former welterweight champion, Tyron Woodley, I was ecstatic and probably in the minority of MMA fans who thought Usman would win. I was confident in my pick, so when both fighters went the distance, I knew Usman dominated the champ. After he won his title was when the terrible trash-talk really started. Especially with Colby Covington–the interim welterweight champ–the taunts, the comebacks just get worse and worse. Whenever Usman would try and make some comeback to a threat on social media, it would just make you want to shake your head–yes, it was THAT bad. Unless Usman can up his trash-talk game against his future adversities, he deserves to be holding that toy belt of his.

That’s all for this week folks! Feel free to comment! I’m on twitter @MoniqueYip, so follow up, and I also live stream at sportscastr.com/MoniquesMomentsUSN during the NFL season! See y’all next week!