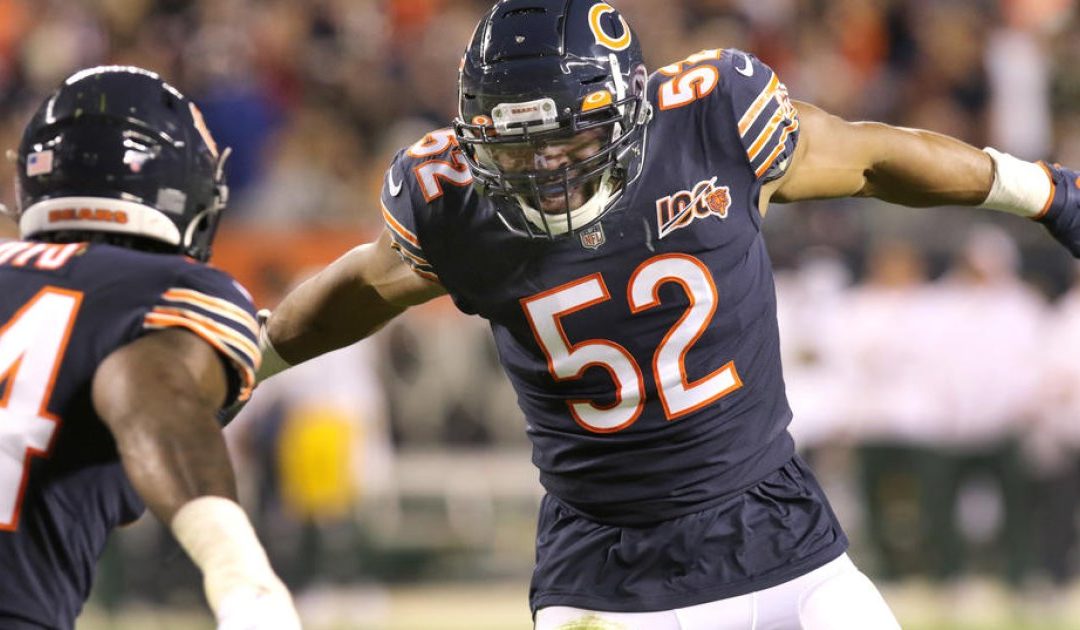 Welcome back for another week of NFL action. Week 4 saw some very interesting results. The Tampa Bay Buccaneers traveled cross country to drop fifty-five on the Rams for the win as nine-point underdogs. If that wasn’t enough the Browns toppled their in-division foe, looking like the team we expected coming into the season and did it while relying on Nick Chubb and his impressive performance. Another and most devastating story to fantasy owners were quarterbacks that threw 0 touchdowns this week, which included Patrick Mahomes, Tom Brady, Matt Ryan, Deshaun Watson, Kyler Murray, and Dak Prescott just to name a few. With all that happening last week, let’s look ahead to see what Week 5 has in store for us by looking at this week’s exciting matchups.

If the playoffs started today the Raiders would be in the playoffs. That is crazy to think about and yes it is early but coming off their most impressive win of the year that is where the Raiders find themselves currently. The Raiders comprehensively beat the Colts last week on the road nonetheless jumping out to a big lead in the first half and icing the game with a late pick-six. Before this game Oakland’s offense had been in a slump having scored in only two of previous 18 possessions, Tyrell Williams and Josh Jacobs had workmanlike games Oakland compiled 190 yards on the ground and Derek Carr led 3 touchdown drives on first four possessions. This week that will be a substantially tougher task against the vaunted Chicago Bears defense. The Bears defense is now ranked number three according to DVOA (DVOA measures a team’s efficiency by comparing success on every single play to a league average based on situation and opponent.). The most anticipated battle will be how the Raiders deal with Khalil Mack who has been worth every draft pick and dollar that was used to obtain his skills. He will be a man on a mission and could see him wrecking everything the Raiders want to do this week. The Bears offense looked more tolerable but only put up 16 pts after Mitch Trubisky went down with a shoulder injury. Chase Daniel, a career backup came in and gave the Bears offense a more on schedule approach making Allen Robinson look viable as a weekly play in most fantasy leagues. With Chase Daniel at the helm, I fully expect the Bears to rely on their run game and their defense to win this neutral-site game and cover the -5 spread.

Both teams come into this matchup after disappointing losses. Dallas went to the Superdome in New Orleans and was stifled offensively. Prescott was less than impressive and their offensive line as much praise as they received did not look great against a Saints defense who has stepped up since the Drew Brees injury. The Cowboys continually ran in suboptimal situations. Dallas committed to running on early downs and it did not work. They only had a 17% success rate on early-down rushing attempts according to Sharp Football Analysis. They didn’t do the things that had been so successful in the past games which made Dak look like a franchise quarterback. They only used play-action on seven dropbacks according to PFF. In this matchup expect the run game to work against a Packers defense that just got gashed by the run a week ago by the Eagles. Elliott is going to be a problem for the Packers this week and in turn, the Cowboys offense will be able to use play action at an even higher success rate if the Packers are forced to key in on the run game. The Packers who have been buoyed by their defense in their first 3 wins looked to Aaron Rodgers to bail them out on Thursday night and he almost pulled it off albeit a late interception from the two-yard line. It was the first interception for Rodgers this season and very untimely but the Packers had their chances and refused to run the ball in a situation that was advantageous for a team that was undefeated at the time. Although the Packers have been successful early in games offensively they have struggled late in games and with Devonte Adams looking like he will not be available for this game it may be even harder for the Packers to move the ball. Rodgers is going to need to have an elite performance for the Packers to win this one and one of their secondary options will have to step up if they want to win this game against a Dallas team returning home and wanting to get their offense back on track.

The 49ers come into this Monday Night Football game full of excitement and intrigue as they have defeated the Bucs, Bengals, and Steelers before going on a bye last week. The 49ers offense and defense are both in the top 10 according to DVOA and have been a lot better than what the perception was in the preseason. This game sets up as a true test for the 49ers and their defense, which has been the real surprise for this team so far. They will face a tough challenge this week in slowing Nick Chubb and the running game of the Browns. The Browns turned to Chubb to be the focal point of the offense last week and rightfully so. Baker Mayfield has shown that he is not quite ready to be the focal point of the offense in Cleveland and Chubb this week proved how important it was to switch this mindset. Cleveland moved to more of an under center approach and ran a lot more in 12 personnel packages that helped Mayfield, who was able to still deliver quick passes and play-action was also boosted by playing under center more. The Ravens defense is not nearly where the 49ers defense is currently but the change in the scheme while using motion more often has improved the Browns offense enough to give the 49ers a difficult matchup. On the other side of the ball, the Browns defense poses its challenges to the 49ers offense and a scheme well renowned under Kyle Shanahan. It has been a work in progress on offense as they struggled Week 1 but bounced back to a great performance Week 2 and once again dominated albeit five giveaways against the Steelers in Week 3. The offense is better than what San Francisco produced last season. The 49ers offensive line is ranked 1st in run blocking and pass protection through the first four weeks and Matt Brieda and the slew of unheralded running backs have taken advantage. Jimmy Garoppolo will be the key in this one as the run game may not be as effective as one would hope with those gaudy o-line numbers, if the 49ers want to win this one in primetime and put themselves on the map for NFC contender they will have to take care of the football which they have not done so far this season. Look for the Browns defense to cause havoc in this one and create some turnovers and the Browns offense to attempt to take advantage of a 49ers secondary that has some injuries and depth concerns. Nonetheless should be an entertaining game and a good one to showcase on Monday night.

Those are just a few of the matchups we have in Week 5 to watch this weekend honorable mentions were the Falcons at Texans, Jags vs Panthers, Rams vs Seattle and Colts vs KC. Once again, subscribe to the Unwrapped Sports Network newsletter where you will find great content from a host of contributors. Also please follow @semiproUSN on www.sportscastr.com for my picks against the spread, player props and live in-game commentary.