What You Should Know about Davante Adams’ Injury 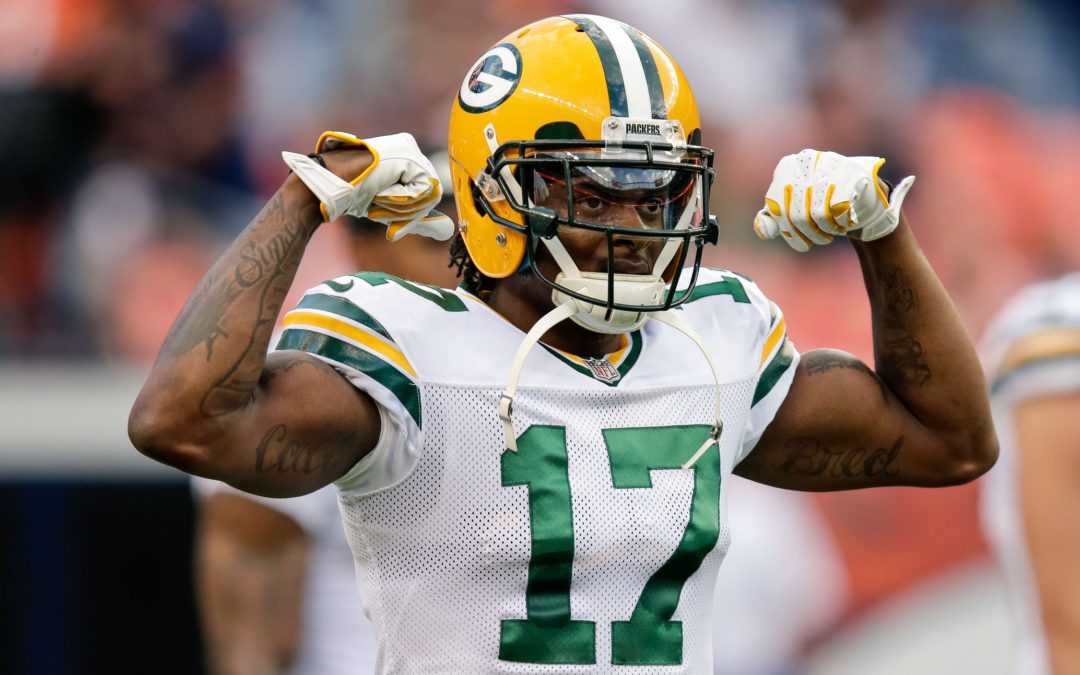 On Thursday night, all Davante Adams did was tally 107 receiving yards in the first quarter. That’s it. He went on to end the night with 180 total yards on ten receptions. Unfortunately, he exited in the fourth quarter with the injury known as “turf toe.”

So here I am again, telling you the four things you need to know about a player’s injury in 5 minutes or less.

“Turf-toe” is hyperextension of the first metatarsophalangeal joint AKA the big toe. It occurs when a player’s heel is in the raised position and the big toe forced downward into the ground. This force disrupts the ligaments and structures on the under side of the big toe and can be extremely painful. See the picture for an illustration. 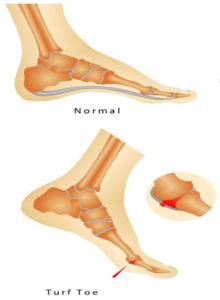 How bad is it?

Although we don’t know exactly to what extent Adams’ injury is, we know it will not require surgery, so at worst it is a grade II (grade III is the worst grade and requires surgical repair). A grade two is technically considered more than “just a sprain” as ligaments are actually structurally disrupted in a grade II. However, that’s the worst-case scenario for Adams.

How long will Adams be out?

In a study from 2010, the estimated return to sport time for a grade I injury was less than two weeks and is essentially dictated by how comfortable the player feels sprinting and jumping. A grade II injury on the other hand can cause about two weeks of missed time. With the ten-day layoff we’re sort of in no man’s land in terms of his return. He’s got a really good chance to play on Sunday but check back with me here to monitor his progress this week. 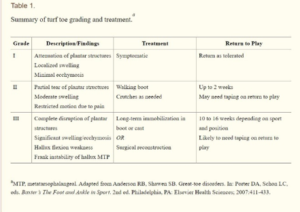 Could this injury linger?

Unfortunately, yes. Connective tissue (ligaments) are slow to heal and if not given the proper active rest and rehab they deserve when injured, can continue to nag as the season wears on. Hopefully the Packers don’t rush him back too quickly and he comes back like it never happened

So, there you have it. The four things you should know about Davante Adams’ injury.