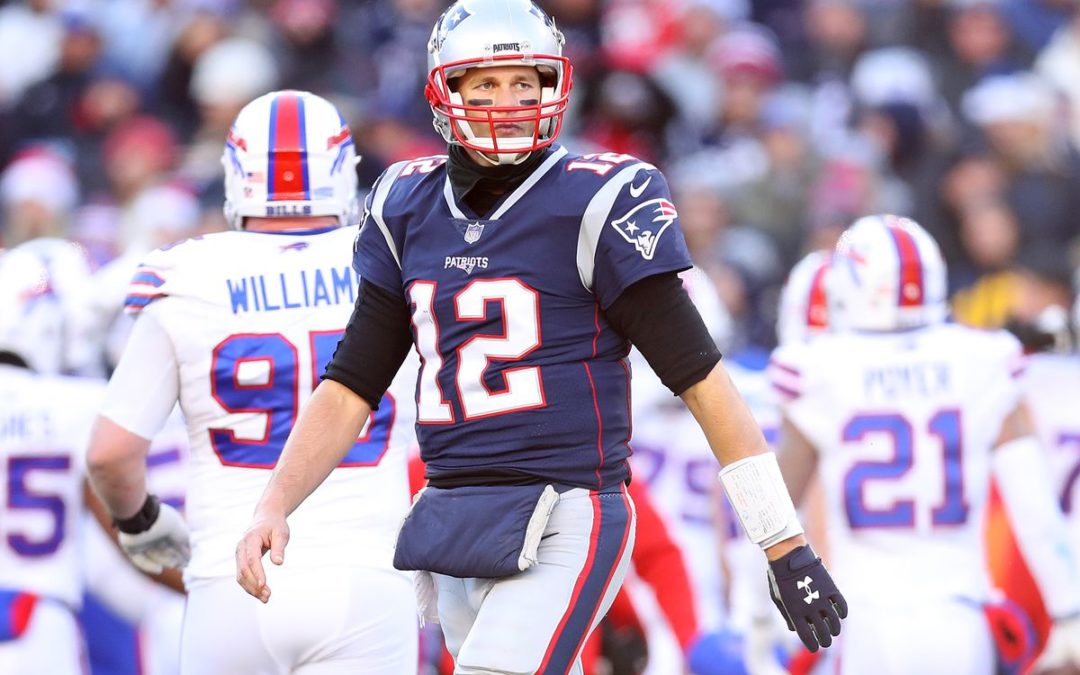 As we head into Week 4, the league’s overall parity has taken a hit this year as we have eight undefeated teams in the league and seven winless teams. There seems to be a big hole in the middle-class teams in the league right now. That will surely change this week as four of the undefeated teams play each other this week. A lot of teams are still trying to find their identity and after this week we will be a quarter of the season down already and teams will have to figure it out quickly. With that in mind, we take a look at three intriguing matchups this week.

Who knew at the beginning of the year that Buffalo would be in the driver’s seat for a playoff spot? That is exactly where they find themselves coming into this Week 4 matchup with division cornerstone the New England Patriots. Buffalo’s defense has been very good to start the season. This is not new for Buffalo as they had a very good defense last season as well and the core of that group returned with some changes. Buffalo added Ed Oliver in the draft to hold down the middle of Buffalo’s defense. With Tremaine Edmunds, Jerry Hughes, Lorenzo Alexander, Micah Hyde, and star cornerback Tre’Davious White this defense has talent at all three levels. The issue with the Bills coming in is their offense is not where they would want it to be at the moment. The Bills have played the Bengals, Jets, and Giants not exactly world-beaters on the defensive side of the ball. In those games, they rallied back against the Jets from sixteen to win. They dismantled a Giants defense that has struggled all season and held off a charge from the Bengals last week. Josh Allen has delivered two 4th quarter comebacks in three games. The Buffalo offense currently ranks 18th in DVOA according to Football Outsiders. That 18th ranked offense and Josh Allen will face its toughest challenge going up against the number one defense in the league in the Patriots. Josh Allen doesn’t have a lot of weaponry around him and will have to rely on his legs to move the ball in this one. The Patriots come into this game ranked as the number one team in overall DVOA according to Football Outsiders and yes that does take into account of who they are playing. The question marks with this team are a little harder to find but they are evident and are on the offensive end. The offensive line has been piece mailed together as Patriots have had to plug some holes left by Isiah Wynn and David Andrews. They have done well so far but face their toughest test in this Bills defense. The run game has left a lot to be desired in the first month of the season Sony Michel just hasn’t looked very good and Rex Burkhead who has been steady has been getting a lot of the early work so far in 2019. The receivers are another issue for this offense as Edelman had to leave early last game due to a rib injury, Josh Gordon left also in that game and came back after suffering a dislocated finger. That being said Tom Brady has been playing very well and I expect this team to keep it rolling on the road against a Buffalo team that will put up the toughest fight they have seen so far.

Cut to the NFL films music and the old references to the black and blue division as these two NFC North rivals take the field on Sunday. This matchup comes down to which defense will get the upper hand in this one. The Vikings come into this one after getting a victory over the hapless Raiders at home last week. Once again they relied on their run game and it has been working. Cousins only had to throw the ball twenty-one times in this one and Dalvin Cook had 110 yards on 16 carries. The Vikings and Mike Zimmer are determined not to let Cousins throw more than twenty-five times a game if they can help it. That being said they may not need to against this Bears team who also has an offense that seems to sputter at times. Trubisky hasn’t played well and he would get some relief from last weeks three-touchdown performance against the Washington professional football team. That being said Nagy’s play-calling has been suspect and they finally relented and gave their promising rookie RB David Montgomery the majority of work in terms of snaps last week. The game sets up to be an absolute slugfest on defense with offenses hoping they don’t make the key mistake that cost them the game. Look for the Vikings to establish the run early to set up play-action to give Cousins some easy reads to their talented receiving core. As for the Bears, they will need to establish the run in this game as well but have seemed reluctant in past weeks if they wish to win this game Montgomery will need to be a focal point of this offense. Soldier Field has not been kind to the Vikings as they have only won in Chicago four times in their last nineteen tries.

Dallas comes into NOLA with a lot of swagger starting 3-0 and making waste with the Dolphins last week. One of the trends of the undefeated teams has been their strength of schedule, but Dallas has done a good job of taking care of business so far this season. This matchup lost its luster with the Drew Brees injury however the Saints come in with an upset win over the Seahawks in Seattle which is always a tough place to play. They were led by an amazing Alvin Kamara game where he created seventeen missed tackles SEVENTEEN! The Saints offense consisted mostly of Teddy Bridgewater hitting Kamara in the flat and while it worked last Sunday it is hard to see that being sustainable going forward. Bridgewater finished with a pedestrian 19-27 177 yards and two touchdowns this is the kind of games Saints fans can expect from Bridgewater going forward sure his ceiling can go up a little bit but this is his baseline and it was enough to get a road win. The Saints showed on Sunday they can have a game where everyone contributes all three phases won that game in Seattle and they will need to do it again if they want a chance in this one. Dallas is one of the most complete teams in the NFL at the moment. Prescott has been playing at a high level his completion percentage is at 74.5 percent and he has nine touchdowns to just two interceptions. He is leading the league in quarterback rating and doing what he needs to do to move the ball. Elliott has come back to the offense and given them exactly what they need a stud that the defense has to key on. Elliott and his backup Tony Pollard ran all over the Dolphins last week totaling over two-hundred yards on the ground. The concern is with the pass catchers of the Cowboys as Amari Cooper had an MRI on his ankle on Wednesday and his status is uncertain at this point. They have already had injuries in the pass-catcher department and would hope that they do not have to test their depth too much here. The defenses haven’t been great this year Dallas ranks 14th in the league in DVOA and the Saints are down at 28th so the edge could come down to Dallas taking advantage of this Saints defense which could happen very easily. Look for the Cowboys to be pumped up for this one on primetime and be too much for the undermanned Saints to handle covering the spread of -2.5.

That wraps up this week’s look into some of the most intriguing matchups in Week 4. Be sure to check out all the Unwrapped Sports content on our website unwrappedsports.com and you can find me live on Sportscastr @semiproUSN for my insights on all things sports. I look forward to interacting and speaking with all of you soon! Enjoy the excitement from this week’s games!