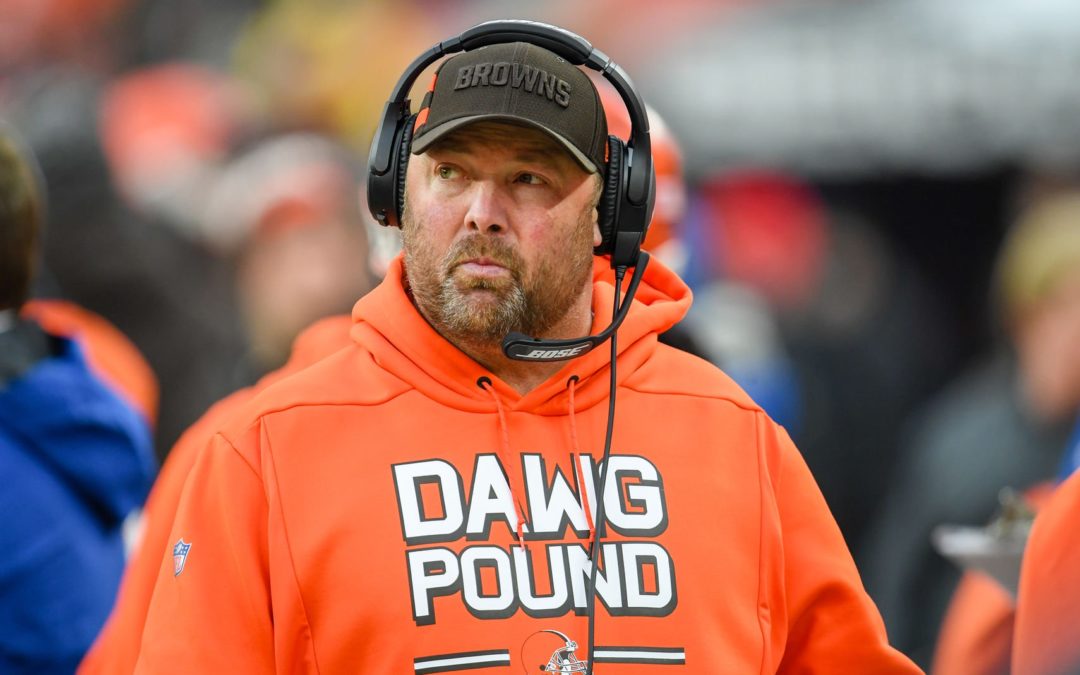 If you can’t take the heat, get out of the kitchen, Freddie! The Cleveland Browns are failing to meet expectations early on in the season after what many people have claimed would be a deep playoff push, and even a possible Super Bowl appearance. Heading into Week 4, the Cleveland Browns are having serious issues with their offense.

Starting quarterback, Baker Mayfield, has been less than stellar to start the season. Freddie Kitchens is a first-time head coach and is also serving as the primary play caller on the offensive side; unfortunately it’s not looking too good. Often times you see starting quarterback, Baker Mayfield, throw the ball too early or too late. There was a situation where he got his tight end, David Njoku, plastered with a high and inaccurate throw that left him vulnerable after he had to jump up high to attempt to catch the ball. Njoku ended up leaving that game with a concussion, and is currently in the NFL’s concussion protocol in an attempt to make his comeback sooner rather than later.

In their most recent game, the Browns had a chance to pull through with a game tying touchdown with under a minute left. They had the ball and drove it all the way down to the Los Angeles Rams’ red zone, where they ran the ball once and threw it 3 more times, ending in a turnover on downs. Not one of those targets went to perennial pro bowl wide receiver, Odell Beckham Jr, instead going to the back-up tight end.

Their defense, led by Steve Wilks, is doing a pretty good job considering some of the pieces their missing and the amount of time they’ve been on the field. In their Week 3 Sunday night loss against the Rams, they squandered a great performance by their defense. To be fair, the Browns were missing their entire starting secondary.

Freddie Kitchens is taking the blame for the offense being out of sync and stagnant, and he even went on record after their last game by saying, “I take the blame for the loss,” and that “we have to be better, I got to do a better job of play calling.” Cleveland hasn’t seen a lot of positives with their football team in a very long time. This year was supposed to be a breakthrough after Baker took over last year and won 7 games as a rookie signal caller. That doesn’t mean they will continue to accept this as the on-field product with this much young talent.

The season must go on, and if Freddie Kitchens can’t get this team on track, look for the rumblings around the team to pick up. If the Browns can’t turn things around quickly, they’ll be fighting just to make the post-season as opposed to controlling their own destiny. Stay tuned for updates!