The Yair of Disrespect 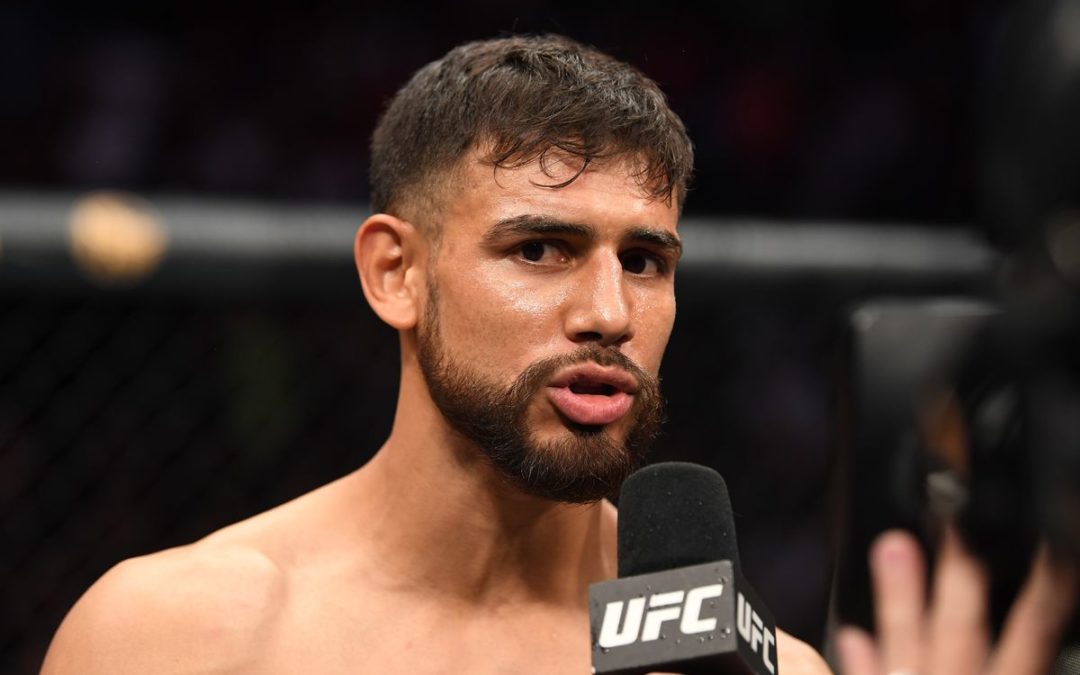 What’s up sports fans? Hope y’all had a great weekend. Mine was going swell, until I saw the events that UFC Mexico City brought upon. For those that don’t know, the anti-climactic main event was ruled a no-contest between featherweight fighters, Yair Rodriguez and Jeremy Stephens. In fifteen seconds of the very first round, Rodriguez went for a strike but ended up poking the eye of Stephens, and referee: Herb Dean had to pause the fight for Stephens to recuperate. Stephens couldn’t even open-up his left eye after more than five minutes of rest and the doctors coming in to examine the damage. Watching this unfold, I had a good feeling when he couldn’t open his left eye that the fight would be called off. When Herb Dean made the announcement calling off the fight, that’s when the mayhem ensued. Water bottles from disappointed fans were being thrown inside the cage hitting the fighters and their cornermen! Sadly, this was only the beginning of the chaos.

You guys, you know I have written against fans being totally disrespectful during sporting events! From the Raptors fans booing former Golden State Warriors small forward, Kevin Durant, when he re-injured his leg, to the one disturbing Blue Jays fan throwing his beer on the field, almost hitting former Jays outfielder, Kevin Pillar, in the process, I am 100% not for this behavior! For those that don’t know, I hail from Toronto, Canada, where this type of fan behavior is not tolerated by true sports fans. So, to see the fans in Mexico City throwing water bottles inside the cage, as well as beers and snacks towards Jeremy Stephens and his cornermen when leaving the stadium, was horrendous and I WISH that was all there was to the story.

I was lucky to have interned for the likes of former UFC middleweight champion, Michael “The Count” Bisping, and he was present as one of the two commentators for the night. When Bisping entered the octagon to interview Yair Rodriguez after the fight was called, he tapped the fighter on the shoulder, and an already tensed Rodriguez showed so much disrespect to the former champion and London Hall of Famer, saying along the lines of (warning: explicit language), “Don’t f***ing touch me you f***ing piece of shit” after being translated. Judging from the activity on MMA twitter, I know that Rodriguez lost the respect of many fans that night, but I also lost respect for both Mexican UFC fighters, Brian Ortega and Cain Velasquez, who were doing a Mexican taunt when Stephens’ eye was being checked out. Now I know it’s a common taunt in the Mexican culture, but for Ortega, who’s last fight against featherweight champion, Max Holloway, almost a year ago (and hasn’t competed since) ended in doctor’s stoppage, I would expect more class, but I guess not.

And Rodriguez didn’t stop there! Jeremy Stephens recently went on MMA reporter, Ariel’s Helwani’s, show to report on what happened in the aftermath of the UFC fight night, and what happened did not paint a good picture for his recent opponent. According to Stephens, Rodriguez approached him at his hotel and at first, Stephens thought his opponent would be civil, but Rodriguez ended up talking sh*t to him, excuse my language. Unfortunately, whatever Rodriguez had said struck a nerve in Stephens, and he ended up pushing him across the hotel! All this madness over an eye poke, which could have resulted in something more serious like a scratched cornea, it just ain’t worth it. I don’t know about y’all, but I’m fed up after this weekend’s events. The level of disrespect in sports today is reaching new levels, and I for one wish it wouldn’t get this low!

That’s all for this week. Feel free to comment guys. I’m on twitter @MoniqueYip, so follow up; and I also live stream on sportscastr.com/MoniquesMomentsUSN during the NFL season! See y’all next week!