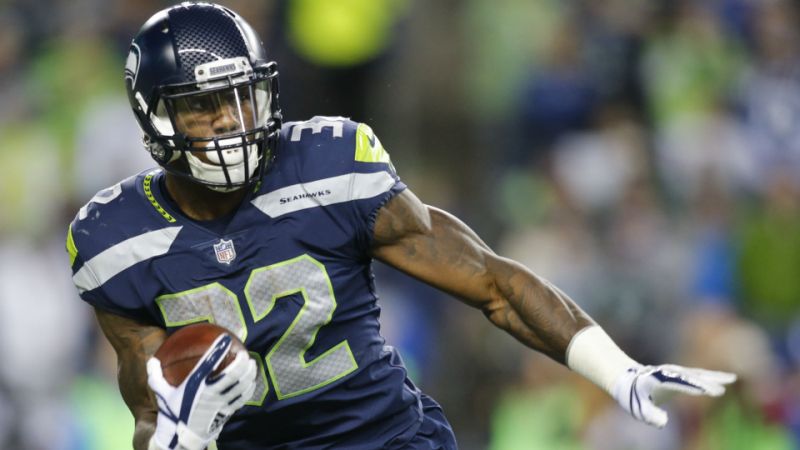 Week 3 is upon us! For those who enter 1-1, it a huge Week 3 for your team. Below are some guys to start and stream, and others who would be better left on your bench.

Looking for a streamer in place of Drew Brees or Ben Rothlisberger? Jimmy Garoppolo and the 2-0 49ers return home to take on the Steelers after tossing for 3 touchdowns and nearly 300 yards in a rout against the Bengals. Garoppolo looks like a quality streamer against a Pittsburgh defense that is allowing the 6th most fantasy points to opposing quarterbacks. A cross country flight for a team that just lost their starting quarterback for the season, could be a perfect matchup for Garoppolo and an ascending 49ers offense.

Even after two costly fumbles in the Seahawks game against the Steelers, Carson was still the running back that converted the 4th and 1 at the Pittsburgh 31 yard line to clinch the win for Seattle. Carson has been involved in the passing game more in the early stages this year, hauling in 9 catches in 2 games, as opposed to the 20 catches in 14 games last season. Back at home for a Week 3 showdown with the Drew Brees-less Saints, expect Carson to get at least 20 touches as game script should play in his favor.

Coming off his first 1,000 yard receiving season, and AJ Green being sideline with an ankle issue, Boyd has picked up the slack. Early this season, Boyd is averaging over 10 targets and 90 receiving yards through the first 2 weeks. While the Bills are allowing the 11th fewest points to opposing wide receivers, they have played the Jets and the Giants early. With the potential to be behind in this game, and Andy Dalton leading the league in completed passes, fire up Tyler Boyd this weekend

Projected Stat Line: 9 catches for 112 yards and a touchdown

After hauling in 6 catches and 131 yards in Week 1, Hockenson flamed out, catching only 1 pass on 3 targets for 7 yards. While Week 2 was a let down to fantasy owners, Hockenson is still getting a ton of snaps. Among tight ends, Hockenson ranks tied for 8th in snaps, and is appearing in over 75% of the Lions offensive plays. The 8th overall pick in this years draft has unlimited potential, and could quickly turn into Matthew Stafford’s go to target. Hockenson gets a Philadelphia defense that allowed 4 catches for 59 yards and a touchdown to Vernon Davis in Week one.

Projected Stat Line: 5 catches for 87 yards and a touchdown

With Desean Jackson and Alshon Jeffrey expected to miss the Week 3 game against the Lions, Wentz will be throwing the ball primarily to Nelson Agholor and rookie JJ Arcega-Whiteside. In addition to Philly’s depleted receiving, Wentz gets a sneaky good Lions defense. Prior to the 4th quarter of week one, Kyler Murray was held to under 2 fantasy points, and Phillip Rivers was held to under 11 fantasy points last week. Philly could take a run first approach with Jordan Howard, Miles Sanders, and Darren Sproles, leaving Wentz with less opportunities for fantasy points.

Damien Williams has ran the ball 22 times this season, and has turned it into 34 yards. Recently acquired Lesean McCoy has been must more efficient, averaging 5 yards per carry as opposed to Williams 1.5. Even after Tyreek Hill’s injury, Williams still played a small role in the offense, touching the ball only 12 times and turning it into 56 yards, with 48 of those coming through the air. Even though this game has the potential to be a shootout, fantasy owners should consider benching Williams, who is questionable coming into the week with a knee injury.

Coming off a brutal performance against the 49ers, 17 yards on 11 carries, Mixon gets another tough matchup against the Bills. Before week 2, Mixon was nursing an ankle injury, and combined with the Bengals offensive line woes, combined for a terrible showing. Mixon gets a Bills defense that held Le’veon Bell and Saquon Barkely to a combined total of 167 rushing yards on 38 carries. While Mixon was a high draft pick, fantasy owners may be best sitting the star running back until he consistently performs.

With Cam Newton looking unlikely to play, the Panthers will turn the reins over to quarterback Kyle Allen. The 2nd year undrafted free agent out of the University of Houston made his first career start last year in New Orleans, throwing for 228 yards and 2 touchdowns in a win over the Saints. While Moore and Samuel both had respectable games in this matchup, a tough cross country flight and a young, inexperienced quarterback do not bode well for Samuel and Moore.

Jared Cook, TE, NO
Cook will be the 3rd option in an offense that lost its starting quarterback for a lengthy amount of time. With Michael Thomas and Alvin Kamara expected to get most of the targets, and Saints operating under Teddy Bridgewater, Cook may struggle to be a fantasy relevant tight end. In 2015 with Bridgewater under center for the Minnesota Vikings, primary tight end Kyle Rudolph only managed 30.9 yards per game, along with 5 touchdowns over 16 games. Until Bridgewater proves he will consistently target the tight end, Cook will be best left on the bench.