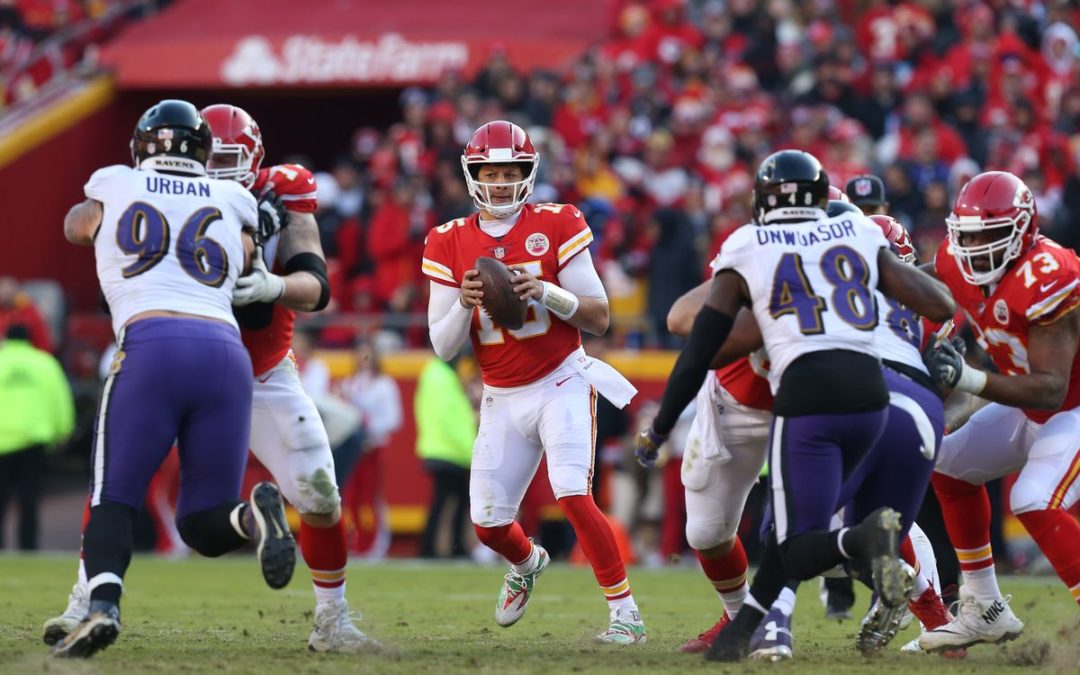 Another week of NFL action this weekend and a lot of what we thought going into Week 2 flipped on its head, we lost three of the old guard at QB position the 49ers don’t look so bad anymore, the Buccaneers might have a shot at the NFC South crown, and one of the favorites in the NFC the Eagles fell flat in Atlanta as just a few examples of this week’s ups and downs. That’s life in the NFL we all want to be the first to come up with the next hot take that becomes fact but in reality, no one truly knows from week to week what we are going to get and that is what makes the NFL so much fun to watch, study, and write about. That being said let’s take a look into the three intriguing matchups this week according to yours truly.

Wow, what a matchup of what the AFC could look like at the top for years to come. Ravens come into this game with a 2-0 record against lackluster opponents in Dolphins and Cardinals. Lamar Jackson’s play has been stellar in those two outings and he will have to continue being a monster if the Ravens plan on staying in this game. This is a true test for the Ravens and Jackson; it will give them a barometer on where they sit at in the current outlook of the AFC leaders. If Jackson succeeds in this matchup and plays at a high level he will be at the top of the MVP voting going into Week 4. Jackson will look to take advantage of a Chiefs Defense which also has not faced a lot of challenges in two weeks and hasn’t looked great in two easy victories against Jacksonville and the Raiders. The Chiefs defense after Week 2 is ranked 16th in DVOA which measures a team’s efficiency by comparing success on every single play to a league average based on situation and opponent. That has not hurt the Chiefs as their offense has been all systems go. Mahomes and the Kansas City offense ranks 2nd in offensive DVOA in the league, Mahomes was on fire last week versus the Raiders which struggled to contain KC’s explosive passing game. The Ravens defense is a top ten unit so far this season according to DVOA and will do it’s best to at least slow down this offensive machine that is the Chiefs. The line is set at KC +5.5 and the over is at 52 this game will be an absolute gem to watch and possibly the birth of another superstar in Lamar Jackson.

Atlanta steadied the ship last week with a win over the highly touted Eagles at home after laying an egg in Week 1 against the Vikings. Atlanta’s win last week came at a great point in time as the Saints have lost Drew Brees and the Panthers might be in trouble with an injury to Cam Newton. They are now tied at 1-1 atop the division with the Bucs who also pulled the Jekyll and Hyde act in Weeks 1 and 2. The worry with Atlanta coming into this matchup is they are 3-6 in their last 9 on the road. The run game is a big concern as the Falcons have rushed for less than 100 yards in each game so far this year. Matt Ryan according to Atlanta Falcons website said they are close “When you watch the film from the other night, even on the run plays that we were productive, we were very close to getting those to come out of the backend. We’ve got to keep working at it. If you can create explosives in the run game, it creates a problem for the defense. We’ve got our work cut out for us, it’s a good defense we’re going against this week, in particular against the run. But it comes down to us executing the way we’re capable of.” The Atlanta offense needs the run game to be successful as Matt Ryan thrives in play-action throws and this is something that Atlanta will look to in their game vs Indianapolis. The Colts will look to slow down the great Julio Jones along with eliminating the Atlanta run game to force the Falcons to become one dimensional. The Colts defense will play a big role in this game and if they can get a turnover or two it might be enough to hold on against this Falcons team. The Colts offense through two games will look to take advantage of an Atlanta defense which hasn’t exactly excited anyone this season. The problem is that the Colts have one of the slowest offenses in the league in terms of plays through two weeks and Coach Reich seems to be limiting the offense because of Jacoby Brissett. Brissett who has stepped in admirably and has been fine in the absence of Luck has not gone over 200 yards passing in a game yet, however, has thrown 5 touchdowns to just 1 interception this season. If the Falcons get an early lead the Colts will have to unleash Brissett in this one which would be nice to see as he has plenty of weapons on this team. The cupboard is not bare in Indianapolis and this is a very talented team that had Super Bowl aspirations coming into the season. This week could be just the test we need to see if Jacoby Brissett can lead this Colts team to the playoffs.

This game sets up as a litmus test to what we thought coming into the season. The Browns have not looked like the team people thought in the preseason and more like a team with a young QB, an unseasoned coach, and undisciplined line play on both sides of the ball. The Browns although 1-1 look similar to the Browns of old, their offense is ranked 27th in DVOA according to Football Outsiders and have struggled mightily against the Titans and Jets this season. Mayfield has struggled with reading coverages and both the Titans and Jets confused him throughout those games. The offense doesn’t get an easier challenge with the Rams coming to town. Aaron Donald and the Rams defense is currently ranked 5th in DVOA they have a tremendous amount of experience and talent along with one of the best defensive coordinators in the league in Wade Phillips. For the Rams on offense, it hasn’t been all smooth sailing Goff has been solid and the run game has looked pretty good coming into this one. The skill players on this team are endless and any one of them can step up and have a monster game. Cooper Kupp is a difference-maker on this offense which could cause a lot of problems for Cleveland in this matchup. Rams currently have a top 10 offense and will be challenged by a Browns defense that has great pass rushers but has been hit hard by undisciplined penalties through the first two weeks. If the Browns want to stay in this one at home they will need to play with a sense of urgency and discipline as this one could get away fast.