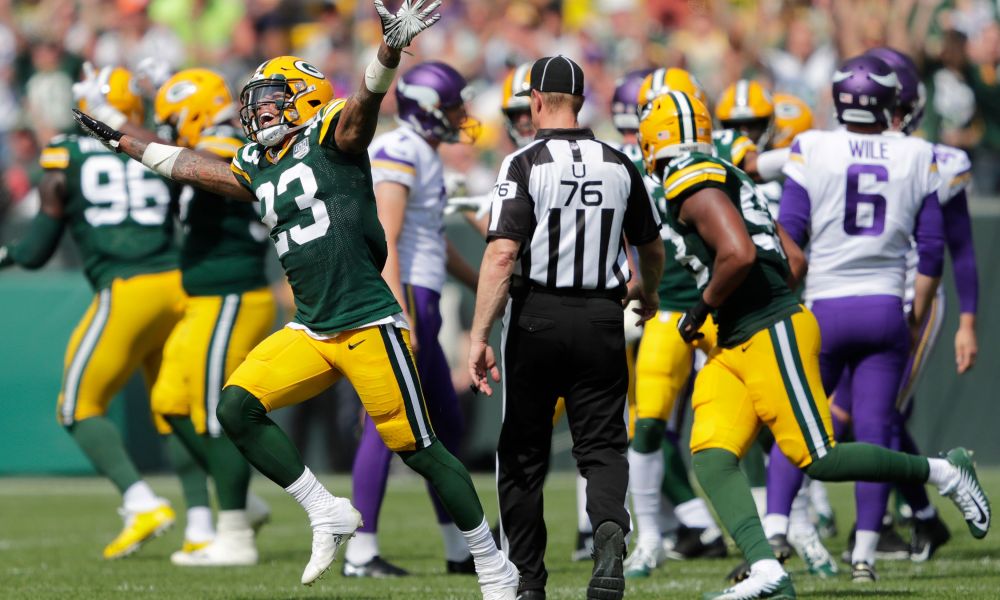 Week 2 began on Thursday with the underdog Bucs defeating the Carolina Panthers in Carolina. It was another ugly game where neither Winston nor Newton looked very good. Is this a sign of more upsets to come? Let’s take a look at a couple of matchups that are interesting this week.

This is a fun matchup the Week 1 darling in Lamar Jackson against the rookie phenom who struggled in the first 3 quarters last week, but came on strong in the 4th quarter to come back against the Lions for the tie. The line in this game is Ravens -13, so you are not watching this game hoping for a close one unless you’re a Cards fan. We are watching this game as it is a showcase of the future of the QB position. Two Heisman winning QBs full of promise and potential. This inter-conference battle will likely see Murray put in a tough spot in this rebuilding season for the Cardinals, but it will be interesting to see how and what will be different this week from last. The Cardinals offense looked horrendous in most of the first game of the season. Murray with his back against the wall and what looked to be a simplified offense in the 4th quarter and OT came back to tie the game. Murray in the 4th quarter and OT was 21 of 31 for 250 yards and two touchdowns with a critical two-point conversion. If the Cardinals can replicate that late-game offense they had vs the Lions they may just be able to cover this spread. On the other side of the ball, the Ravens came out on fire against the hapless Dolphins the score quickly escalated and Lamar Jackson was pulled late in this one but not until he put up the gaudy stat line of 324 yards passing on 17/20 passing, 5 touchdowns and a perfect passer rating. To say no one saw this kind of performance coming would be an understatement. With all that said Jackson only ran the ball for 6 yards on 3 carries, let’s not expect this to be the norm Jackson is one of the most gifted runners of all time at the position however for one more week, he may not have to run at all.

This is a classic rivalry game between division foes no love lost between these two franchises. The intrigue doesn’t just come from the storied histories though it comes from the uncertainty of these two teams going forward. One could argue that we learned the least from both these teams as both won their games last week. The Vikings won with defense and a monstrous run game and the Packers won with defense and one good series by Aaron Rodgers. Looking at the Vikings their defense looks to be the strength of this team once again. Bringing Barr back was a huge deal for this team in the offseason and if Xavier Rhodes can play like he did last week against the Falcons this defense has the potential and pieces to be the best in the league. The unknown is the Vikings offense Kirk Cousins only had to throw the ball 10 times to beat the Falcons and while that was a good thing for that game it isn’t sustainable throughout the season. With Kubiak in the background, the running game was explosive which in turn will help Cousins and this play-action offense going forward but for the Vikings to be considered a true contender we will have to see how Cousins handles a game where the Vikings do not win so easily. The Packers come in with what looks like a much-improved defense albeit it was against Trubisky and the Bears but that doesn’t take away the fact that they held the Bears to 3 points and they looked excellent especially in the secondary. Is the Packers defense this good? That is the question that could get solved this weekend as the Packers will look to contain Dalvin Cook and force Cousins to make decisions against this secondary. If the Packers defense is going to make the jump into the top half of the league this year the Packers could be in for a big year. That big year didn’t start the way they envisioned on the offensive side of the ball for the Packers. As drive after drive fizzled out under new coach Matt LaFleur the Packers and Rodgers put together one drive with a beautiful pass to Valdez-Scantling and a TD pass to Jimmy Graham was enough to hold off the Bears. With Rodgers playing zero snaps in the pre-season you would expect some rust, but going forward it almost feels like it is time to unleash this offense to its full potential For the Packers there isn’t a better challenge than the Minnesota Vikings defense.

We get the much-anticipated rematch of the NFC Championship and what must feel to the Saints as a chance to right the wrongs of last year. The Saints come into the matchup after winning a nail biter at home against Houston in Week 1. The Rams took care of business on the road in Carolina. There aren’t a lot of unknowns coming into this game just a great rematch on the card. It will be interesting to see how Gurley’s carries are distributed in this one as last week he received most of his work in the 4th with Malcolm Brown not only spelling him but getting 11 carries and vulturing two touchdowns as well. Goff looked fine last week as the Rams offense ho hummed along to a close victory which they controlled most of the game. Look for the WR’s to try and take advantage of the Saints secondary in this matchup. One key cog to the Rams offense that they did not have last year in the Championship game is Cooper Kupp who looked good last week and if they get him even more involved along with Cooks and Woods we could have a shootout on our hands. The Saints bobbed and weaved their way to a win on Monday Night but afterward, the confidence was high that they would get the job done in the final 30 seconds to pull that one out. Kamara looks as dynamic as ever and Latavius Murray even got on the board with a touchdown score of his own. With the Saints the secondary targets are the key who steps up, is it Jared Cook who they signed this offseason or is it the likes of Tre’Quan Smith and Ted Ginn that can create some chunk plays we will see and it will be brilliant to watch. One thing is for certain expect this game to be high scoring the over/under is 52.5. Expect a physical game with both teams trying to impose their will on the other. The Saints are saying all the right things in the media but they will have that feeling from last year in the back of their heads.