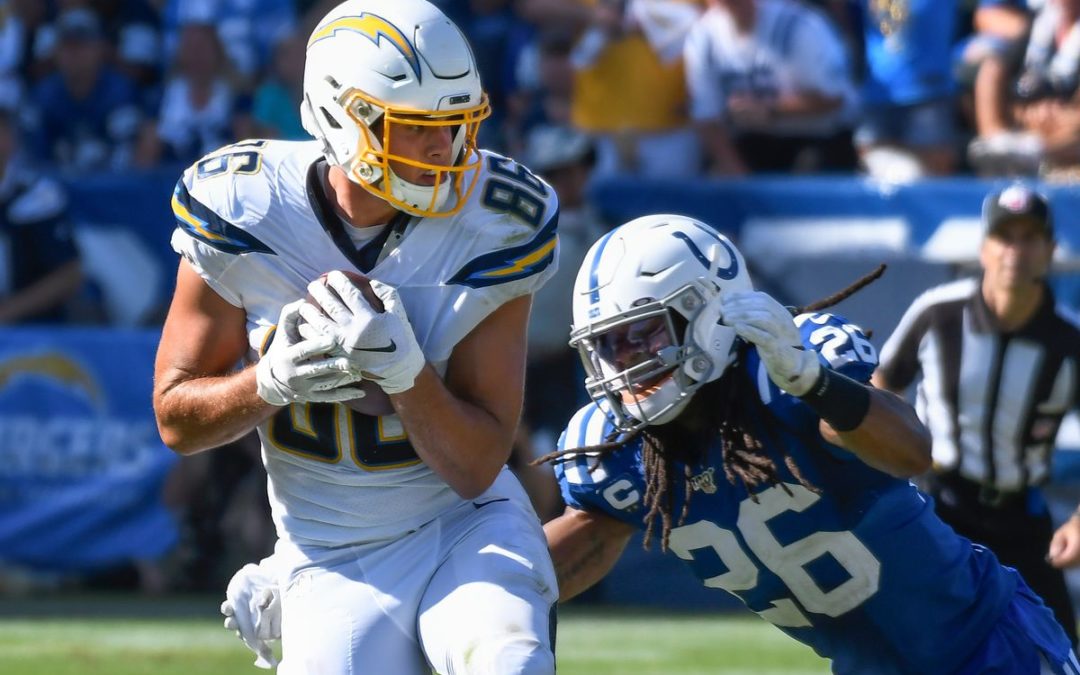 Let’s talk about Hunter Henry. I recently wrote an article about the four categories of injuries to replace the label “injury prone.” I discussed that although there is some overlap, players may fall into one of four specific injury categories. One of those categories is the “unfortunate guys” like Keenan Allen and his freaking lacerated kidney.

Yet, here we are just one week removed from calling Hunter Henry “injury prone” for suffering an injury that is by and large, unpreventable and unpredictable. It was reported on Wednesday that Henry suffered a tibial plateau fracture. This is where the top portion of the tibia, the bone that supports much of your weight, is damaged to the point of breaking. This injury can be painful, especially for a player expected to run, jump, block, cut, and catch the football. This does not mean that Henry is “injury prone,” because an ACL tear is completely unrelated to this new injury.

An interesting part about this situation is that the Chargers have elected not to place him on the IR, insinuating this injury will not be any longer than eight-weeks. Although non-surgical treatments are plausible, they require a strict non-weight bearing regimen and take at least five or six weeks to heal. So, color me surprised.

Ultimately, the medical team has more information than us, such as the classification, severity, and specific location of the fracture. Considering they elected the non-surgical route (as of Wednesday night) we can only assume it is on the minor side of the injury spectrum with minimal soft tissue and ligamentous damage which would lead to more issues.

A 2017 systematic review that looked at 917 total cases of tibial plateau fractures found that the median recovery time was about seven months. This is another contributing factor as to why the Chargers are forgoing a surgical procedure for now.

If Henry doesn’t end up on the IR and he progresses naturally with no setbacks, the six to eight-week mark would be around the time I would expect to see him again. If he suffers any setbacks, is placed on IR, or his condition was worse than initially thought, don’t expect to see Henry on a field again this year.

I wish Hunter Henry the best, and I hope he makes a full recovery.