Takeaways From Patriots Win Over Steelers 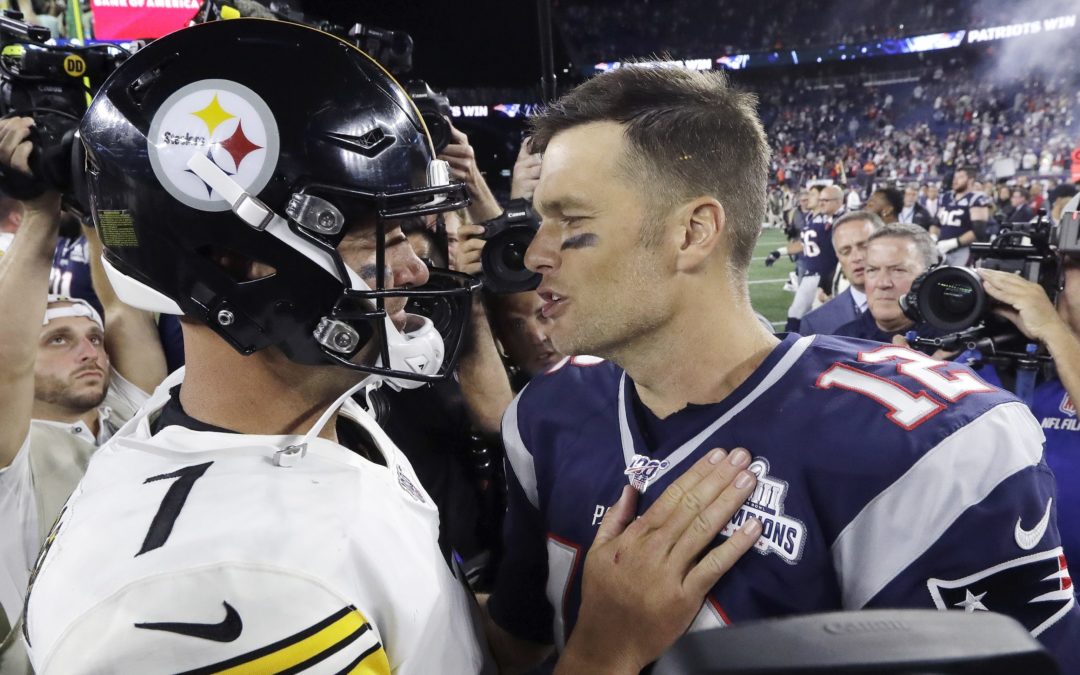 Sunday night’s primetime game, which featured the Patriots and Steelers, concluded with a decisive, 33-3, New England victory. While many people predicted a Patriots’ win, very few predicted the dominant beatdown New England put on Pittsburgh. From a nearly shutdown defensive performance, to an almost perfect passing attack, the Patriots looked unstoppable. Several aspects of the game, as well as certain players, stood out in the win.

My biggest takeaway from Sunday’s game was not only the Patriots’ defensive dominance, but also their overall style of play. The unit looked fast and aggressive on all levels, allowing only a field goal and holding the Steelers’ offense to just 32 rushing yards. Despite starting linebacker Kyle Van Noy being a healthy scratch due to the birth of his child, the linebacking core looked terrific. Specifically, linebacker Dont’a Hightower turned in a solid performance that featured six tackles, putting him in a tie with Jamie Collins for the most tackles by a Patriot linebacker. In addition, Hightower looked strong, fast and healthy as the highlight of his night came on a sweep where he pancaked the Steelers’ 6’9”, 320 pound right tackle, Alejandro Villanueva, en route to tackling the ball carrier. A healthy Hightower is a crucial piece for a shutdown defense, as his leadership, play diagnosis and versatility have proven to be invaluable for the Patriots.

While New England’s front seven shutdown the Steelers’ running game, the Patriots’ secondary provided an equally impressive performance. We often hear how Head Coach, Bill Belichick, puts a lot of emphasis on having solid fundamentals and never giving up on plays. That style of play was represented through the strong performance of New England’s defensive backs. There were several instances throughout the game where Pittsburgh’s receivers got their hands on the football, only to have it immediately jarred loose by the hand of a Patriots’ defender. Analytically, defensive backs Devin McCourty as well as Jonathan Jones, each had two pass breakups while teammates Jason McCourty added three of his own and Pat Chung tallied one. So many members of the secondary tallying pass breakups, indicates that the Patriots’ coaching staff has likely made a big point of getting hands to the football during this past training camp. It is very encouraging to see these players fundamentally sound, as strong fundamentals are the foundation upon which championship teams are built.

As indicated from the final score, the Patriots’ domination extended beyond just a shutdown defense. Offensive coordinator Josh McDaniels and quarterback Tom Brady, did an excellent job of making offensive adjustments throughout the game. As evident by opening the game with five straight running plays, the Patriots clearly came into Sunday with the game plan of relying heavily on running the football. However, after the Steelers forced a punt on the Patriots’ opening drive, McDaniels and Brady were forced to make adjustments. The Patriots began to open up their passing game, which exploited the Steelers’ blown coverages and poor matchups. Defensive mistakes, such as miscommunication in the secondary and matching linebackers up one on one out wide with running backs, simply will not go unnoticed by Tom Brady. The 42 year old quarterback picked the Steelers apart as he finished the game with 341 passing yards, three touchdowns and a 124.9 passer rating. In addition, Patriots offensive line coach, Dante Scarnecchia, deserves a massive amount of credit for the offense’s success. Scarnecchia’s line allowed minimal pressures and let up just one sack. New center Ted Karras, who will be starting in place of David Andrews this season, played very well and showed no major struggles throughout the game. Also, second year left tackle, Isaiah Wynn, played much better than expected and showed no limitations from his achilles injury that ended his rookie season. Having a smart, well coached offensive line is the backbone to any great offense and Scarnecchia should certainly continue to get the best out of his players.

Despite a near perfect game, I have two somewhat major concerns for this team moving forward. The first of which being, running back Sony Michel is becoming very one dimensional and it is an issue. Michel turned in a very underwhelming game, finishing with 15 carries that went for a total of 14 yards. This lack of production is likely due to Michel’s underutilization in the team’s passing attack and allows for defenses to heavily key on, and be ready for, a running play. Last season, whenever Michel was in the game, the offense ran the football 80 percent of the time and rarely featured the back in their passing scheme. Sunday’s game followed a similar theme in which Michel was not at all featured in the passing attack, allowing the Steelers’ defense to anticipate a running play. My second concern following Sunday’s game, is the injury to starting right tackle, Marcus Cannon. Cannon got his legs taken out from under him in the fourth quarter, causing him to land awkwardly on his shoulder. While the injury should not be season ending, Cannon is still undergoing tests and there is a strong possibility of the starter missing multiple games. If this situation occurs, expect left guard Joe Thuney to slide over to right tackle, as he played the position in college.

Despite the Patriots’ decisive win, they still have a lot of football left to play this season before anyone can crown them. However, the defense looks the best it has since 2014 and the offense is firing on all cylinders even before integrating arguably the league’s best receiver, Antonio Brown. Barring a season riddled with injuries to multiple starters, and assuming players reach their potential, this Patriots team should rampage through the AFC this season.