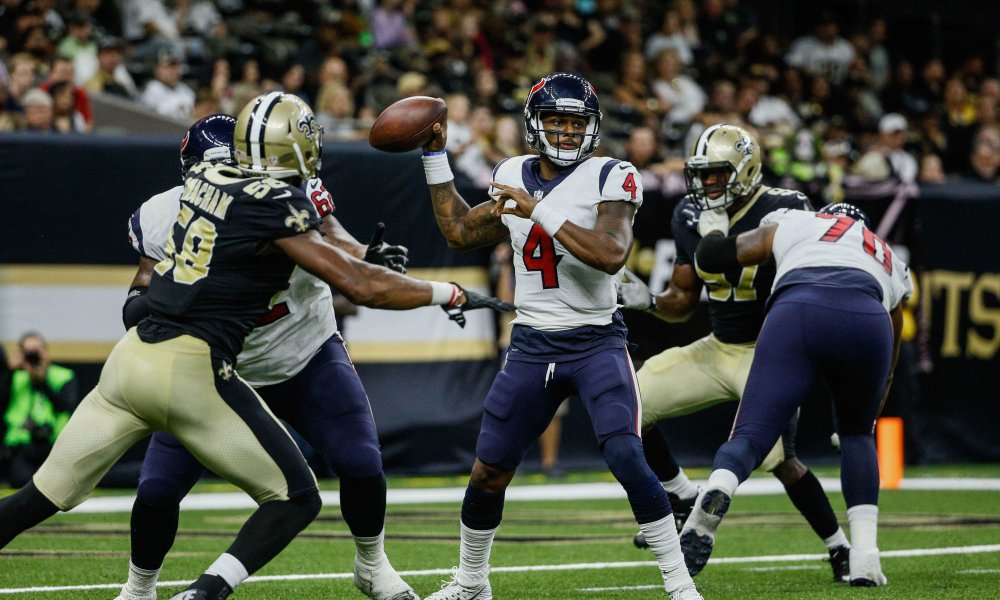 The New Orleans Saints and Houston Texans are set to open their seasons on Monday Night Football at 7:10 pm Eastern Time on Monday September 9, 2019 in the Mercedes Benz Super Dome. Here is a preview of what to expect and a position by position breakdown for the big game!

In the quarterback position group, I have to give the nod to the New Orleans Saints. Although Deshaun Watson is an up and coming star, Drew Brees is a future Hall of Famer and is coming off a season where he was the runner-up for the NFL MVP award. In the running back matchup, I also give the nod to the Saints but it is a pretty tough choice as the Texans recently acquired two really good running backs in Duke Johnson and Carlos Hyde. Since the Saints have do-it-all running back, Alvin Kamara, who is in his third year with the Saints, I give him the nod over two guys still learning the playbook behind a rough offensive line. The wide receiver matchup is very interesting and I give the nod to the Houston Texans. The Texans have a trio of star wideouts in Deandre Hopkins, Kenny Stills, and Will Fuller. The Saints have pro bowler Mike Thomas and Veteran Ted Ginn Jr but the third receiver spot will be changed throughout the night. The Saints secondary is going to have a handful with the Texans lethal trio. I give the Saints the nod at tight end since they signed star veteran, Jared Cook, in the offseason. I just don’t think Darren Fells of the Texans will have numbers anywhere near as productive as Cook’s. The Saints have an outstanding offensive line and I give them the nod to be more productive on Monday Night.

Due to Sheldon Rankins being out with his Achilles tear from last season and David Onyemata being suspended for this game, I give the defensive line matchup to the Texans. JJ Watt will be productive as always and DJ Reader and Carlos Watkins will hurt us in the middle; especially with a rookie center. The linebacker matchups are nearly equal as both teams have outstanding linebackers. I gave the nod to the Saints only because of the recent Kiko Alonso addition. He will start alongside Demario Davis and Alex Anzalone, forming one of the best linebacker groups in the NFL. The Texans are also very good as they have Whitney Mercilus, Benardrick McKinney, and Zach Cunningham. I don’t see there being any 100 yard rushers on Monday night. Due to the lack of depth at wide receiver for the Saints, I give the cornerback matchup nod to the Texans. They still have vetran Jonathan Joseph and they added former Bronco Bradley Roby in the offseason forming a very good duo. The Saints will have Lattimore likely shadowing Hopkins, but Eli Apple has been shaky at times and will really need to step up on Monday night. I also give the better safety group to the Texans in Week One. The have Tashaun Gipson and Justin Reid; two of the better safeties in the league. The Saints have Marcus Williams and Vonn Bell, but they will also likely be rotating new Rookies Saquan Hampton and Chauncey Gardner-Johnson in the mix.

The Saints without a doubt have one of the best special teams units in the entire NFL. They have one of the league’s best kickers in Wil Lutz and a great punter in Thomas Morstead. I give them both the nod over the Texans’ unit of kicker, Ka’imi Fairbairn, and punter, Trevor Daniel.