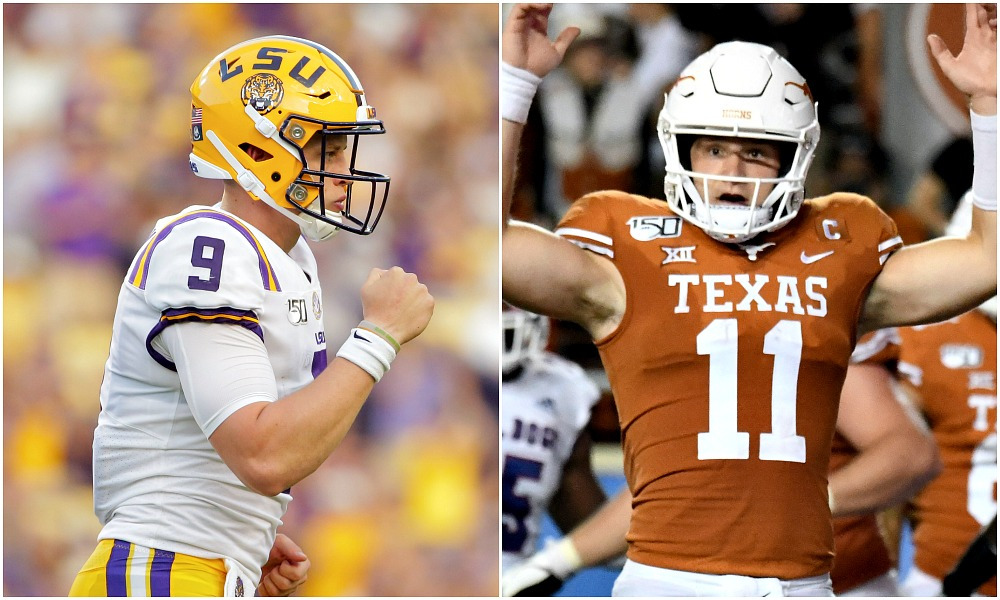 HERE WE GO!!!  Week Two of the College football season! Just like Week One, we have a game that is by far the biggest game and that’s #6 LSU vs #9 Texas. This game intrigues me because both teams are in the Top 10. I honestly think LSU will win this game and doing so will prove that Texas is NOT BACK. However if the Longhorns do beat LSU, then they will be officially back.

There is another game where two Top 25 teams play and that’s #1 Clemson vs #12 Texas A&M. This game won’t be as big as people make it out to be because Clemson will have no issues handling the Aggies in Death Valley. Other than that, the rest of the Top 25 teams have it pretty easy, except for #23 Syracuse as they take on Maryland, and I say that because the Terps had a very good day on offense and an even better day on defense last week as they won a very lopsided game against Howard by a score of 79-0, whereas Syracuse only beat Liberty 24-0. I don’t believe that either team will hold the opponent’s offense to 0 points and, if Maryland’s offense can produce half the points they did last week, they can win this game.

Now let’s take a minute to focus on my team: the Michigan Wolverines. They host the Army Black Nights. Being a member of the US Army (currently deployed), I am looking forward to this game because I like both of these teams. I am interested to see how well Michigan’s defense can handle the Triple Option Offense that Army runs. Last week against Middle Tennessee, the Wolverines allowed 67 rushing yards. Last week against Rice, the Black Knights only threw for 53 yards. I am also interested to see how well first year Offensive Coordinator, Josh Gattis, handles the play calling in his 2nd game. I am also hoping that Donovan Peoples-Jones will be able to play this week after getting hurt in practice before the Middle Tennessee game.

Now let’s talk $$$. These are the teams I like most to cover the spread this week: