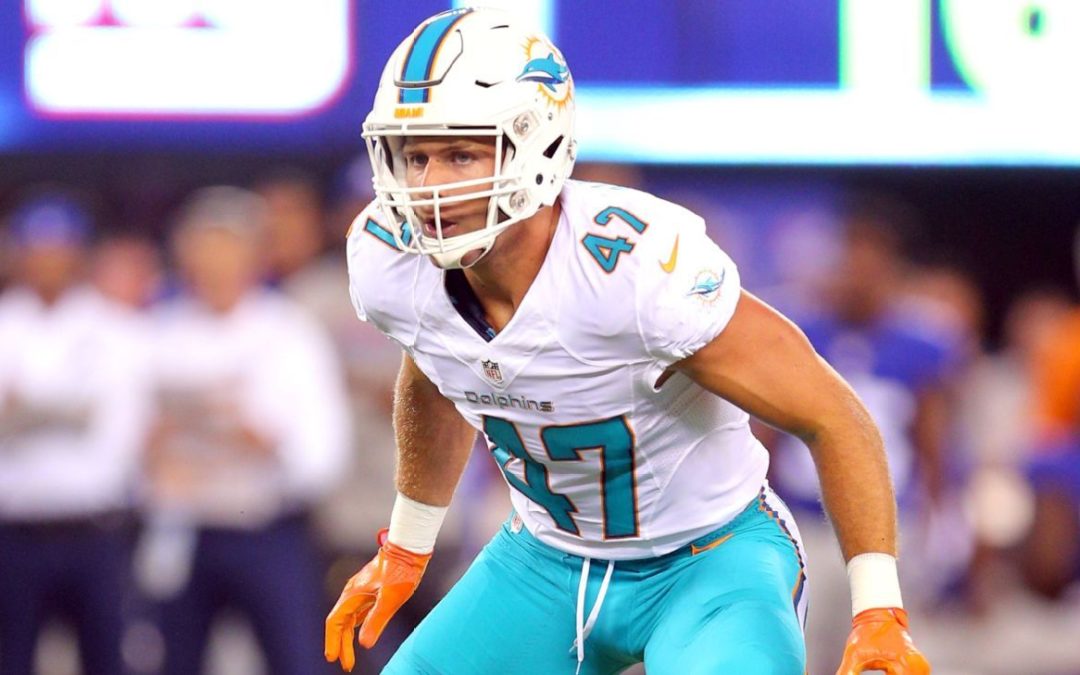 On September 1, 2019, the New Orleans Saints acquired one of the NFL’s best and most controversial linebackers in a trade with the Miami Dolphins. His name is Kiko Alonso. Kiko Alonso has been one of the most aggressive, hard-hitting linebackers in the NFL since the Buffalo Bills took him in the second round of the 2013 NFL draft. The young 23-year-old made an instant impact on a struggling Bills defense and caught the attention of the entire league, winning the 2013 NFL Rookie of the Year award. He finished his rookie season with 159 tackles, 2 sacks, 1 forced fumble, 2 fumble recoveries, and 4 interceptions for 38 yards.

The following season, Alonso tore his ACL working out in Oregon and was forced to miss the entire 2014 season. In 2015, Alonso was traded to the Philadelphia Eagles in exchange for LeSean McCoy. He partially tore his ACL in Week Two and missed the next seven weeks. He finished the season with 43 tackles and 1 interception. In 2016, Kiko was dealt to the Miami Dolphins in a big blockbuster trade at the time. This was the season where Kiko returned to his natural form and posted a stat line of 115 tackles, 4 fumble recoveries, and 2 interceptions; one which was returned for a 60 yard touchdown. In 2017, Kiko had 115 tackles, 1 sack, and 2 forced fumbles. Last season in 2018, Kiko Alonso had his second highest tackle total, posting a remarkable 125 tackles to go along with 3 forced fumbles and 3 interceptions.

In the 2019 offseason, Alonso requested a trade from Miami and following the fourth preseason game, the Saints pulled the trigger on him. I fully expect that Kiko Alonso will continue his remarkable streak of 100+ tackle seasons with the Saints. He will automatically start and replace the average AJ Klein and is a huge boost to a subpar New Orleans Saints linebacker corps. He will join Alex Anzalone and Demario Davis as the starting linebackers and he makes the Saints defense look even more intimidating. Adding a guy like Kiko Alonso could be the final piece the Saints need to finally reach the Super Bowl for the first time since 2010.