Is OBJ Worth the Injury Risk? 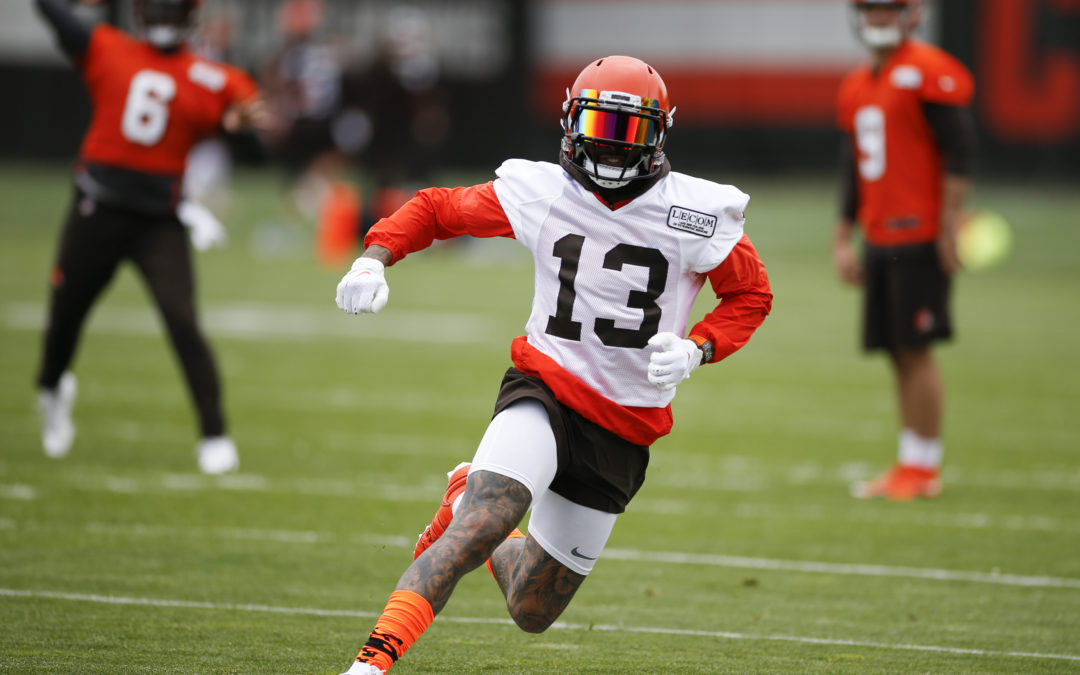 Player X is 26 years old and was drafted in 2014. Over the last three seasons, (‘16, ‘17, ‘18) he has five documented injuries that includes his foot, ankle, and one concussion. Player X averages 15 yards per reception in his career and has played 62 total NFL games.

Player Y is 26 years old and was also drafted in 2014. Over the last three seasons, (‘16, ‘17, ‘18), he has six documented injuries that include his hip, ankle, thigh, and thumb. Player Y averages 14 yards per reception in his career and has played 59 total NFL games.

Shout out to NFL.com and sportinjurypredictor.com for all that information.

Before you lose your mind, I realize that comparing situations is not fair and that injuries, by and large, are random. I’m also not saying that Watkins is more talented than Odell. Odell has the chance to be the WR1 overall and Watkins simply doesn’t have it in him.

What I am trying to point out is that the injury perception of Odell is nowhere near that of Watkins’, so I’m here to ask… why not?

Over the last several years Odell has had a few hamstring injures that could potentially implicate the ACL, but that isn’t what concerns me the most. The amount of contact injuries (impacts on the turf, hand to a helmet, etc.) he has suffered is what makes me raise my eyebrows when Odell is sitting there, on draft day, at the 1-2 turn.

Over the span of his collegiate and professional career, Odell has five injuries related to a traumatic event, including a thigh contusion that sidelined him for the final quarter of the 2018 season. To top it all off, the injury that recently kept Odell out of training camp is like one from his past labeled a “hip pointer” which is usually the result of… you guessed it… physical contact. Unfortunately, there is very little data that I’m aware of correlating contact injuries with anything out of the norm.

So, the summary on Odell from an injury perspective is that he’s missed three more games in his career than Watkins, he has a soft tissue and contact injury history, and he has already missed some time in 2019 from a contact injury. The hope here is that Odell has simply been unlucky, much like Keenan Allen was earlier in his career, and he can show out with Baker and the boys this year. However, it would be irresponsible of me to ignore Odell’s significant injury history prior to fantasy football drafts.

In the end, if you’re a risk-it-for-the-biscuit type, none of this information will matter to you. But as the @TheFFBallers remind us in their 10 Tips and Tricks to Win Your Fantasy Football League podcast episode, “…No risk it, no biscuit, and biscuits can lead to Diabetes.”

Be sure to follow Edwin Porras on Twitter @FFStudentDoc for more injury analysis and check https://unwrappedsports.com/ for all your sports information needs.