All Praise to Kyle Hines 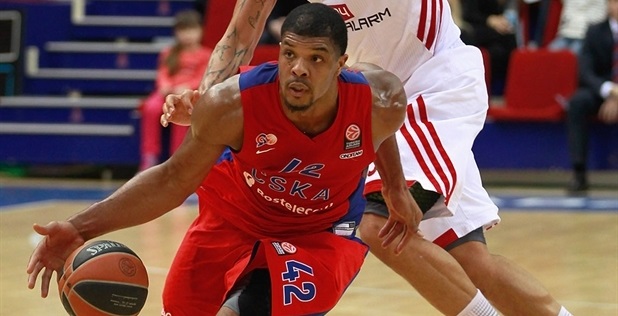 Only two UNCG players have ever had their jersey retired, and one of them is Kyle Hines. The UNCG All-Time leading scorer put the Spartans on the map once again by putting together a team for The Basketball Tournament (TBT). TBT is a single-elimination tournament where teams are playing for a grand prize of $2 million. First you must win your team must win the regional tournament before they can go to the Championship round in Chicago. The eight regional rounds were Columbus, OH, Greensboro, NC, Lexington, KY, Memphis, TN, Richmond, VA, Salt Lake City, UT, Syracuse, NY, and Wichita, KS. In the regional tournament, the team that win will earn the shares of all fans who attended the game. In the Championship round, the winner takes home the $2 million.

Team Hines and Kyle Hines put on a show for The Basketball Tournament. What was even better for the UNCG Community, was that Team Hines played in the Greensboro Regional Tournament. Several UNCG fans, alumni, students, current and ex- UNCG basketball players were in attendance to cheer on the UNCG legend. In the first round of the Greensboro Regional, Team Hines defeated Boo Williams (VA), 89-78. In his TBT debut, Kyle Hines recorded a double-double of 13 points and 12 rebounds, alongside 6-8 shooting in just 25 minutes. In the second round, Kyle Hines defeated Florida TNT, 91-82. Hines recorded eight points and eight rebounds in 21 minutes, with 3-6 shooting. In the Regional Championship, Team Hines faced a very Power 5 dominated team, such as PJ Hairston and Kennedy Meeks from UNC and Sam Hunt from NC State. But what really made the Championship round controversial for UNCG fans, was that Greensboro-native and UNCG basketball alum, Diante Baldwin was playing for Team CP3. Alongside the stacked roster, Team CP3 was coached by Chris Paul himself. And yet, Team Hines was still able to pull off the Regional Tournament win, 73-68. Hines recorded 6 points, 4-4 Free throws, 5 rebounds, and 2 blocks to take Team Hines to the Championship round.

Yet before entering Chicago, Hines added a reinforcement; another UNCG basketball alum who goes by the name of Ricky Hickman, from the class of 2007. In the first Championship round, Team Hines faced Team Brotherly Love (NY). This game was by far Kyle Hines best performance: 18 points, 10 rebounds, 5/7 shooting, 6/7 Free Throws in 23 minutes; which was more than enough to push Team Hines past Team Brotherly Love 88-75. In The Basketball Tournament’s semifinal round, Team Hines faced the Golden Eagles, a team full of Marquette alumni. With Hines 12 points on 5/10 shooting, 6 rebounds, 6 steals, it just wasn’t enough for Team Hines to pull the win.

Despite losing the tournament, Kyle Hines still earned $130,000 from the shares in the Greensboro round and Chicago round. Even though the $2 million would have been nice to have, six figures is still a good consolatory prize. Overall, Team Hines and Kyle Hines kept themselves high on the statistical charts. Kyle Hines was 7th in the league on rebounds by averaging 8.2 RPG, and top 10 in blocks per game. Team Hines was third in the league for steals (40) and blocks (19), and fourth in the league for total rebounds (140).