Monique’s Moments: Returning to My Roots 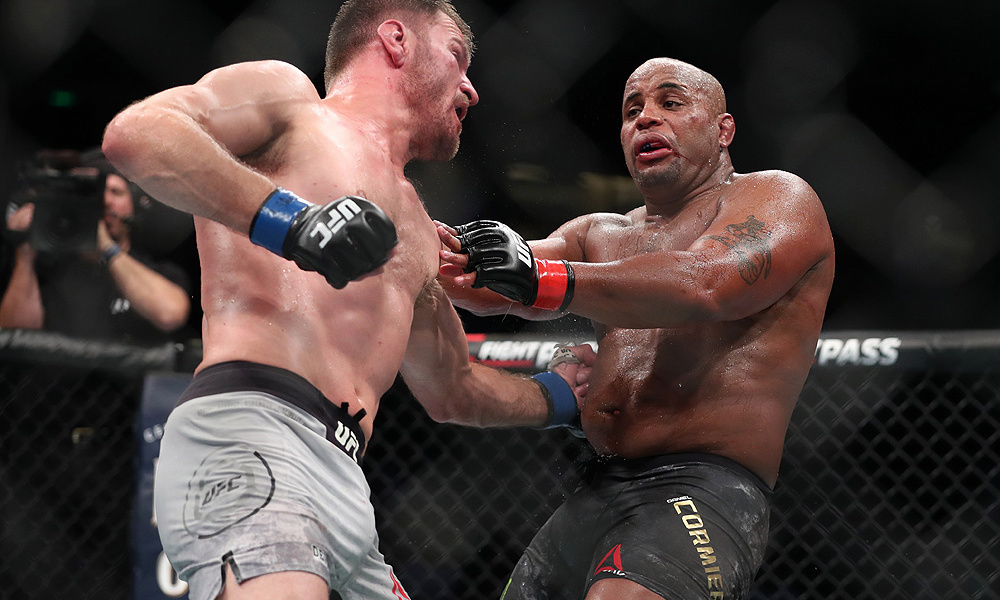 Hey everyone, hope you’re having a great start to the week! I decided that I would go back to my roots for this week’s article, to the first sport that sparked my passion. Not many people know this, but my favorite sport to watch and analyze is MMA. After nearly 10 years, I am still obsessed with watching combat sports! I don’t think that there is a UFC card I have ever missed, and now I have also become familiar with other promotions! This weekend, we were graced with by far, the best UFC card I have seen in a long time. UFC 241 took place in Anaheim, California and it was stacked to the max with great matchups! As much as the early prelim and prelim fights lived up to the hype, I’m sure I can speak for many MMA fans that they were laser-focused on the last three fights of the pay per view card! Besides them being great matchups, fans were excited about the return of three fighters to the octagon after a long hiatus.

I don’t know about y’all, but at the sweet age of 42, I hope to be in impeccable shape like Yoel “Soldier of God’ Romero. After a year has passed since his rematch against the middleweight champ, Robert Whittaker, 5′ 10″ Cuban has finally returned to the octagon against a very worthy adversary: Brazil’s own, Paulo Costa. They two juggernauts were originally supposed to fight back last November, but the fight was cancelled due to the doctors’ advisement for Romero to rest 4-5 months after his last fight back in June. Well, after 9 months two of the fittest, and baddest middleweights met in the octagon and its no wonder they earned Fight of The Night honors. The fight ended up going the distance, but man was it close, especially in the first and second rounds. Back and forth the fighters exchanged strikes and kicks, with both knocking the other down once in the first round. In the second round Costa might have edged his way landing more strikes while Romero’s head just ate them- that man must have iron plated skin because you wouldn’t have thought Romero’s was taking that many shots to the head! Third round came around and it was Romero’s jab that was the star. Costa ate a lot of blows to the head from Romero in that last round, but ended up with the W, judges scored the fight unanimously 29-28 Costa. Although I thought Romero won the fight especially due to his performance during the third round, it was too close. I would love to see a rematch somewhere down the line, but all them other middleweights better take notice, especially #1 contender, Israel Adesanya, and the champ: Robert Whittaker, who are set to face off for the belt in October!

While Yoel Romero was on hiatus for a year, beloved lightweight: Nate Diaz returned to the octagon after 3 years to co-main against #9 lightweight, Anthony “Show Time” Pettis but in a welterweight bout. Diaz’s was coming off a loss to the rematch against Conor McGregor back at UFC 202, I can say with a lot of confidence that many MMA fans were more excited for this fight over the main event. I was no exception as I was looking forward to seeing if Diaz was going to be susceptible to “ring rust” in which fighters that return after a long hiatus struggle in their bout. Even though Diaz was MIA for 3 years, he was constantly training during his time off, and this fight against Pettis was far from a random matchup; these two fighters were talking smack about each other for a while now, and at UFC 241 they settled the score. Both fighters put on an absolute war, going the full 15 minutes, Diaz continuously pressing forward in the earlier rounds after absorbing strikes from Pettis. Diaz knew that Pettis gassed out in the third round, took control of the clinch, and dropped the #9 ranked to the canvas with a flurry of knees to the face. Pettis has one tough chin because Diaz had tried to finish him multiple times in the third round, and he survived all those knees! It was a unanimous win for Nate Diaz, who called out #3 ranked welterweight: Jorge Masvidal after his impressive win over former ONE Champion; Ben Askren. With the championship match already underway between the welterweight champ: Kamaru Usman and #1 ranked: Colby Covington, I believe Masvidal vs. Diaz is the better match up, with MMA fans agreeing that it surpasses the plausible Masvidal vs. McGregor bout.

Now it was going to be a hard task to follow up the previous two matches, but the UFC 241 main event did just that! After a one-year hiatus, 37-year-old Cleveland native, Stipe Miocic made his return to the octagon against the man who took away his belt: heavyweight champ Daniel “DC” Cormier. During their first fight, DC dropped Stipe with one punch, taking away the former champion’s 4-fight win streak. Stipe wanted revenge and revenge was what he got! It looked like DC was winning the fight during the earlier rounds, fighting with his hands down, working his jab and low kicks on the former champ, Stipe was landing a significant amount of body shots that added up during the first three rounds. The fight ended early in the fourth round with Stipe unloaded a flurry of body shots, sending DC to crumble and drop for the TKO victory, and his belt back. Congrats to Stipe who is now a 5X heavyweight champion (and personally my favorite heavyweight) and the baddest in the division! As for 42-year-old Daniel Cormier, retirement talks were looming since last year, and he would have to talk to his family to make that decision. There were a few media reports that (in my opinion) discredit DC as a legitimate champion in both the lightweight and heavyweight divisions, pushing for his retirement and claimed that got ‘creamed’ by Stipe which is far from the truth since he was winning the match before that fourth round. If DC decides to fight one more match, there are talks about either a trilogy fight between either him and light heavyweight champ: Jon Jones or one more against the new heavyweight champ, Stipe Miocic. Whatever his decision is if he does not retire, I’m all for it!

This piece was a lot of fun for me to write, as the return of these fighters and this great card made me remember why I was passionate about MMA in the first place! If you wanna talk MMA with me, feel free to leave a comment, and if you’re on twitter, follow me (@Monique Yip). See y’all next time!