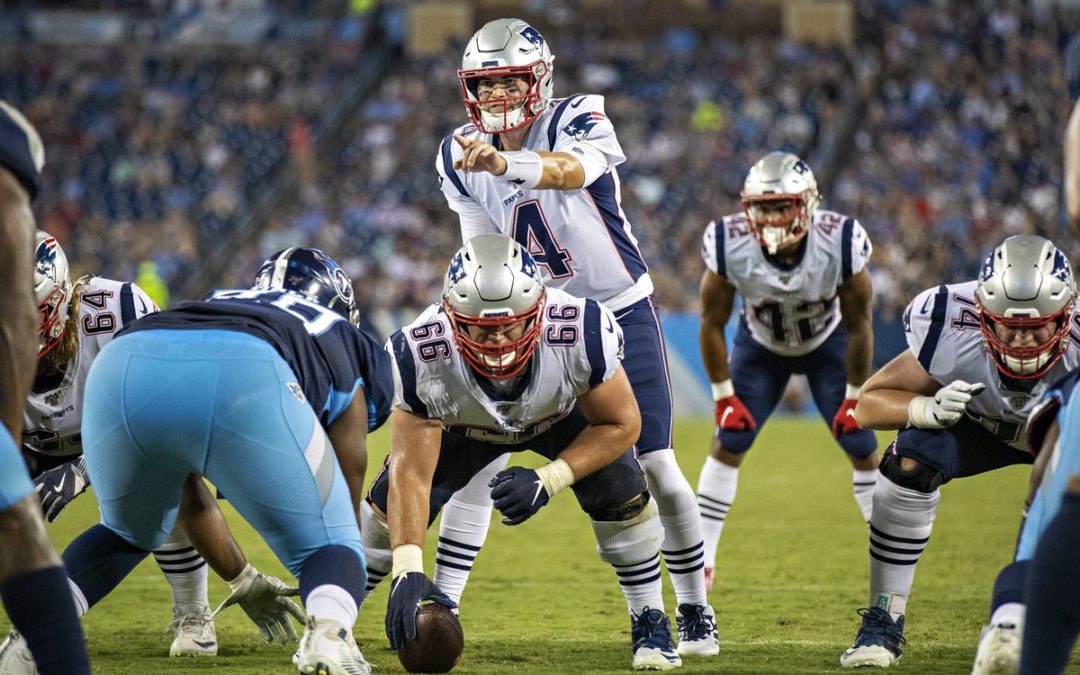 The Patriots preseason got off to a roaring start as they marched past the Titans this weekend. Patriots fans and NFL fans around the league will look at the box scores and roll their eyes at another Patriots victory, however this off-season and early pre-season has been different than those in the past. Tom Brady is yet to take a snap this pre-season, which is not entirely that strange of an occurrence considering he is 42 years young at this point. The real surprise of the early season hype train on the Patriots is how well the defense has played. They look much improved. The defensive line has been causing havoc in both games that have been played. Chase Winovich, a 3rd round rookie from the University of Michigan, had a great game vs the Titans. He had one sack, a QB hit, and 7 hurries. Byron Cowart continued his hot start with a dominating bull rush on the LG of the Titans to get a sack early vs the Titans 1st team offense. The Patriots, who arguably have one of the best secondaries in the league, forced the Titans to keep their 1st team offense on the field for the first three drives of the game before they brought in Ryan Tannehill. Look for the Patriots defense to be much improved with the added rookie pass rushers, as well as adding veteran Michael Bennett and getting Jamie Collins back into the LB corps. With Hightower and Van Noy, this defense might be the best the Pats have had since the early 2000 Patriots teams.

On offense, there have been surprises as well, but also a lot of questions from this group. The competition to be Brady’s backup has been nothing but class by the incumbent, Brian Hoyer, and the new kid in town, Jarrett Stidham. Both have excelled this preseason and Stidham looked very impressive in the win against the Titans, leading the Patriots on a 99 yard drive to take the lead late in the game.

The Patriots have only kept 3 QBs a few times in Brady’s career, so this decision will be to keep Hoyer or cut Hoyer; but one thing is for certain: the former Auburn Tiger, Jarrett Stidham, is staying. The other and probably most troubling competition has been at the WR position. The Patriots got news last week that Josh Gordon will be reinstated. With the news that Gordon will be heading to the NFI list immediately, the Pats have time to evaluate what they are going to do at WR position. Evaluation and competition is rampant, however the litany of injuries that have occurred has left Brady throwing to a number of guys many have not heard of. Julian Edelman is nursing a fractured thumb, however he should be ready for Week 1. N’Keal Harry, the 1st round pick from Arizona State, has been on and off the practice field. He flashed in the first preseason game with a couple of nice grabs and then limped off grimacing in pain. Phillip Dorsett has a hand/thumb injury, Maurice Harris was banged up last Wednesday in joint practices with the Titans, and Demaryius Thomas and Cameron Meredith are on the PUP. As a result, the Patriots have been relying on Dontrelle Inman, 2018  6th round pick, Braxton Berrios, Div. 2 Bemidji St. product, Gunnar Olszewski, Damoun Patterson, Jakobi Meyers, and Ryan Davis out of Auburn.

Not exactly Randy Moss and Wes Welker here, however the Patriots often convey the next man up mantra and in the spirit of that, in stepped Jakobi Meyers out of NC State. Jakobi Meyers has been the star of the receiving core and with the recent news that Dontrelle Inman has asked for and was granted his release, it gives Meyers another leg up on the competition. Meyers a former QB that transitioned to WR at NC State and set a school record for catches in a season with 93 last year. In two games so far, he has 12 catches for 151 yards and 2 TDs. Meyers has earned himself a spot on the 53 man roster. One thing is for sure, this will either be the worst group of WRs the Pats have ever had or a very talented group, but all of it depends a lot on a group of guys that are not very healthy right now. With all this intrigue as a Pats follower, I know a lot of what we have seen so far is not what we will see in September and October, because the Pats are constantly evaluating and re-evaluating like no other team in the 100 year history of the NFL.