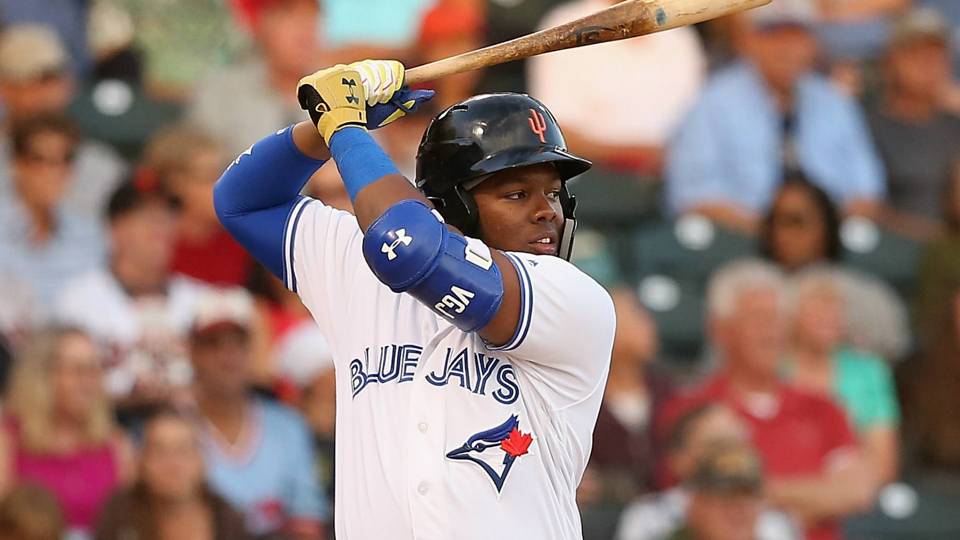 Hey, what is up sports fans, how has your week been? It’s been a crazy one for me, especially in the sports world! You never know when you get to see heated moments and this week was full of them both in the MLB and the UFC! The anticipation of a confrontation escalating further, even blood spilling at the hands of another! I know the suspense is eating you alive so let’s get down to business!

MLB: This Could Have Been A War

For those who don’t watch baseball on the regular, sometimes you can be privy to witness some very aggressive confrontations between teams. All it takes is one heated moment between two players, and tempers can flare! For the Toronto Blue Jays, there was a moment between 3rd baseman and the #1 hitting prospect, Vladimir Guerrero Jr. (Vladdy), and New York Yankees pitcher, Tommy Kahnle, on Friday night’s home game. It was evident to fans that the Yankees were down by a lot of runs in the game, and Kahnle’s first pitch to Vladdy almost hit him near his face! Safe to say Vladdy didn’t like that at all, and Kahnle didn’t like his stare back! As fans like me waited to see if anything escalated further, Kahnle ended up walking Vladdy and the Blue Jays’ first base coach calmed down the prospect.

The Los Angeles Dodgers took the confrontation one step further on Friday night’s home game against the Arizona Diamondbacks. This game was already in extra innings, and during the 11th inning, Dodgers’ center fielder, AJ Pollock, claimed he was hit on the wrist by the Diamondbacks’ closer, Archie Bradley. The umpires ruled it an out with Arizona catcher, Carson Kelly, catching the ball. The Dodgers challenged the call, but unfortunately there was not enough evidence to overturn it. AJ exited the field and exchanged words with the umpire, and Bradley did not like that he was taking too long. The Diamondbacks ended up winning 3-2, and shortly after the game was over, Bradley started yelling at the Dodgers bench. Led by my favorite pitcher, Clayton Kershaw, Alex Verdugo and Justin Turner, the Dodgers made their way to the field where the Diamondbacks were already there celebrating their overtime victory. There was a lot of pushing and shoving, but no punches were exchanged, even Dodgers’ manager, Dave Roberts, got irate by a player in shorts who looked like the Diamondbacks’ starting pitcher, Robbie Ray. So, the lesson here is that heated moments in the MLB can lead to wars. As much as I would have loved to see my favorite players throw a combination or two, I am glad no one got injured or suspended with playoffs just weeks away!

MMA: Bring on The Violence!

This was the first time the UFC hosted a fight night event in Uruguay, Argentina; and the fights, especially on the main card were entertaining to say the least! The third fight on the main card was between two light heavyweight fighters I love to watch: Volkan Oezdemir vs. Ilir Latifi. I am sure I can speak for many MMA fans when I say many were anticipating this fight on the card because with these two fighters, it’s a guaranteed fun fight! Both light heavyweights were exchanging an evening amount of strikes in the first round and the fight looked like it was close at first…that would all change in the second round. Late in the second, both fighters were still exchanging strikes, but Oezdemir looked like he had the edge. After backing his opponent to the cage, Oezdemir landed a beautiful left hand which sent Latifi down, and Oezdemir followed up with a couple more left hands to the face for a stunning TKO victory. It was great to see Volkan Oezdemir back in the winner’s column, and even though that was an impressive showing between two aggressive fighters, none was greater than the co-main event.

Ever since his run in The Ultimate Fighter (TUF) in 2015, I have been a big fan of welterweight: Vicente “The Silent Assassin” Luque. Although going into this fight I had my favorite already picked in Luque, it is very hard not to take a liking to his opponent. After losing to “Cowboy” Donald Cerrone last year in Denver, “Platinum” Mike Perry was set to face Luque in this past Saturday’s co-main bout, and he is without a doubt, probably the fighter with the most entertaining personality. Perry had his moments even before entering the octagon, dipping and planting two kisses on his fiancé, which created quite the buzz in the crowd and at home! Now to the actual fight, the strikes thrown between the two welterweights were quite close at the end of the first, with Luque having the edge. It was not until the middle of the second round where Luque landed a combination which opened a deep cut above Perry’s nose. During the third round, both fighters were throwing both strikes and kicks and in the middle of the round, Perry had Luque in a clinch and the crowd was not happy with the “lack of action” in the fight. So of course, in Platinum Perry fashion, Perry flipped his middle finger to the crowd while in the middle of the clinch! As entertaining as that moment was, it wasn’t as epic as the flying knee delivered by Luque which pretty much broke Perry’s nose in that round. Perry tried to take Luque down but got caught by a guillotine submission made by Luque in the last minute and a half of the round. Perry’s blood from his nose cut was spilling all over Luque’s arm and on the canvas of the octagon, and even though the strikes were close, the judges gave The Silent Assassin the decision victory. A bloody ending to the fight, and I for one was not complaining! I can’t wait to see who Luque faces next. Who knows? It might be Stephen Wonderboy Thompson who he said during the post-fight interview he wanted to face, in upcoming New York pay per view just two months away!

That’s all for this week folks! Feel free to leave a comment, and if you’re on Twitter, follow me @MoniqueYip. See y’all next time for more amazing sports moments!