Opinion: B.J. Penn Should No Longer Be Fighting, and It’s Getting Embarrassing 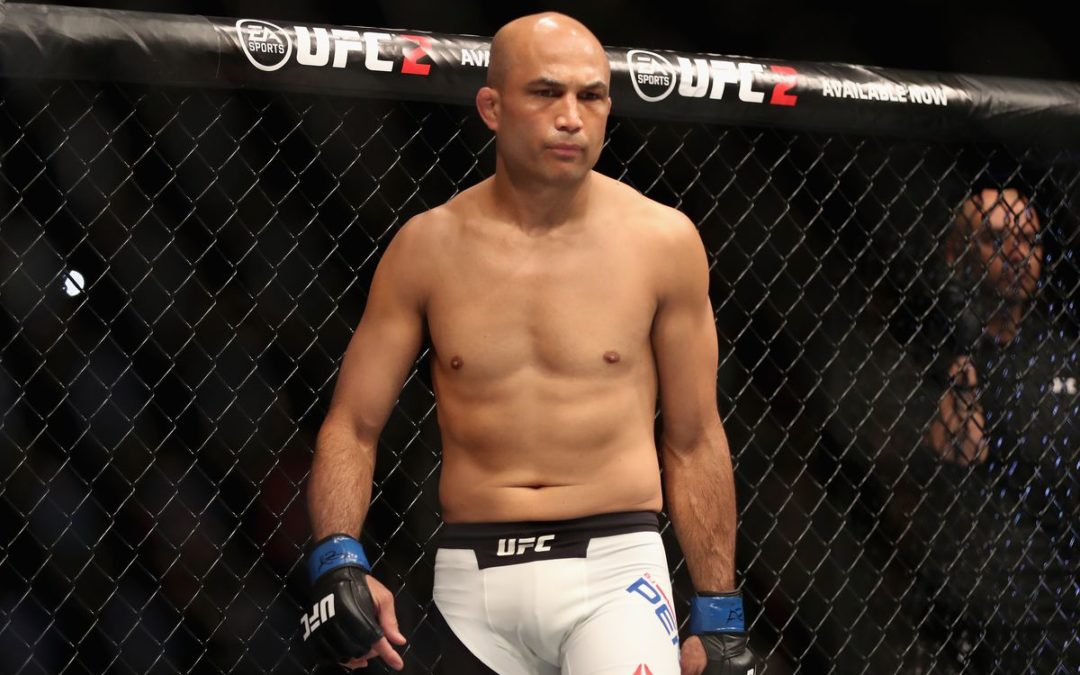 B.J “The Prodigy” Penn (16-14 MMA) has turned in an illustrious career, spanning over 20 years. He has defeated a who’s-who list of legendary fighters, which include, but is not limited to: Matt Hughes (x2), Carl Uno, Joe Stevenson, Sean Sherk, Jens Pulver, Kenny Florian, and Diego Sanchez. In addition, he became the second simultaneous two-division champion, (welterweight and lightweight). This feat has since been accomplished by Conor McGregor, Amanda Nunes, and Henry Cejudo.

Despite all of his success, the last eight years for Penn have been anything but spectacular. He currently rides a record-setting seven-fight losing streak. This streak includes losses to Clay Guida, Yair Rodriguez, Ryan Hall, Nick Diaz, Frankie Edgar, Rory MacDonald, and Dennis Siver.

On Friday, news broke from TSN’s Aaron Bronsteter that Penn’s next fight would be his last. While it has not been officially confirmed by the UFC, Dana White told Bronsteter that Penn would be fighting Nik Lentz at UFC 242 in Abu Dhabi on Sept. 7, which is headlined by Khabib Nurmagomedov and Dustin Porier for the lightweight belt.

Personally, as a Penn fan for many years, this news is downright sad. While I can’t speculate the reasons for why he wants to fight, there is a time and place to “stop the bleeding.”

In 2010, Chuck Liddell retired from the UFC after three devastating knockout losses in a row (Rashad Evans, Mauricio Rua, and Rich Franklin). White, who has known Liddell for over 20 years, encouraged Liddell to retire after the Franklin loss. He obliged, despite returning to MMA in 2018 for a one-off trilogy fight with ex-UFC champion and Hall of Famer, Tito Ortiz.

To me, it’s unfortunate how Penn’s legacy may already be tarnished because of his losing streak. Will I watch his next fight? Of course. Do I really want to? No. What I am rooting for though, is a safe fight and for a legend to leave Abu Dhabi, the UFC, and MMA with a win.