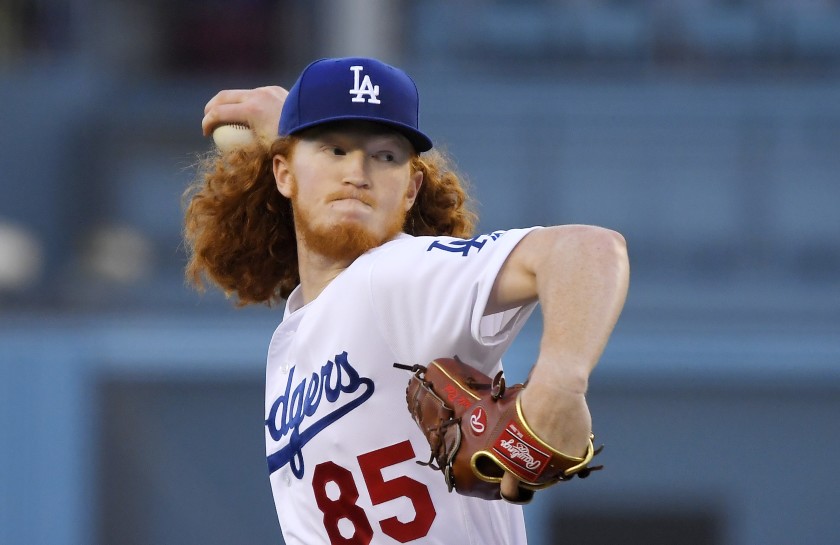 Hey what is up sports fans?! Man, I’ve missed y’all these past few weeks! I was under the weather for bit, BUT NOW I am back and better than ever to deliver you some of my favorite moments! This past week felt kind of like the start of spring in the sports world. There were a lot of new beginnings in both baseball and MMA that I feel deserve some recognition so let’s get started, shall we?

The baseball season is winding down with teams having less than 60 games before playoffs begin- and this fan can’t be more excited! Many teams made blockbuster trades, including the Toronto Blue Jays who traded away two of their aces, starting pitchers: Aaron Sanchez and Marcus Stroman. Not only did the Blue Jays make those trades count, last Sunday, they also called up one of their most promising prospects; a player I was PATIENTLY waiting for their debut: 21-year-old, Bo Bichette to play the shortstop position, in the series against the Kansas City Royals. Bo hit his first home run on Wednesday night, a solo shot to help his team sweep the Royals in the 3-game series! After the game, the rookie shortstop felt like that was the moment his career officially started, and I for one, cannot wait to see what else he brings to the team!

My beloved Los Angeles Dodgers were also quite busy as the trade deadline approached; they also called up their #2 prospect to start during Friday’s game against the San Diego Padres. At the ripe age of 21, right-handed pitcher, Dustin May, made his rookie debut on Friday, pitching a little over 5 innings. There was some “traffic” in the first two innings for May as Dodgers manager, Dave Roberts, would put it, but the rookie pitcher kept his composure and started to get into a groove. May’s cutter was working wonders in the middle innings, and with three strikeouts recorded and no batters walked, not a bad start at all for this rookie! Unfortunately, the Dodger offense struggled, and they lost the game to the Padres by a score of 5-2. Dave Roberts has already confirmed that Dustin May will get his next start against the St. Louis Cardinals next week, so it looks like we will get to see more of him this season!

Week 6 of season 3, Dana White’s Tuesday Night Contender Series just passed, with the president of UFC handing out UFC contracts to four out of the five MMA fighters who won their fights. All four victorious fighters were impressive in their fights, but there was one I had my eye on before that night. 25-year-old: Tracy Cortez who fights out of Neuro Force One in Scottsdale, Arizona had an impressive showing against her opponent: Mariya Agapova, and a story that touched my heart on another level.

It was always Tracy’s older brother’s dream: Jose Cortez to make it to the UFC, he was a pro-MMA fighter who unfortunately passed away in 2011 from germ cell cancer. Jose, who was also wrestling teammates in high school with UFC Bantamweight and Flyweight champion: Henry Cejudo, was the one who first introduced Tracy to MMA at the age of 14. Tracy was quite the black sheep of the family, which was evident after her brother’s death as she hung out with the wrong crowd. Her training became inconsistent, and she struggled with depression on her path to become a pro-MMA fighter. It was her father who snapped her out of her funk, making her realize that she was better than how she was acting which helped Tracy progress. Her journey came to a small stop when her mother passed away from thyroid cancer in 2016, where she almost gave up on her MMA dreams. Tracy’s mom told her not to give up because she was special, and all that has led her up to this point. On Tuesday night, Tracy left it all in the octagon, very deserving of that contract and was quite emotional when she found out she made it into the UFC. With her brother and mother looking over her, all the support from family, friends and fans, this is only the beginning for Tracy Cortez. I can’t wait to see her UFC debut fight!

I don’t always get to tune into Legacy Fighting Alliance (LFA) bouts, but I was glad I could catch some of the fights on Friday night! My personal favorite was the main event, which was revised as one of the fighters in the original match-up didn’t make weight. To be honest, I am kind of glad the main event got changed because I got to witness two great featherweights: Fortis MMA gym’s own, Austin “Lights Out” Lingo and Solo Hatley Jr. throw down. Lingo made it a fast fight, with a knockout victory against Hatley 25 seconds into the very first round! After a brief pause due to Hatley’s low kick to Lingo’s groin, Lingo showed us why they call him Lights Out, moving forward and hitting his opponent with an overhand right, which sent Hatley stumbling back, following up with a 1-2 combination and finally one more overhand right to seal the victory. Lingo is now sporting an impressive 6-0 record, and one to watch out for as he chases for the featherweight title!

UFC Newark: A Star is Born

The highly undermined UFC Newark fight night took place Saturday afternoon (due to the NFL Hall of Fame ceremony taking place that night), in the Prudential Center, New Jersey. I along with many MMA fans didn’t think much of this fight card, but there were fights that did not disappoint, and some (unfortunately) that did- MMA fans know about that main event, we need not to relive that fight. HOWEVER, I will admit, there was one fight I was looking forward to, which took place early on the main card.

Twenty-three-year old Afghan lightweight: Nasrat Haqparast, became one of my new favorites since his UFC debut last year. Training out of Tristar Gym, Nasrat was set to take on 30-year-old Brazilian fighter: Joaquin Silva, and man did Nasrat make quick work in that second round. With the legendary, George St. Pierre in his corner, and well-known coach: Firas Zahabi, Nasrat took his time in the first round to “collect inventory” and feel out his opponent as commentator: Jon Anik would put it, avoiding most Silva’s hits. Come the second round, Nasrat’s left hand was ready to unload on his opponent, and unload he did with a massive overhand left that sent Silva to fall back to the canvas of the octagon. Nasrat followed up with a few more overhand punches and finished his opponent ground and pound style for the impressive knock out victory! Nasrat was very humble in victory and thanked his corner immensely for their mentorship. With this being his third straight win in the UFC, there really is no stopping this kid!

That’s all for this week folks! Feel free to leave a comment, and if you’re on Twitter, follow me @Monique Yip. See y’all next time for more amazing sports moments!