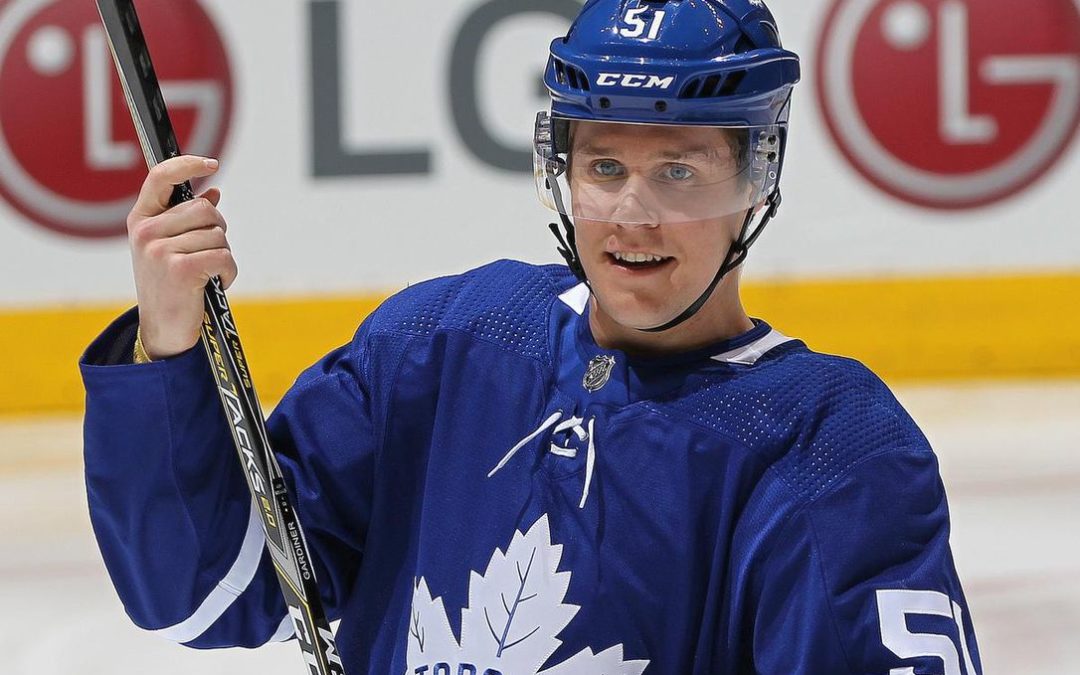 I really thought Gardiner would be one of the first free agents off the board on July 1. Now we are sitting on July 13, and he still has not found a home. Rumor is, teams are being scared off by the nagging back injury he had during the second half of last season. However, there are still plenty of teams looking for help on the blueline. I firmly believe he will sign with a team soon, despite these concerns. Currently demanding $7 million AAV, he could also be too pricey for most teams.

My Take: Signs with the Winnipeg Jets or New Jersey Devils

“Jumbo Joe” is still going strong. Now at age 40, he can still contribute in the bottom six and step into a scoring role if needed. Potentially entering his 22nd season, he is still producing like a second line forward (51 points in 73 games). I can’t think of any team that wouldn’t want that in their lineup. However, I think he only goes back to San Jose if Doug Wilson can somehow swing it with the remaining cap space he has.

My Take: Signs with the San Jose Sharks

Now the former captain of the “bunch of jerks”, Williams could be contemplating retirement. Now 37 years old, he probably doesn’t want to play for anyone but the Hurricanes. He continues to be productive coming off a season where he posted 53 points (23 goals, 30 assists) in 82 games. The Hurricanes would probably welcome him back because of this, as well as the intangibles he brings with his character and leadership.

It’s surprising to me that Maroon has not either re-signed with the St Louis Blues or found a new home elsewhere this offseason. Following a Stanley Cup win, and an average season wearing the blue note, he is rumored to be looking for a long term deal. This may be why he hasn’t signed with anyone yet. Now on the wrong side of 30, some teams may also be wary of him declining. However, I think there will be at least one team that will commit that extra year on a forward that can still score and create havoc in front of the net.

My Take: He will ultimately re-sign with the Blues closer to training camp

Traded to the Carolina Hurricanes by the Toronto Maple Leafs and subsequently bought out, Patrick Marleau is still a skilled forward that could potentially help a lot of teams. At age 39, he continues to be a solid contributor on the scoreboard with another 30+ point season. Going into his 23rd NHL season, and coming off his tenth straight full season, Marleau can still score and wreak havoc with his speed. I would be surprised if he doesn’t get a deal from someone. Although, rumors abound that he only wants to play on the west coast, preferably with the Sharks.

My Take: Signs with the San Jose Sharks on a short term deal

An effective forward who plays a niche role. Big, strong and still relatively mobile, Boyle can provide a team with faceoff prowess, solid penalty killing, and the occasional goal. I believe he will be signed before training camp by a team who needs extra grit in their bottom six. He could also retire.

Once a top line forward, Derick Brassard has fallen off in recent seasons. Over the past two seasons, he has played for four teams and has posted a meager 69 points (35 goals, 34 assists) in 142 games. That’s a far cry from the three straight seasons with 40 or more points. Still, he is a solid option for the third or fourth lines who can step into the top six in a pinch. Probably only going to be a short term deal, since he is over thirty.

My Take: Signs with the Blue Jackets