The Lowdown on Carlow 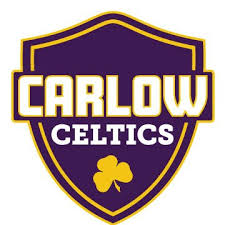 The Carlow Celtics are a college basketball team from just about five minutes outside of the city of Pittsburgh, PA in an area called Oakland (also the home of the University of Pittsburgh Panthers). They compete in the National Association of Intercollegiate Athletics (NAIA) and in the River States Conference (RSC).

Last year was a rough year for the Celtics. They finished up the year winning one game and losing 29. That is something that wasn’t expected at all since this team is typically very good.

A key player, Tony Acrie, decided to call it a season for himself in the middle of the season for reasons undisclosed. He was a favorite of mine to watch play on the court; he really gave it his all the entire game. He is currently seeking a pro team and playing in a summer league. In his 13 games with Carlow last season, he averaged 14.7 PPG.

River States Conference Champion Character Award went to Carlow’s own Dylan D’Alessio. This award is given to players who excel in the following five traits: respect, responsibility, integrity, community service, and leadership.

This off season, the Celtics did manage to sign a few talented players to continue their basketball career at Carlow University, including Hunter DeStefano of Penn-Trafford, who was originally committed to California Pennsylvania University to play baseball. Having a very athletic player who shows up and always gives it 110% will be great for the team. I personally cannot wait to see him start his journey with Carlow.

The Celtics also gained two players from Nazereth Prep High School in Trey Harvey and Eugene Goodwine. I really like that these two players are continuing their college careers together. These two played together in high school will play well together in the college game.

Malcolm Randall, out of Northgate High School, also made the commitment to Carlow for basketball. This is another player that I am really excited to see blossom. From what I have seen of him and heard from his high school career, he is a stud on the court.

One more announced signee is AJ Sharp from Jeannette High School. Sharp is an all-around great player that will help this team in many ways.

Carlow should return to being the team they were before this slow season. They have a lot of new talented players with energy to compete alongside players that can help them learn even more. The River States Conference should once again take note of these Celtics.