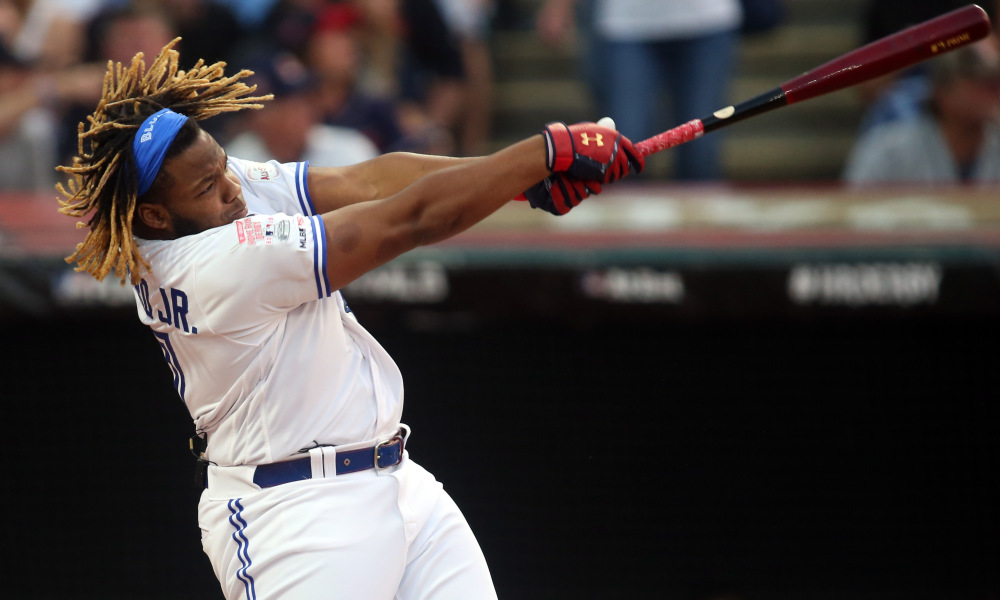 What’s up everyone? I am writing to you today from the sunny town of Charlotte, North Carolina this weekend, hope everyone had a great week! Man, this last week for me was all about those home runs and knock-out performances, and I can’t wait to discuss some of my favorite moments with you! Let’s get started, shall we?

MLB: The Battle of the Dingers

Guys, I really hoped y’all watched the 2019 home run derby because MAN it was bananas! Especially during that second round, where The Toronto Blue Jays 3rd baseman, Vladimir Guerrero Jr., teed off against my Los Angeles Dodgers’ outfielder, Joc Pederson. Now guys, if you watch baseball consistently, you would know how special Vladdy is. He was the #1 hitting prospect in the MLB who got brought up by the Jays from the minors. He is also the son of the famous Vladimir Guerrero, who played for the Montreal Expos many years ago. It was expected that he would be fully groomed for his first home run derby, and he is also the youngest player to compete in the contest!

Vladdy’s performance did not disappoint. In the first round alone, he broke the record for number of home runs scored in the first round of the home run derby with 29! As exciting as it was for him to break that record, Vlad wanted to make 30! He ended up tying that record in the second round, which impressed his opponent, Joc Pederson, as he looked on. But the Dodgers’ outfielder put up a great fight and ended up tying Vladdy with 29 of his own home runs, which resulted in a tie breaker! Both players ended up tying again 8 home runs each and then tied it up again during the second tie-break swing-off!

The two amazing performances between the hitters ended after the third tie-break ended where Vladdy hit a total of 40 home runs to Joc’s 39. The young Blue Jays hitter would advance to the final round and lose to the New York Mets’ Pete “Polar Bear” Alonso for the title. But honestly, Vlad was the real winner of the night. It was still a great night of dingers regardless of the outcome!

Did y’all notice how there have been back-to-back UFC cards the last few weeks? There is more to come next week as well and I’m all for it! This weekend the biggest MMA promotion was in Sacramento, California for a special fight night fans in town would never forget! There were a lot of great fights on the card but three of them stood out to me on Saturday night, starting with a preliminary bout.

The Golden 1 Center in Sacramento was blessed with a great set of preliminary fights, one bout between bantamweights, Team Alpha Male’s own: Pingyuan Liu and Jonathan Martinez. There was a heavy favorite for the Chinese fighter going into this contest, and the fight itself was close, up until that third round. Martinez delivered a deadly knee to Liu’s jaw causing the Chinese fighter to fall flat on his back on the canvas, winning this bout by knock out. Martinez’s knee was one of more exciting finishes of the night, great fight to both fighters and I must point out how Martinez has super nice hair just like Bruno Mars.

The fights got better as the night went on, but the one bout I was most looking forward to seeing was the co-main event: a hometown come back for 40-year-old, The California kid: Urijah Faber and fellow bantamweight: Ricky Simon. I have a lot of respect for Urijah Faber, and it was great to see him come out of retirement for this special fight in his hometown. He would be fighting Ricky Simon, a young bantamweight fighter who had the same aggressive tenacious fight style as himself! In the end, Faber finished Simon in the first round, with a perfectly placed right hand punch on the side of his head! Ironically enough, before Faber won the match via technical knock-out, Ricky Simon also hit him with a good punch, but it wasn’t enough to put the California Kid away, and as Faber put it, it was his experience that helped him win this fight against a well-respected opponent. Congrats to Urijah Faber, I hope he sticks around for a bit longer because I can’t wait to see him back in action!

Now the main event was meant to be an exciting fight between two women competing for a shot at Amanda Nunes’ bantamweight title: Germaine “The Iron Lady” de Randamie and the young Aspen Ladd. As many MMA fans saw and cringed at, Ladd struggle immensely during her weight-cut as seen during the early morning weigh-ins, and if you saw it, it looked like Ladd was almost killing herself trying to make that weight. The young 24-year-old looked a bit better after re-hydrating, but it was a huge concern for many to see if that would have any effect on Ladd’s performance. It just so happens that de Randamie won the fight via technical knock-out of the first round. The technical knock-out by Germaine de Randamie was exciting to watch but a lot of MMA fans would argue that the referee: Herb Dean stopped the fight too early after de Randamie landed that punch. Do I think it was an early stoppage by the ref? I do, however, if Herb Dean didn’t stop the fight after that one punch I still believed that de Randamie would have still dominated Aspen with a flurry of ground and pound punches. In the end, I am happy for de Randamie’s victory, and I hope the UFC grants her the title shot because the #1 seed has earned it!

That’s all for this week folks! Feel free to leave a comment, and if you’re on Twitter, follow me @Monique Yip. See y’all next week for more amazing sports moments!