The Rockets Rolled the Dice and Came Up Empty 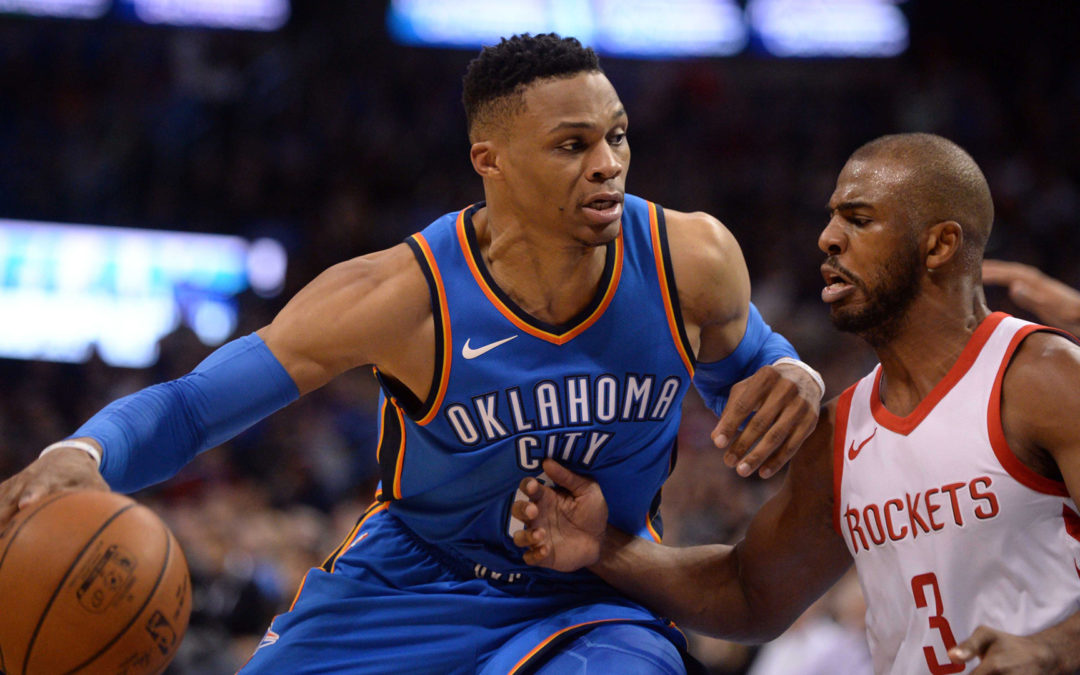 Clark Griswold walks to an ATM and withdraws thousands of dollars in the middle of Vegas. In his mind, he believes that he is a gambling pro and will overtake the Vegas strip with his gambling prowess. In reality, he is getting ready to lose all of the money he just withdrew and will end up rummaging through coffee cans in crazy Uncle Eddie’s desert yard to salvage his family’s future. The movie is Vegas Vacation (one of my favorite guilty pleasure movies), the year is 1997 and little did we know at this time how much of a glimpse it would give us into the 2019 Houston Rockets. 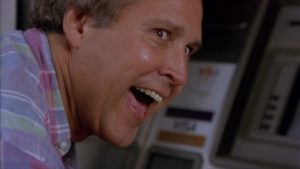 In 2017 the Rockets went all in. Daryl Morey walked to the ATM and withdrew everything he had to trade for Clippers superstar, Chris Paul. Morey is an analytics guy, believing that shooting a bevy of threes and layups is the only way to play modern basketball. His idea was to put young superstar, James Harden with a backcourt mate in Chris Paul and surround them with versatile wings that could shoot threes and play D. Morey cared about one thing, winning a championship and man was he close.

There’s a hilarious scene in Vegas Vacation where Chevy Chase’s character sits down at a blackjack table and begins to win. You can see the confidence as he continues to beat the dealer and struggles to hide a goofy smile. At the height of his winnings, the dealer at the table is switched and in walks in Wallace Shawn’s character, a short balding man with a big ego. He proceeds to dominate Clark Griswold over the next several hands while taunting him along the way.

As Daryl Morey went all-in with the Rockets, there was always someone there stopping them on the other side. Not only beating them but taunting them as they destroyed their hopes and dreams. The Golden State Warriors would never relent, time after time they would stop the Rockets right at the doorstep to The Finals. In 2018 the Rockets were up 3-2 in the Western Conference Finals against the Warriors when Chris Paul went down with an injury. The Rockets had all of the momentum and then proceeded to miss 27 straight 3-pointers over the next two games and blow the series while the Warriors marched on to win the championship.

After blowing it all, Clark Griswold finds himself changing his strategy. He goes to Uncle Eddie’s and digs up money and goes to a different casino. A casino where the main games are Rock-Paper-Scissors and pick a number between 1 and 10. He believes that by changing his strategy that he will win all of his money back. That’s where we find Daryl Morey at the moment. On Thursday, July 11th Daryl Morey changed his strategy. Instead of riding out his team one more time, he goes digging in Uncle Eddie’s yard and trades Chris Paul, two first-round picks, and two pick swaps to the Oklahoma City Thunder for high usage star, Russell Westbrook. In a wide-open Western Conference, Daryl Morey now believes that by pairing his Superstar (Harden) who dominates the ball with another superstar who dominates the ball (Westbrook) that now will be his chance to win it all. But in reality, he might have made his team worse.

The fit between Harden and Westbrook is weird. Of course, Westbrook at the current moment is a better player than Chris Paul, but their games are significantly different. Paul can play a little off the ball and is a good facilitator while being a constant threat from mid-range and the three-point line. Westbrook, on the other hand, is a below-average shooter and must have the ball in his hands. His game is predicated on getting large stat-lines while driving to the rim and using his freakish athleticism to dominate opponents. Westbrook isn’t great off the ball and usually forces the issue when he is in control. Don’t get me wrong, Westbook is a very talented player, but hasn’t shown that he can be the best player on a championship team. Now, Westbrook is added as the second-best player to a team with a Superstar who has to have the ball in his hands, James Harden. Harden had the highest usage rate in the NBA last year at a staggering rate of 40.5%. Guess which other player was also in the top 10 of Usage Rates with an average of 30.9% per game? Russell Westbrook. So how do they play together? What happens when one of them decides to shoot for 5 straight possessions and leaves the other hanging out on the perimeter? It’s a disaster waiting to happen and one that will doom the Rockets for a long time. They over-thought themselves. They could have kept together the same roster, maybe try to trade for Andre Igoudala and could have been the favorites in the West due to their continuity. But now? They went All-In again trying to pair together two superstars that don’t necessarily fit.

After losing it all (for a second time), Clark Griswold does what all responsible men would do in his situation. He drives a charter bus through Wayne Newton’s house to rescue his wife from infidelity, goes and picks up his daughter from a Go-Go Club, and then finds his Son who has faked his identity and has won numerous cars. (Vegas Vacation is ridiculous, but I love it. Sue me.) He then rounds up his last remaining change and buys a Keno ticket at a local casino. In a feel-good moment that redeems his character, the ticket ends up losing, but the man sitting next to the family has a heart attack while dropping the winning ticket to the floor. The Griswold’s pick up the ticket, turn it in and win back a fortune after gambling it all away. So maybe there is a light at the end of the tunnel for the Rockets. Maybe during the next playoff run, Kawhi Leonard and Paul George get hurt again and can’t play for the Clippers. Maybe LeBron and Anthony Davis get defeated by the Monstars in Space Jam 2 and are trapped in another world. Maybe they can pick up their ticket off of the floor and finally win. Or maybe they out-thought themselves and will end up at Uncle Eddie’s again. I don’t know about you, but I’m excited to finally get the sequel to Vegas Vacation!