Kara Lawson to the Celtics 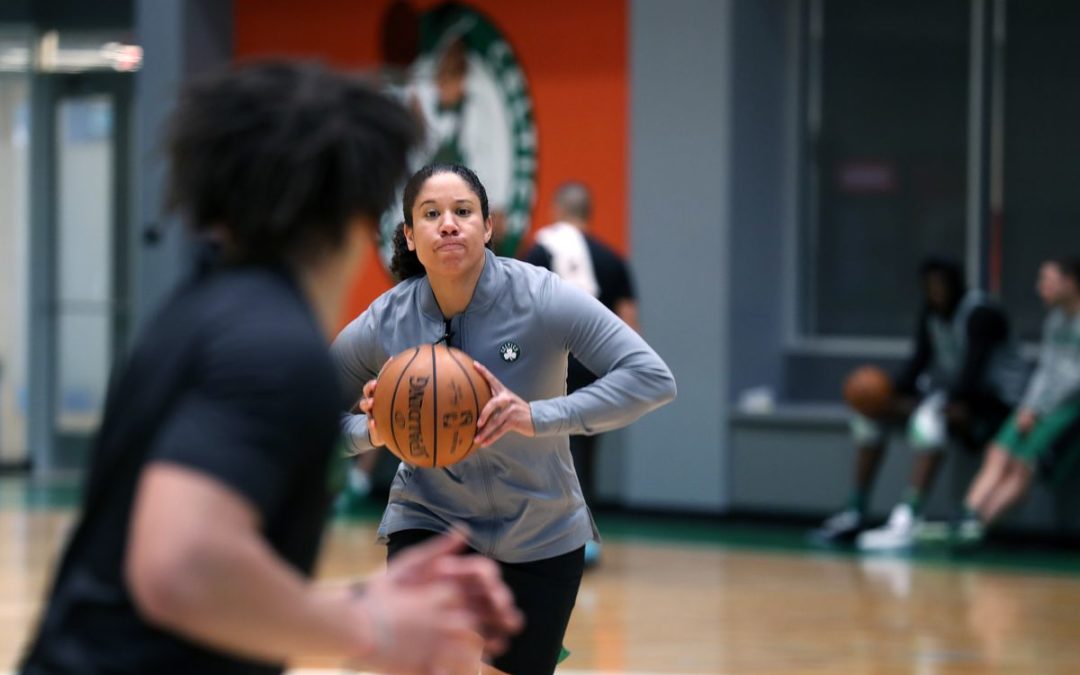 The NBA continues to be the league to break down barriers. Kara Lawson will be joining the Boston Celtics’ coaching staff in the upcoming season. Although, Lawson may not have any coaching experience, she is still the perfect candidate.

Lawson used to play for legendary, Pat Summitt, during her tenure at the University of Tennessee. During her time at Tennessee, she helped the Volunteers reach three Final Four appearances. It’s pretty difficult to find any other better example of coaching, then from learning from the best. She has spent some time playing internationally, by representing the United States in the 2001 Beijing World University Games and bringing home a gold medal. As a professional, Lawson returned to Beijing to bring home another gold medal from the 2008 Olympic Games.

She’s played in the WNBA for 12 seasons. In 2005, she was a key member of the Sacramento Monarchs in winning the WNBA title. In 2007, she had the luxury of earning a WNBA All-Star position.

Lawson learned the game of basketball in unconventional ways. Her closest experience to coaching would be when she serves as an adviser for USA Basketball’s 3-on-3 teams, preparing them for the 2020 Tokyo Olympics. She’s also used the media platform to showcase her basketball IQ as a commentator for ESPN. She’s commentated for men’s and women’s college basketball, WNBA and NBA games. She’s burst some barriers as a broadcaster as well: first woman as a nationwide broadcast analyst for an NBA game (2007 NBA game between the New Orleans Hornets and the Washington Wizards) and one of the first primary female TV analysts for an NBA team (Brooklyn Nets).

Lawson now extends the group of NBA female coaches to four, by joining Becky Hammon of the San Antonio Spurs, Jenny Boucek of the Dallas Mavericks, and Lindsay Gottlieb of the Cleveland Cavaliers.